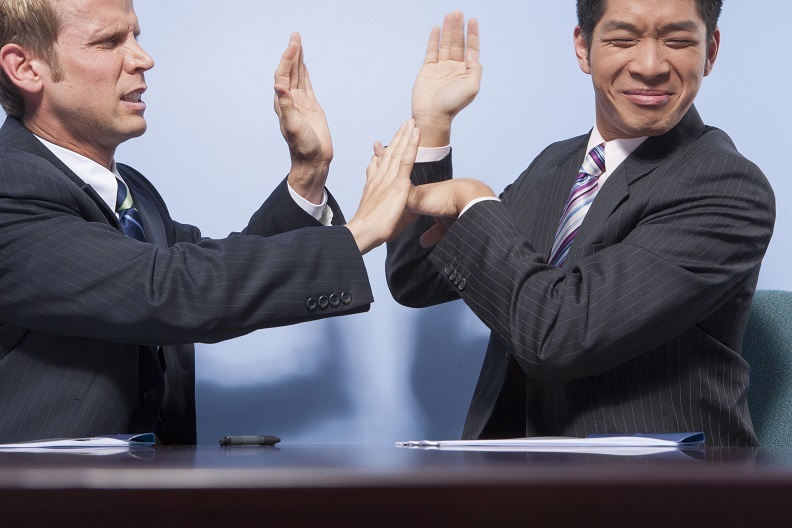 Every year the Merriam-Webster dictionary adds new words to its latest addition. In 2020, for example, they added the word slow-walk, which means “delaying the progress of something by acting in a deliberately slow manner.”

And they added deepfake, which is “an image or recording that has been convincingly altered and manipulated to represent someone as doing or saying something that was not actually done or said.”

Both of those words, or the actions they describe, represent significant threats to the quality of our communication and relationships.

But I predict Merriam-Webster will be adding cancel culture to its 2021 edition as a new word or phrase. It’s all about trying to eliminate anyone or anyone’s ideas or behaviors that somebody else finds offensive. It’s all about shutting down communication rather than opening it up. It’s bullying on steroids.

So you need to have some communication strategies in your back pocket so you don’t become the victim of cancel culture. Here are a few tips to get you started.

► 1. Attack the problem, not each other.

When someone is trying to bully or cancel you, do not respond with putdowns, name calling, sarcasm, innuendos, and wise cracks. Such tactics may sometimes help you win the battle but ultimately lose the war.

You have a choice; you can be as smart as a wild horse or as stupid as a wild donkey. You can kick the problem or you can kick each other.

And if you’re not sure which category your remarks fall into, just ask yourself one question. Would I like the other person to treat me the way I am treating them? If your answer is “no,” change your tactic.

► 2. Back up your accusations with observations.

It doesn’t work to tell another person that they are bullying or canceling you if you can’t give any examples of that behavior. Without examples, the other person won’t believe or understand you.

If you need to confront someone … and yes, some people’s inappropriate behavior should be confronted … it’s your responsibility to gather your observations first. Write them down if you have to. What did you see and hear that seemed unprofessional, demeaning, or hurtful? What seemed to damage the relationship rather than help it?

When you do that, you’ll be able to back up your comments with meaningful examples. You will be able to communicate your observations clearly and confidently.

Indeed, confidence is so critical that it is the first of six practices in what I call The Champion Edge. It’s what the true winners and top performers have mastered in all walks of life.

So I invite you to register now for The Champion Edge Master Class and take advantage of our St. Patrick’s Day Special.

Make it a rule of thumb to keep your complaints and confrontations up to date. Don’t store them up and then blurt them out ad nauseum. Outlaw complaints that are more than six weeks old. And ban such comments as, “I remember six months ago when you…”

When you bring up old complaints, two things are bound to happen. First, the other person may not remember the incident you’re talking about. And then you end up fighting about whether or not it actually happened.

Second, if the other person does remember your old complaint, they will probably recall it quite differently than you do. Then you end up fighting about who said what and when.

You can get rid of all that nonsense by sharing your comments as soon as possible … in the present. If the other person behaves in a bullying or canceling way, right then and there you could say, “That’s the kind of behavior that I find belittling and disrespectful.”

Stay away from general statements that have hidden messages. It’s a devious way of hoping the other person will figure out how you feel. It seldom works because bullies and cancel critics aren’t tuned into you. It’s all about THEM.

A wife might criticize her husband as he sits at the breakfast table reading the newspaper. She says, “I wish you wouldn’t slurp your coffee.” But underneath her comment is her “real” message, the hidden message of “I feel hurt when you spend more time on the paper than you do talking to me.”

Don’t expect your coworkers, your family members, or anyone else for that matter to read your mind or read between the lines. You’ll simply end up frustrated and angry, and the other person will wonder what you’re upset about.

Just come out and say it straight. Say what you mean. Don’t be like the woman who hired the well-known author James Farmer to write a comprehensive book on her genealogy. As Farmer conducted his research, he discovered that one of the woman’s grandfathers had been electrocuted in Sing Sing Prison and that information would have to be included in the book.

The woman pleaded with Farmer to find a way to say it that would hide the truth. When the book appeared, it read as follows: “One of her grandfathers occupied the chair of applied electricity in one of America’s best-known institutions. He was very much attached to his position and literally died in the harness.”

We’re in the midst of cancel culture. It’s a time of great conflict. But conflict is inevitable. Indeed, conflict has always been with us and will always be with us because people will never see things the same way or agree on everything.

However, with these techniques and ones I will share with you in next week’s Tuesday Tip, you will at least establish some understanding and generate some respect. And that’s a step in the right direction … away from bullying and towards engagement.

Dr. Zimmerman’s Tuesday Tip, Issue 1082 – How to Get Through to People Who Are Trying to Destroy You