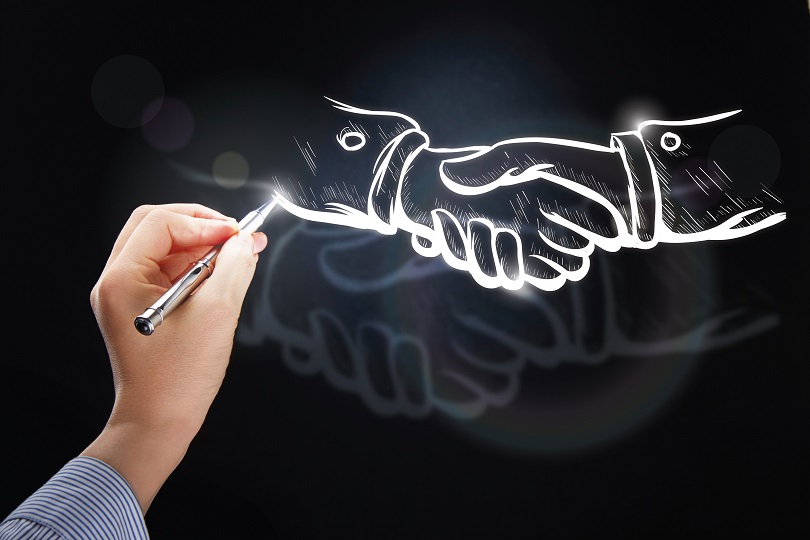 In a few weeks, Hollywood will be releasing another Ghostbusters movie. And you already know the key line in the movie, “Who you gonna call? Ghostbusters!”

The key line these days is “Who you gonna trust?” The trust and approval ratings of the President, the Congress, the press, social media, the CDC, and giant tech companies are in the tank. Most of us have a hard time believing they’re always telling the truth and always looking out for our best interests.

And that is a sad and scary place to be.

As leadership expert Warren Bennis concluded, there is no substitute for trust. He says, “Trust is the lubrication that makes it possible for organizations to work.”

In other words, without trust, organizations aren’t going to make it. And neither are you or your relationships. As I tell my clients, “Trust is a must or the relationship will bust.”

Now I realize that you and I may not have the power to clean up all the people and organizations I listed above, at least not immediately, but you always have the power to become a more trustworthy individual. I highly recommend it. This is how you do it.

► 1. Care more about the well-being of others.

In other words, when your words and actions demonstrate your caring for the well-being of others, you build trust. Edward Reede, one of my Tuesday Tip subscribers, gave me a perfect illustration as to what caring looks like. He told me a story about his father, Dr. Hal Reede, and Mr. Endicott Johnson.

At the gate of the plant, an old man met Dr. Reede, shook his hand and asked what business he had there. After Dr. Reede explained who he was and that he was there to perform a labor audit at the request of a union, the old man simply introduced himself as Johnson and personally conducted a tour of the plant for Dr. Reede.

Johnson introduced Dr. Reede to about 5000 employees — by name — and asked each of them how their spouses and children were doing — by name. During the tour, Johnson heard about one employee’s son who had just broken his arm. Johnson took out his own wallet and forced the man to accept money for medical bills they both knew were coming. Johnson wasn’t just those workers’ boss; he was their best and closest friend.

Upon returning home, Dr. Reede’s report to the union was simply that the union “had never recruited a worker at EJ and never would while Johnson lived!”

Caring is Golden-Rule behavior where you treat others the way you would want to be treated. Caring is going the extra mile. People tend to trust you when you talk and act like that.

As Congressman J. C. Watts says, “Character is doing what’s right when nobody’s looking.” In other words, you can’t goof off when the boss is gone and think it’s okay, just as long as you don’t get caught. No! That’s not trustworthy behavior. That’s being a thief.

You can’t tell your spouse that you’re going to give up drinking, or any other bad habit, and then figure there’s nothing wrong if you sneak a little on the side, as long as he or she doesn’t find out. That’s not being trustworthy either. That’s being a con artist.

To earn the trust of others, you’ve got to do what’s right. But some people will ask, “How do you know if you’re doing the right thing?”

It’s not real complicated. You don’t even need an MBA or a PhD in business ethics to figure out if you’re doing the right thing.

This may sound oversimplified, but I’ll give you an answer that is correct 99 percent of the time. You’re doing the right thing if you’re comfortable having other people know about your behavior—along with all your thoughts behind that behavior. Or put another way, if your behavior and motivations were broadcast on TV or printed on the front page of the newspaper, you would be okay with that.

If you would prefer to have your intentions and actions kept private, however, chances are you’ve got a character problem. The more you want to hide your behavior and motivations, the less right it’s likely to be. And the less trustworthy you are.

Be an information source. Share what you know with your colleagues. Share whatever would help them with their jobs or make their lives easier. That builds trust.

By contrast, if you hoard information, keep secrets, or use misleading words … all in an attempt to get the upper hand … you cannot expect people to trust you. And that goes for your employees, colleagues, family and friends as well.

If you keep your thoughts, feelings, and information hidden, you may be feared or even followed for a while, but you will never have the other person’s trust and respect.

It’s like the sly grocer who had a homely dog tied to a stake in front of his store. He was letting the dog drink from a rare china saucer when an equally sly antique dealer walked by and asked, “How much for the dog?”

“I had a pup just like that when I was a lad. Seeing your dog is bringing back loads of wonderful memories. Is there anything I can do to change your mind?” begged the dealer.

The grocer sighed as he continued sweeping the steps to his shop, ignoring the man. “I’ll give you $75,” the dealer exclaimed. “I simply must have that dog.”

“For $75 bucks you’ve got yourself a deal,” said the grocer.

Then the dealer added, “Well, I’m sure you wouldn’t mind parting with that saucer, too. The dog seems so fond of it. I wouldn’t want him to miss it.”

“Absolutely not!” cried the grocer. “That’s my lucky saucer. I’ve been able to pawn off every stray dog hanging around my stoop because of that dish.”

It’s a cute story, but it has a moral. Holding back information may pay off in the short run, but it will also destroy any trust you might hope to build in the future.