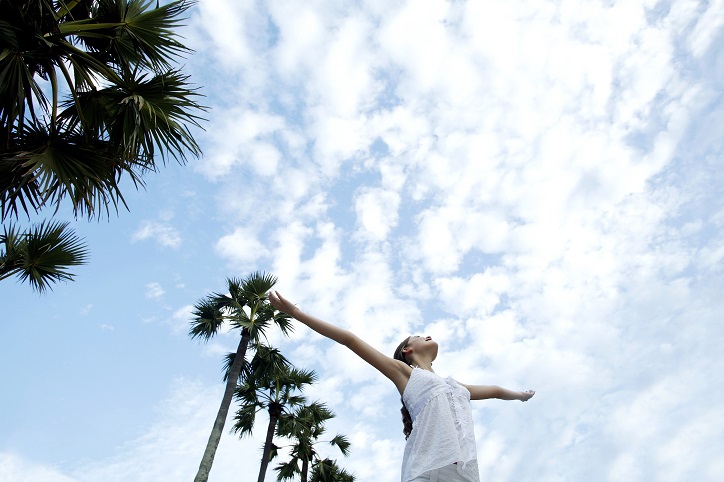 Years ago, motivational legend Zig Ziglar said, “It is your attitude, more than your aptitude, that will determine your altitude.”

Of course some people dismissed his comment as nothing more than a catchy phrase or a bit of fluff from a mere “motivational speaker.” Afterall, Zig was a salesman. What did he know?

Apparently quite a bit. The latest research from Dr. Martin Seligman proves he was right. Attitude is a better predictor of success than any other factor.

So if you want to add greater happiness and success to your life, work, and relationships, you must take your attitude up a notch or two or three.  Here are some ways you can do that.

► 1. Believe in the research, not the critics around you.

At some point in your life, you may have been ridiculed for having a positive attitude.  Some people may have called you a “goody two-shoes” or accused you of having “your head in the clouds.”

Well forget them!  They don’t know what they’re talking about.  They’re totally unaware of the hundreds of studies that absolutely prove the power and effectiveness of a positive attitude.

That being the case, you must…

► 2. Learn and apply a proven process of attitude building.

The first part of that process is accepting the fact that you choose your attitude.

Abraham Lincoln knew that.  Despite all his challenges, he knew, that “Most people are about as happy as they make up their minds to be.”

A second part of that process is getting an accurate definition of a positive attitude.

I used to think that having a positive attitude meant that I would never have any problems.  Not!

And I used to think that having a positive attitude was a nice way of saying someone had their “head up their a_s.”  Not at all.

Now I know that having a positive attitude is all about having the perspective, energy, stamina, guts, and confidence that will get you through any problem much more quickly and easily.  And it’s all about coming out on top more often than not.

I believe that an accurate definition of a positive attitude includes the following:

And a third part of the proven process of attitude building is mastering eight simple, specific strategies.  Unfortunately we don’t have time to go through all those in detail right here right now.  That’s why they’re an integral part of my Journey-to-the-Extraordinary experience.

But when you master these eight strategies the results are very exciting.

Kelsey Heer can testify to that.  She says, “Your Journey course helped me summon up the self-confidence and courage to shoot for my big-picture goal. And as a result, I am officially starting my new career in law enforcement. Your advice on positive attitudes, goal-reinforcing affirmations, and how to properly approach others helped me gain the skills I needed to succeed.”

Her recommendation? “I highly encourage anyone waiting for the right moment to take this course … to do so now. I assure you; it will help you see that there is no time like the present and you have complete control over your own life and journey.”

Finally, in your quest to build a more positive attitude, you must…

► 2. Learn to re-frame your situation.

Dr. Charles Garfield talked about one young man who learned how to re-frame or think about his job in a different way.  As Charles noted, if you have ever gone through a toll booth, you know that your relationship to the person in the booth is not the most intimate you’ll ever have. It is one of life’s frequent non-encounters. You hand over some money; you might get change; you drive off.

He said he had driven through the 17 toll booths on the Oakland-San Francisco Bay Bridge thousands of times and never had an exchange worth remembering with anybody.  Until he met Mark.

As Charles drove toward one of the toll booths, he heard loud music. It sounded like a party, but he didn’t see any other cars with their windows open, playing loud music.  Then then he saw it; a young man inside the toll booth was dancing.

“What are you doing?” Charles asked.

“What about the rest of the people?” as Charles looked over at other booths.  Nobody was moving there.

Mark said, “Stop. What do those look like to you?”  He pointed down the row of toll booths.

“They look like…toll booths.” Charles replied. And then asked, “What do they look like to you?”

“What are you talking about?”

“I can prove it. At 8:30 every morning, live people get in. Then they die for eight hours. At 4:30, like Lazarus from the dead, they re-emerge and go home. For eight hours, their brain is on hold, dead on the job. Going through the motions.”

Charles was amazed. This young man had developed a philosophy about his job. So he couldn’t help but ask the next question: “Why is it different for you? You’re having a good time.”

Mark answered, “I knew you were going to ask that.  I’m going to be a dancer someday.” He pointed to the administration building. “My bosses are in there and they’re paying for my training.”

Sixteen toll booth workers, sixteen people dead on the job, and the seventeenth, in precisely the same situation, figures out a way to live. Mark was having a party whereas most people would be dying of boredom.

As Mark went on to say, “I don’t understand why anybody would think my job is boring. I have a corner office, glass on all sides. I can see the Golden Gate, San Francisco, the Berkeley hills; half the Western world vacations here…and I just stroll in every day and practice dancing.”

Now that’s powerful.  But that’s what re-framing your situation or having a positive attitude will do for you.

Dr. Zimmerman’s Tuesday Tip, Issue 1021– How to get a miraculously powerful positive attitude