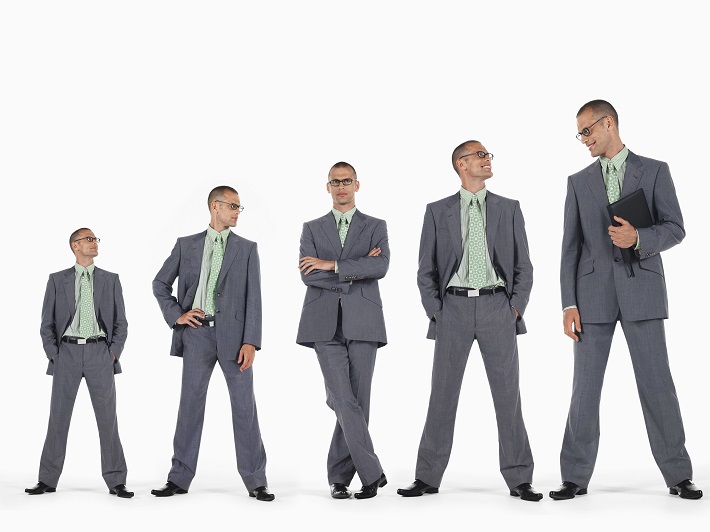 I facilitated an executive retreat for one of my clients, a retreat focused on all the changes that were needed in their organization. As they debated various strategies to make that happen, one exec stood up and said, “What if, and I know this sounds kooky, we communicated with the employees?”

Of course, I didn’t say anything, but I was thinking, “Duh!”

Most people fail to realize that most problems are connected to communication problems. And rather than learn how to communicate effectively when change is needed, many people fall back on some formalized procedures instead.

It’s like the Dilbert cartoon I read. The boss announced, “We’re hiring a Director of Change Management to help employees embrace strategic changes.”

Dilbert responded, “Or we could come up with strategies that make sense. Then employees would embrace change.”

The boss said, “That sounds harder.”

Of course that would be harder. So let me give you some simple ways to communicate when you want to see changes or improvements in your life, your relationships or your work.

If you’re trying to change yourself, you must have a heart and mind filled with hope. That’s why I tell my coaching clients to practice two strategies: to keep on thinking their idea just might work AND to expect good things to happen.

It worked for Brent Inmon, the store manager for the Buck and Bass Sport Centre, as a result of taking my Journey-to-the-Extraordinary program. He says, “From the first day back on the job I could see a big change in my attitude — and so could my coworkers.”

If you’re trying to bring about change in someone else, you need to project an optimistic view of the future. Your colleagues (and family members) need to know that you believe a better day is coming … in spite of the obstacles that must be overcome in order to reach that better day.

For my postdoctoral work, I studied with the world-renowned family therapist Virginia Satir. She would often say that “The certainty of misery is better than the misery of uncertainty.”

In other words, many people would rather stay in a miserable relationship or in a miserable job because it is familiar. They know what to expect … misery. And they find that preferable to trying something new. The uncertainty of an unknown future is just too scary.

That’s true. But that truth doesn’t have to hold you back. For any change you are personally anticipating, get all the information you can, listen to your gut, and where your head and heart intersect you will find the best course of action.

If you’re trying to bring about change in an organization, for example, tell them as much as you can as soon as you can. Keep people informed. People need lots of information about what’s happening, why it’s happening, and what the next steps will be.

And your information sharing has to be immediate. Not doing so allows the rumor mill to churn out any number of ridiculous stories that do nothing but increase stress and decrease motivation.

That’s why Volkswagen/Audi hired me to deliver my Journey-to-the-Extraordinary program on site for them. They wanted their people to be informed as to how change can work effectively for them. Dale Hawke, the Director of Parts Operations, reported, “The positive impact of your Journey has already changed the negative behavior exhibited by our team members. People who attended your meeting are now practicing the power of positive affirmations and getting results.”

Tell yourself the truth. Quit kidding yourself.

For example, I meet people all the time who say they want to get in better shape. They want to quit smoking, start exercising, eat healthier, and lose weight so they can live longer. But when I run into them a year later or three years later, they’re still smoking, sitting on the couch, eating junk food, and overweight.

They’re lying to themselves. They don’t want any of those good habits. What they really want is to keep on smoking, sit on the couch, and eat junk food as long as they live.

You’ll start changing the moment you tell yourself the truth about what you really, Really, REALLY want.

If you don’t tell them the truth, the next time your organization announces a change, your employees won’t trust you. Your employees need to be told how to handle the change, not be told it will soon be over.

As a site facilitator for the Northeastern Nevada Regional Professional Development Program, Jeanne Joyce is responsible for bringing about change for thousands of teachers and students in Nevada. And she found a ton of truth on effective change at my Journey-to-the-Extraordinary program. She says, “I wish I had known the things I learned at the Journey earlier in life. But now I’m able to keep myself positive and upbeat. I’m changing and helping others change due to your teachings.”

► 4. Reassure people with your presence.

Be visible. In times of change, seeing and hearing the leader is important. Too often the managers or leaders only meet with other senior people or they disappear behind closed doors. Employees need to see and hear their bosses. So be accessible. Be available for questions.

This is especially important when the economy is booming like it is right now … with record unemployment rates. You want to make sure you keep your best talent by creating a “magnetic workplace”.

Sometimes we’re blind when it comes to changing ourselves. We don’t see what’s holding us back. So get some feedback from people you trust and respect.

If, for example, you’re trying to build a more solid financial future but you never seem to get ahead, you’re obviously doing something wrong. The book, The Millionaire Next Door, proved that. There’s no correlation between the amount of money you make and the money you have. The difference comes in the habits you practice.

So go out and ask some people who really know how to handle money and know you quite well. Ask them for some feedback on the financial nonsense they see you practice.

If you want people at work to change but they’re already overloaded with work, ask them about the nonsense that’s sucking up their time. That’s what AT&T did.

HR people from the AT&T corporate headquarters traveled from office to office, from department to department, in one city after another. They held up several different reports and asked the field people if they needed these reports. By listening to their field people, they realized the reports were a bunch of nonsense that no one ever read or ever needed. So AT&T eliminated those 6,000,000 pages of reports … and immediately made their people feel good about change