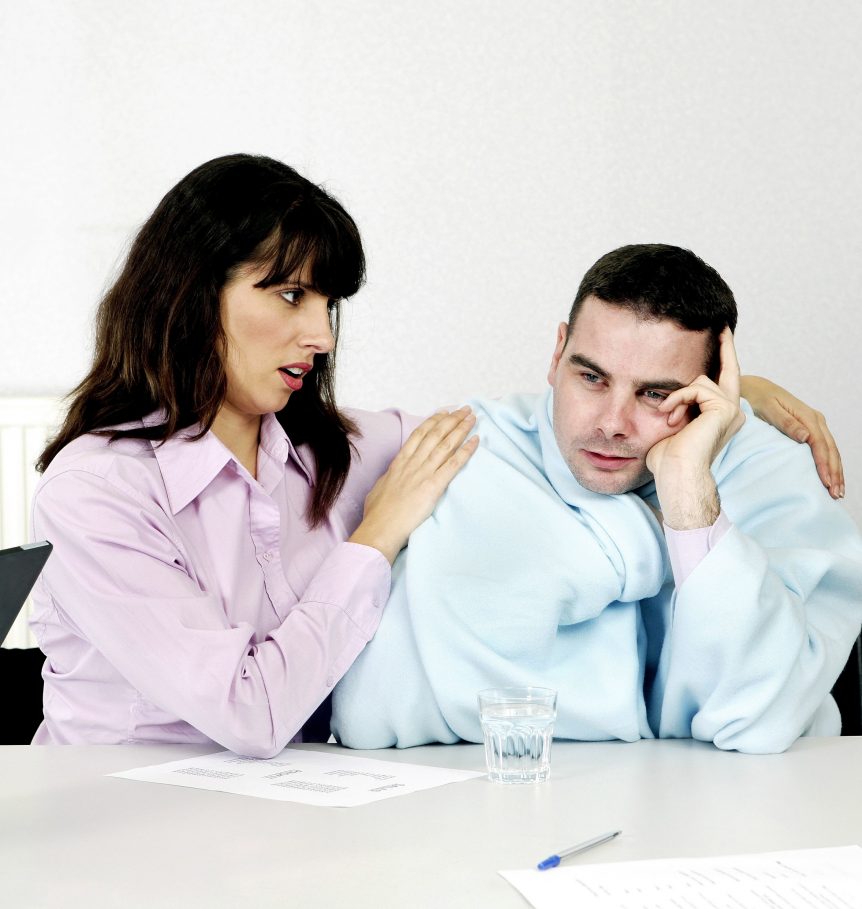 These are extraordinarily difficult times for our nation on a number of different fronts. But who you choose to hang around … or listen to … during these difficult times will be a critical factor in how well you cope, personally and professionally.

Unfortunately, most people have no idea how big of a deal this is. And as a result, they’re extremely vulnerable to deceit, stress, and setback.

Let me explain how that works and what you can do to be smart rather than outsmarted in difficult times.

► 1. Understand the power of proximity.

You’ve heard the old cliché that “Birds of a feather stick together.” Well, that’s more than a silly saying. It’s a psychological truth with a huge warning attached to it.

For example, it’s no accident that the most negative and least productive employees hang around each other.

So ask yourself, “Who are you hanging around? Winners or losers?

“And who are you listening to? People with a hopeful message or people preaching gloom, doom, and destruction?”

You see there are only two kinds of people, those who lift you up or those who pull you down.

That means you’ve got to choose your relationships, your business associates, and even your acquaintances very carefully. You’ve got to be extremely cautious about spending too much time with negative people. Because if you don’t release these kinds of people, or keep your distance, you’ll end up resembling them.

A lot of people don’t realize this. When I coach people, I’ve noticed that they’ll often blame their problems on the government, the culture, or their circumstances. They’ll say, for example, that the economy is bad; their company is downsizing, and unrest is everywhere.

That’s the power of proximity. Do you have it working for you or against you?

► 2. Get some sideliners in your life.

You’ve got to choose your associations wisely. You can’t just go to anyone or listen to anyone, because who you pick may determine what you do.

I had that point driven home to me a few years ago when I was delivering a program with Lou Holtz, the famous football coach. Lou said, “If you go to people who never did anything or accomplished anything, they will tell you, ‘You can’t do it.’ But if you go to those who have accomplished a lot, they’ll give you encouragement.”

In essence, Lou was saying, as I am saying, choose your associations wisely. Choose encouragers. Make sure you have some people in your life who serve as “sideliners.”

That’s what they do in the Special Olympics. And it works. Each athlete has someone on the sidelines who showers him with praise and encouragement. And as a result, the athlete is able to overcome feelings of inadequacy and discover his full potential.

Do you have one or more sideliners in your life? I hope so. As I study successful people, I find very few of them are “self-made” successes. Almost every truly successful person has had a sideliner in his life.

If you’ve got a sideliner, that’s great. If you need one, get one. And if you’re wondering what to look for or whether or not your present associations qualify as sideliners, let me suggest these guidelines.

► 3. Find sideliners that comfort you.

They see that you’re hurt when others don’t notice. And they offer solid proof of your worth. When you doubt yourself, they remind you how good you really are.

As a professional speaker, I am occasionally discouraged by attendees who don’t care or won’t try anything I teach–even though I know it will work for them. That’s when my wife will remind me of all the grateful attendees and memorable letters of thanks I’ve received over the years. She provides comfort as she helps me gain a more balanced, more realistic perspective.

► 4. Find sideliners who don’t kick you when you’re down.

Unfortunately, many people do. When you’re in the midst of a setback or failure, many people will tell you how stupid you were or what you should have done. Others will avoid you.

By contrast, sideliners accept you even if they don’t agree with you. They can see that your life might not be in the best of shape, but they assume the best about you. They assume your intentions are good, even though they may disagree with your opinions and disapprove of your actions.

That’s how I got through to the inmates when I worked in a juvenile reformatory years ago. The inmates were small-time robbers, pimps, and drug dealers and it would have been easy to lecture them about all the stupid choices they had made. What they needed, however, was someone to accept them and help them. Then they could start to make the changes they needed to make.

They know that wouldn’t serve any useful purpose. Relationships that are going to stay together and stay positive require lots of forgiveness.

It’s like the husband who fell asleep while driving. His wife suffered severe injuries. When she awakened after surgery, he cried and told her how sorry he was.

“Let’s not worry about it,” she whispered. As she took his hand, she said, “I’m sure I’ve hurt you many times without meaning to.”

Later, the wife told her friend, “I knew he didn’t do it on purpose. Blaming him would have poisoned our marriage.”

She was a sideliner. She didn’t keep track of hurts and, as a result, she went a long ways towards ensuring a healthy relationship.

► 6. Find sideliners who take you and your dreams seriously.

Sideliners don’t respond to your goals and dreams by saying “that will never work.”

Sideliners treat your dreams with courtesy and respect. They listen as you share your dreams and they encourage you to pursue what’s most important to you. And when asked, they offer their wisdom and guidance.

Who you choose to be around will be one of the most important decisions you will ever make. If you choose to hang around negative people or losers in life, you’ll have a much harder time “getting ahead.” In fact, if you don’t release them, you’ll resemble them.

Then make sure those people appear on your schedule on a regular basis. Don’t leave it to chance. If they are not already a part of your routine, start to see them or talk to them at least once a month.