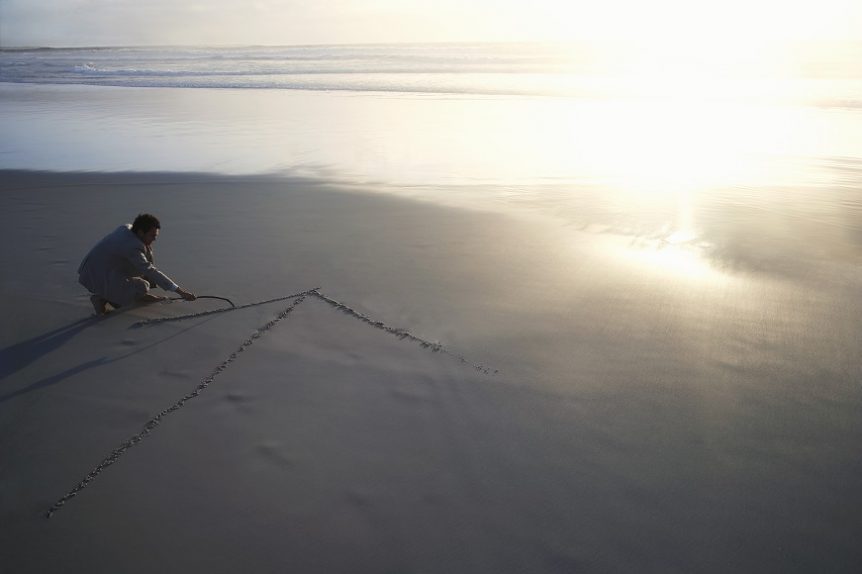 Did you notice the Subject Line or the title of today’s Tuesday Tip? How to build unstoppable self-esteem that takes you to the top.

I chose those words quite intentionally because … whether by design or accident … most of the news about the elections, the candidates, the economy, the pandemic, the street unrest, the school chaos and everything else can easily take you to the bottom. The bottom of your patience, hope, energy, motivation, and confidence.

One of your best weapons to keep yourself out of the bottom is your self-esteem or self-confidence. And you can actually build that into a formidable weapon of defense.

Last week I gave you three strategies for doing exactly that. Here are three more strategies. Pick at least one of them and decide to use it now.

I learned this strategy a few years ago on the beautiful tropical island of Jamaica — where my stepsister lives.

I could see why she chose it as her second home as it is a place lush with vegetation, mountains, and turquoise waters.

Nonetheless, as I was walking through a hotel lobby, I saw an old map hanging in the hallway. Across a remote, uninhabited part of the island I saw some faint lettering going across that part of the map.

I struggled to make out the words. I eventually did. It read, “The Land of Look Behind.”

Intrigued, I asked the hotel owner what that meant. He said in the days of slavery, the runaways from the sugar plantations sometimes escaped into that lonely barren territory. They were often pursued by slave owners with guns and dogs. He said the fugitive slaves, who were always on the run, kept looking over their shoulders. So that’s where the term, “The Land of Look Behind,” came from.

I never forgot that phrase… because it describes so many people today. They live so much of their lives in their own private land of look-behind. They keep dwelling on the mistakes they have made or the bad things that have happened or are happening to them.

That’s not smart. The past can only serve two purposes: hurting or helping.

If you keep looking behind at the bad things in your world and in your past, and if that’s all you do with those memories, it’s hurting you. It’s hurting the very self-esteem and self-confidence you need to move ahead.

If, however, when you look back and look for a lesson in that experience, it’s helping you. You are building the self-esteem you need to defeat the stresses that are trying to take you down.

So stop looking at your past and start learning from your land of look behind!

Sarah came up to me during a break in a seminar I was conducting. She said, “Dr. Zimmerman, I really WANT to move up in my job, but I just can’t.”

I asked about her personal development plan and about all the things she was doing to move up in her job. She admitted that she avoided the various training programs that her company offered — as much as possible. When she did go, she didn’t listen that carefully to the speaker or follow through on what she learned. And she never invested any of her own money into training programs outside the company. I knew immediately why she wasn’t moving up in her job.

Sarah went on to say, “I also WANT to be respected by my coworkers, but I don’t think they like or respect me.”

So I asked about the way she interacted with her coworkers. She mentioned how they seemed to enjoy her comments, especially the witty way in which she put others down — behind their backs. After all, they laughed at her comments. But at lunch time no one wanted to eat with her. Once again I knew why she wasn’t getting what she wanted.

Her comments were filled with, “I WANT… I WANT… I WANT.” Never once did I hear her say, “I will…” She didn’t mention one single thing she was willing to do get what she wanted.

Sarah was a WANNA-BE. She wanted a better job, but she was doing just enough to get by. She wasn’t doing anything to get better. She wanted more respect, but she would never get it by showing disrespect for others.

So I gave Sarah a brief, on-the-spot coaching session. I said her problems could be traced to her lack of self-esteem. In fact, she would not move up at work until she believed enough in herself to keep on upgrading herself. And she would not get the respect of others until she respected herself.

Of course, Sarah wanted to know how she could change all that in three minutes. Well I’m good… but not that good. That’s why I do one-on-one coaching with people and that’s why I deliver my Journey-to-the-Extraordinary program.

My next and last Journey-to-the-Extraordinary program for 2020 will be November 12th and 13th in St. Louis. And whether you want to attend live onsite or virtually at home, don’t miss this opportunity.

At the beginning of his opera career, the famous Italian tenor, Enrico Caruso, was unsure of his talent. On an opening night, Caruso stood in the wings waiting to go on stage when he was seized by an overwhelming attack of fear. He actually shook with fear. Nearby, astonished stagehands heard him whisper the command, “Out! You miserable ‘little me.’ Get out of the way! Out! Out!”

Caruso was changing the way he viewed himself through self-talk. He told the fearful element inside him that his “brave me” would prevail. In the face of this fierce counter-attack, the “little me” shrank-away and Caruso went on stage and sang with beauty and power.

Maybe it sounds crazy, but this technique really works. Tell yourself, over and over, that you are capable of accomplishing the things you fear. Tell yourself you can do it, that you’ve got what it takes, and that you’re equal to the task. Your fear will die and your self-esteem will grow.

Concluding Thought: One of my good friends is magician Rob Peck. He uses a line in his show that I love. He says, “You don’t have to believe in magic — because the real magic is in believing.” Absolutely. Believe in yourself!