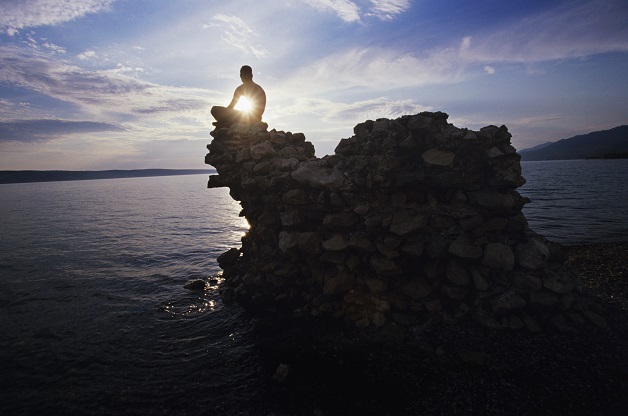 We may be living in one of the most stressful times in our lives. Some people are working an insane number of hours while millions of others have no work. Our economy is hurting badly and the lives of many people have been sacrificed to COVID-19.

So if you’re feeling more stress than usual, you’re normal. The trouble is you may have too much stress and too few stress-relieving weapons in your arsenal. As a result, you may be wearing down at work as well as at home. And one thing is for sure; you can’t be effective if you’re a victim of stress.

However, over the years I’ve learned dozens of quick and easy, powerful stress-busting techniques and I’m teaching them to my clients these days. Let me share five of them with you today.

I’ll warn you that these strategies may seem a bit soft or too touchy-feely for you. They may be outside your comfort zone. No problem. Just pick one or two of them to use when the stress is starting to weigh you down.

To a large extent, your stress is controlled by your thoughts. The more you think, “I can’t take much more of this… I’ve had it… or… That’s not fair,” the more stress you’ll have. You’ve got to stop thinking those thoughts.

If you’re feeling too much stress, sit back, close your eyes, and picture the serenity that comes after a storm. Imagine that the turmoil within you has passed. All that remains is stillness. Try this exercise whenever you feel tense, nervous, and upset. You’ll be amazed at the calmness you can create.

Of course, you may think you’ve got too much to do to stop and be quiet for a few minutes. But you will pay a price if you don’t.

Novelist Robert Louis Stevenson said: “Extreme busyness…is a symptom of deficient vitality.” Physicist Blaise Pascal said: “One of the ways in which man brings the most trouble upon himself is by his inability to be still.”

If you’re not doing this at present, I’d suggest you start with five or ten minutes a day. Find a private place and just sit there quietly. Don’t try to solve any of your problems. Don’t try to focus on anything. Don’t even focus on thoughts of peace as I suggested above. This is a different exercise with a different purpose. Just experience the calmness of silence and the quietness will work as a pressure releaser.

Yes, I know that patience isn’t always easy. I remember a golfer who had trouble sinking his ball. The ball just wouldn’t go where he wanted it to go. Finally, after many strokes, he got the ball in the cup. Then with a look of hatred, he took the ball out, placed it on the ground and pounded it into the earth with his club. I don’t know how his game went after that, but I can’t believe that his lack of patience served him very well. If nothing else, he lost the respect of the onlookers, not to mention his own self-respect.

However, you can become patient by simply acting that way. The mind-body connection is tremendously powerful. When you start moving a bit more slowly, a bit more deliberately and less erratically, your whole body and mind take on an aura of calmness and control. Certainly there are times when you must move quickly, but for the most part, don’t.

There’s a lot of research that says worrying actually increases the chances of bad things happening. If you worry a lot about getting sick, you’ll probably get sick more often. If you worry about getting into a car accident, your uptightness will make you a poorer driver who has more accidents.

The way to refuse worry is to replace it with a counteracting force. Whenever a worry pops into your mind and starts to give you stress, replace the worry with a powerful positive sentence. Your mind can’t have two thoughts at once and positive thoughts, held long enough, always overcome negative thoughts.

John Evan Jones, a newspaperman, told a story about his experiences in London during the bombings of World War II. He had a maiden aunt who was a strong, resolute, religious woman who lived alone.

After each bombing raid, John would visit his aunt to see that she was all right. He noticed that on the wall she kept a motto which read, “Don’t worry, it may never happen.”

One night it did happen. A bomb fell close to the house knocking out every window and smashing all her fine china. Rushing to look in on her, John found her calmly sweeping up. Still hung on the wall was her motto.

“What will you do with your motto now?” he asked. “Oh my,” she responded. “I forgot to turn it over.” She did, and on the reverse side it said, “We can take it.”

When you vividly picture a desired goal or an answer to a problem you will eventually reach your goal or solve your problem. Even before that, however, your picture will give you hope and renewed energy – which in turn reduces your stress.

This was the method used by Henry Royce, the creator of the Rolls Royce automobile. Henry dreamed of the day when people could drive a car without the constant threat of breaking down.

It was an incredible challenge for Royce, but in his mind he had the image of a completely reliable car. To that end, he manufactured a “bumping machine” that was like driving a car over railroad tracks at 60 miles per hour. Parts broke, pieces fell off, frames bent, and rear axles gave way. As each weakness was revealed, Royce used his ingenuity to make corrections.

Finally, the day came when Royce’s car could run the equivalent of 250,000 miles without the failure of a single part. Royce had achieved his goal. The image he had formed of a reliable car became a reality.