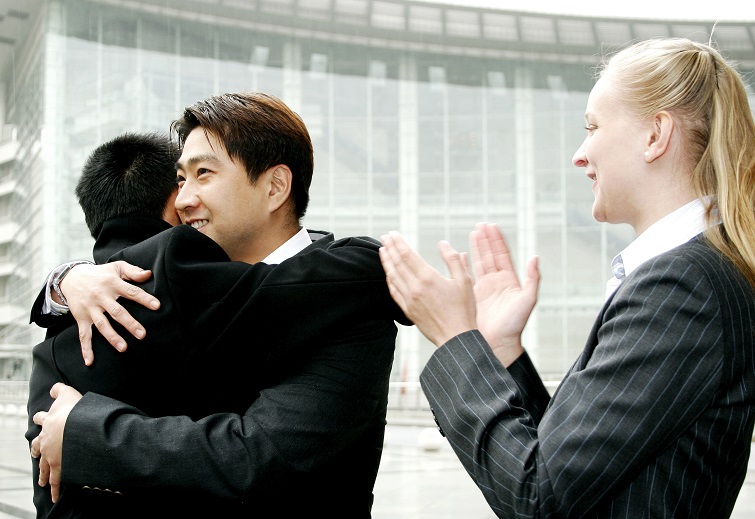 My friend, Bill Lee, was on a consulting assignment, accompanying an outside salesperson as he called on his lumber yard customers. As they drove from job to job, the salesperson was honking his horn and throwing up his hand to say hello to the various lumber yard truck drivers as they passed by. On one occasion he saw a driver making a delivery and stopped by the job site to say hello face to face.

“You sure do go out of your way to be nice to the drivers,” Bill commented.

“Yeah, these guys can make me look awfully good or awfully bad. My job would be a lot more difficult without them on my team. In fact, just last week, I told the drivers not to bring a lunch to work. I told them that I was buying pizza for the whole crowd.”

“That must have cost you a lot of money.”

“No, it didn’t cost me anything. The money I spent on those guys was an investment and I promise you, I’ll get a good return on that investment.”

Did you get that? The salesperson was engaging in conscious, deliberate acts of kindness. And it didn’t cost him anything.

I would suggest that kindness is not only the right thing to do; it’s also the smart thing to do.

Because kindness always pays off. It may pay off in better relationships with your coworkers or family members. It may pay off in more sales. It may pay off in reducing the stress and tension in a particular situation. And it pays off in your own increased self-respect. After all, you can’t feel good about yourself if you treat anyone with anything less than kindness.

Of course, this is just plain common sense. But it’s not common practice. Most people don’t even think about what they can do to show more kindness to more people.

So let me help you out with a few tips.

Mother Teresa said, “Kind words can be short and easy to speak, but their echoes are truly endless.” In other words, they keep on giving and they keep on building your relationships.

By contrast, rude words kill off relationships. And as I discussed in last week’s Tuesday Tip, rudeness has become rampant.

I once heard a minister say, “I have heard people confess to breaking every one of the Ten Commandments except the ninth, ‘Do not bear false witness against your neighbor.’ Yet this is the one we break most often and it can cause irreparable damage.” In other words, it’s all too common to talk badly about someone or treat them rudely.

Someone asked Mohammed how he could make amends for saying unkind words about another person. Mohammed told him to put a goose feather on each doorstep in the village.

The next day Mohammed told the man to go and collect all the feathers. “It can’t be done,” cried the man. “The wind blew all night and the feathers have scattered everywhere.”

“Exactly,” said Mohammed, “and so it is with the reckless words you spoke against your neighbor.” They can’t be taken back.

So speak more words of kindness. And a great way to do that is point #2.

► 2. Give generous amounts of verbal appreciation.

No, quite the opposite is the case. In fact, the number one job complaint is “You can do a hundred things right and not hear a darn thing about it.”

So if you start sharing more appreciation, you’ll go a long way in building your relationships. And you can verbalize your appreciation by speaking it or writing it.

Say thank-you a lot more often. And if possible, tell people exactly what they did and why you appreciate it.

The same goes for thank-you notes. Send a lot more of them. When your coworker does you a favor, send a short thank-you note. Leave a thank-you note for the people cleaning your office or your neighborhood. And don’t ever forget to send your customers a written note. If they ever feel taken for granted, they may take their business elsewhere.

Set up an Appreciation Board in your breakroom and encourage people to write down what they appreciate about each other. Erase it once a week and start over the next week.

The possibilities for giving generous amounts of appreciation are endless.

Yes, I know you’re busy, but who isn’t these days? And yes, I know some of you are very important people who are also very high up in the organization. You may think you can’t take time for other people.

Wrong! The busier you are and the higher up you are, the more your time means when you give it to others. The actress Ann Margaret knew that.

Take Richard, for example. As a former Viet Nam soldier, he never talked much about his time over there. However, he always kept a grainy, 8″ x 10″ black and white photo he had taken at a USO show of Ann Margaret in his office. It was one of his treasures.

Then, a few years ago, Ann Margaret was doing a book signing at a local bookstore. Richard wanted to see if he could get her to sign the treasured photo so he arrived at the bookstore at noon for the 7:30 p.m. signing.

When he got there, the line went all the way around the bookstore, circled the parking lot and disappeared behind a parking garage. Before her appearance, bookstore employees announced that she would sign only her book and no memorabilia would be permitted.

Richard was disappointed but wanted to show her the photo and let her know how much those USO shows meant to lonely GI’s so far from home. Ann Margaret came out looking as beautiful as ever. When it was Richard’s turn, he presented the book for her signature and then took out the photo. When he did, there were many shouts from the employees that she would not sign it. Richard said, “I understand. I just wanted her to see it.”

She took one look at the photo, tears welled up in her eyes and she said, “This is one of my gentlemen from Viet Nam and I most certainly will sign his photo. I know what these men did for their country and I always have time for ‘my gentlemen.'”

With that, she pulled Richard across the table and planted a big kiss on him. She then made quite a to-do about the bravery of the young men she met over the years, how much she admired them, and how much she appreciated them. There weren’t too many dry eyes among those close enough to hear. She then posed for pictures and acted as if he were the only one there.

Later at dinner, Richard was very quiet. When his wife asked if he’d like to talk about it, her big strong husband broke down in tears. “That’s the first time anyone ever thanked me for my time in the Army,” he said.

That night was a turning point for him. He walked a little straighter and, for the first time in years, was proud to have been a Vet. As Richard’s wife said, “I’ll never forget Ann Margaret for her graciousness and how much that small act of kindness meant to my husband. I now make it a point to say ‘Thank you’ to every person I come across who served in our Armed Forces. Freedom does not come cheap and I am grateful for all those who have served their country.”

Taking time for another person is one of the strongest affirmations you can ever give. After all, everyone seems to be short on time. Giving some of your time to someone else tells them they are important. That’s kindness in real time.

For a copy of Dr. Zimmerman’s latest book, The Champion Edge: Skill Sets That Fire Up Your Business and Life, go to https://www.businessexpertpress.com/books/the-champion-edge-skill-sets-that-fire-up-your-business-and-life/

To subscribe to Dr. Zimmerman’s free weekly Internet newsletter, the Tuesday Tip, or to give someone else a free subscription, go to https://www.drzimmerman.com/subscribe. You’ll also receive Dr. Z’s whitepaper on 93 Truths for Unlimited Happiness and Success.