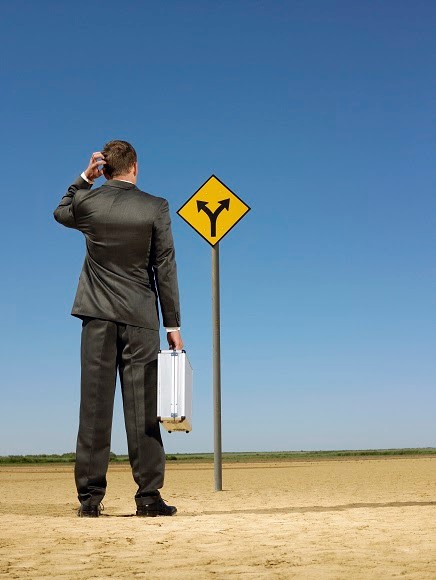 For thousands of years, people went to work, made some money, and paid the bills. They survived. But very few people gave any thought to something as “soft” as purpose.

The latest research proves, however, that purpose is anything but “soft.” A person or an organization filled with purpose, driven by purpose, and directed by purpose stands to gain a whole host of “hard-core” benefits.

That being the case, let me ask you a few questions. How clearly defined is your purpose? How strong and motivating is it? Or perhaps, do you even have a purpose?
Whatever your answers might be, let’s get you started in the right direction.

► 1. Get it through your mind that purpose has POWER!

In terms of health, one longitudinal study found that a single standard deviation increase in purpose decreased the risk of dying over the next decade by 15 percent.

And that finding held true regardless of the age at which people identified their purpose.

That means you’re probably going to live longer once you get your purpose figured out, no matter how young or old you are when you figure it out. One of my students, Margaret Pederson can testify to that. She celebrates her 100th birthday in a few days … even though she looks, thinks, and acts decades younger. Her purpose in spreading kindness started in her local community and has now become a national movement and keeps her young.

Having a strong purpose is just plain good for you. The Rush Memory and Aging project, which began in 1997, has been comparing people who say they have a sense of purpose with those who say they don’t. They’ve concluded that those who have a purpose are:

2.5 times more likely to be free of dementia,
22% less likely to exhibit risk factors for stroke, and
52% less likely to have experienced a stroke.
Of course, some cynical C-level execs might say, “That’s all well and good, but show me the money.” No problem, our research finds a positive correlation between the purposefulness of employees and their company’s EBITDA margin. In other words, more purpose-filled employees mean more bottom-line profits.

By this time, you’re wondering if you need more purpose in your life. My next three questions will help you determine that.

And if you really want to clarify and deploy a powerful purpose into your life and work, you should join me at the next and last public offering of my Journey-to-the-Extraordinary experience. The earlier you register, the more money you save.

► 2. Are you enjoying what you’re doing?

But you can. You can enjoy what you’re doing … no matter what your job is … if you have a purpose. Wilbert Williams understood that. In fact, if you’re ever in Chicago, look up his street, Wilbert Williams Way.

After 40 years as the doorman for the Women’s Athletic Club, Williams retired. And the fuss made over his retirement decision … and the city’s subsequent decision to name a street after him … caught him by surprise because he didn’t think the way he did his job was anything out of the ordinary. He was just living out his purpose, to put as many smiles on people’s faces as he could every day.

But those familiar with Williams knew he was worth all the fuss. They think of him as a city treasure. They say that no matter who you were, famous or otherwise, Williams treated everyone he met with the same respect, kindness, and helpfulness.

As police offer Paul O’Donnell put it, “I’ve worked this area for 15 years and he’s the best down here. In all these years, I’ve never heard him speak a harsh word about anyone. He’s a gentleman; what more can you say?”

What, indeed. It was just “Williams’ Way.” He enjoyed what he was doing. Can the same thing be said about you?

If your answer is “yes,” chances are you created that happiness. You made some choices and took some actions that make you feel good.

If your answer is “no,” chances are you’ve taken a more passive approach to your life, work and relationships. As I tell my leadership coaching clients,

It’s the difference between a purpose-driven life and career and one devoid of purpose.

If you don’t like where you’re going, if you need more purpose, do something. It’s your responsibility. It’s not your company’s, your boss’s, your spouse’s, your parents’, or the government’s responsibility to make your life better.

As Eleanor Roosevelt, first lady and U.N. ambassador said, “One’s philosophy is not best expressed in words; it is expressed in the choices one makes. In the long run, we shape our lives and we shape ourselves. The process never ends until we die. And, the choices we make are ultimately our own responsibility.”

► 4. Are you satisfied with what you’re becoming?

You see, five years from now you’ll be different than you are today. Are you planning for it? Or are you just waiting around to see what kind of a person you’ll turn into?

Take a good hard look at yourself and see if you’re satisfied with what you’re becoming.

Ask yourself: Are you satisfied with the DIRECTION of your growth? Are you continuing to read books and attend programs that will help you become a better and more satisfied individual? As business author Jim Rohn reminds us, “Ignorance is not bliss. Ignorance is poverty. Ignorance is devastation. Ignorance is tragedy. Ignorance is illness. It all stems from ignorance.”

Ask yourself: Are you satisfied with the TARGET of your growth? If all your ambition and hard work are focused on getting more attention, more power, and more stuff for yourself, chances are you won’t be highly satisfied. In study after study, people always report the highest levels of satisfaction when they spend time helping others.

As novelist Elizabeth Berg sees it, “There is incredible value in being of service to others. I think if many of the people in therapy offices were dragged out to put their finger in a dike, or take up their place in a working line, they would be relieved of terrible burdens.” In other words, they would be much more satisfied with the person they’re becoming.