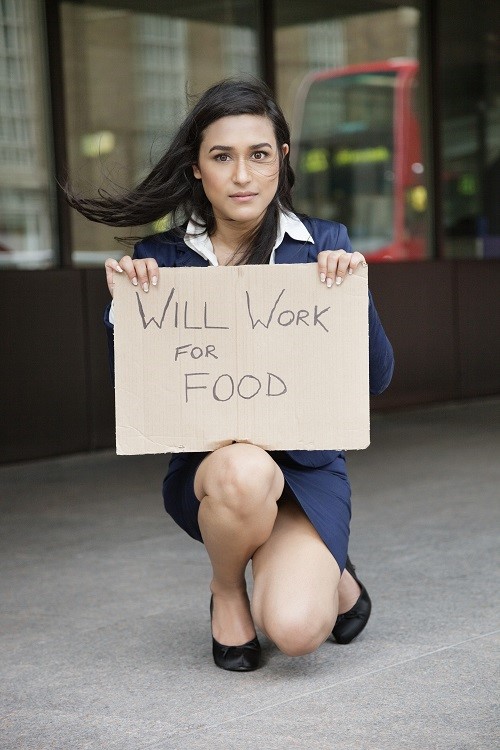 Growing up, and even as an adult, after I had gone through a really bad day or a really bad stretch in my life, my father would tell me, “Well, you just learned an awful lot more than you ever learned in school.”

I’m not sure that was 100% accurate, but his comment led me to a major discovery.  Whenever you go through a problem, you will always be different afterwards.  You will become better or bitter.

Taking that lesson in hand, I spent a week on skid row in Los Angeles.  I wanted to help the poor and homeless get better.

Hah!  They were the ones who taught me how to get better.  Even though I’m considered to be a world-wide expert on communication, the skid row people taught me how to communicate more effectively with everyone … from the Board Room to the Family Room.

And I believe the communication lessons and people skills they taught me you can use as well.

Stereotypes are frequently wrong. People are often different than we expect. So be very careful of “lumping” people into a category and assuming “they’re all the same” … because they’re not.

As I walked the streets of LA, I encountered men and women, young and old, from all ethnic groups, with many different levels of education. Poverty and skid row does not seem to specialize in any one group or any one type.

The same is true in your company. Before you decide that all whites, blacks, Hispanics, Asians, managers, or employees are “all the same,” take time to get to know people as individuals. You’ll be amazed at the diversity of thoughts, ideas, skills, talents, and approaches you never knew existed … right there in front of you … some of which will be very helpful to you.  In fact, you’ll learn a lot more from people who aren’t exactly like you than the ones who are.

Jedi was one such person. I immediately judged him as just another “whoa-is-me down-and-outer” who blamed the world for all his problems and expected everybody else to feel sorry for him.

Then I spent an evening visiting with Jedi on skid row. I never expected what this tall, handsome, well-educated, black fellow with dreadlocks, tattered pants and a scruffy shirt was about to tell me. He mentioned how a few years earlier he was a case worker who passed out government benefits to the poor and homeless. He cared about them, as he said, but on another level it was just a job.

Then unexpectedly he lost his job, followed by the loss of his house, wife and kids. Within weeks he was homeless and spent the next three years on the very same streets of skid row we were cruising. It changed his life to the point where he started to REALLY care about the homeless and now spent his life serving them … hoping to give them a hand up instead of just a hand out.

I learned that Jedi was not the “bum” he appeared to be on the outside.  Rather he was a passionate advocate and highly effective professional who was making a difference in people’s lives.  I learned … once again … not to pre-judge the homeless … or pre-judge anyone else simply based on their appearance.

What about you?  Who do you tend to pre-judge? Are there certain types of people that you want to immediately dismiss? Or instantly categorize them as crazy, sneaky, worthless, difficult, deceitful, or untrustworthy?  Are there some political beliefs or personalities … or some religious doctrines and followers … that you automatically label as just plain wrong or even dangerous?  Probably so.

First, the grace strategy.  Remind yourself that the tables could be turned.  Tell yourself the phrase that 16th century English Reformer John Bradford shouted out when he saw a group of prisoners being led to execution.  Bradford said, “There, but for the grace of God, go I.”

Second, the learning strategy.  Memorize this sentence and repeat it to yourself whenever you’re about to pre-judge someone.  Tell yourself, “Withhold judgment until comprehension is complete.”  It will slow down your judging tendencies and let your learning talents kick into place.  Instead of focusing on what is wrong with the other person, you will start to focus on what you can learn from the other person.

As I said before, in every situation you have the choice of getting better or bitter.  Chris Thompson used the lessons from my Journey-to-the-Extraordinary program to get better … SO MUCH BETTER … even though she was going through the Great Recession, just like everyone else in this country.

“We were not prepared for the uncertainty ahead.  And then I remembered what you taught us at your Journey-to-the-Extraordinary program a few years before.  I decided to at least use your affirmation technique — if nothing else. I pulled out your Journey manual and started re-reading it … even though I wasn’t feeling very positive and would have rather hidden under the covers!”

“The good news is your stuff really works.  I was just offered a couple of positions, one being a choice position at the top of my list in a somewhat recession-proof industry. It’s in a growing, energetic company that makes a difference every day, and I was able to match my New Jersey salary which no one thought would happen in these difficult times. They’re even covering 75% of my graduate degree which I plan to pursue.”

“Anyway, I just wanted to reach out and let you know that even a few years after your Journey program, I was able to look back and use the skills I learned in a very dark time. Thanks again for your great resources.”

If you would like to master the same set of skills that turned Chris Thompson’s life and work around, join me at my next Journey program in Minneapolis.  Register before April 19 and save $400.

Going back to skid row and the communication lessons it taught me,

As a general rule, when I’m teaching one of my audiences about how they can increase their Emotional Intelligence or enhance their people skills, I urge them to greet more people than they normally do. To greet people they don’t even know. To get out of their comfort zones.

I know I was out of my comfort zone … going up to people in some of the most distressed parts of LA … greeting them … and starting conversations with them. I somewhat figured I would be rebuffed or panhandled.

That was not the case at all. Only one person asked me for money. One person swore at me. And two people asked if I could help them get a blanket.

BUT, 99% of the people I greeted were delighted. They thanked me for greeting them, for looking them in the eye, and for taking the time to talk to them. They thanked me for making them feel like they were real human beings worthy of acknowledgement. In fact, many of them said “God bless you” as we finished our conversation and I walked away. That was a stunner.

There’s a lesson in this for all of us.  We’re naturally the most comfortable around PLU’s (People Like Us), and we naturally shy away from others who seem quite different. But if you take the time to greet people and show interest in them, more often than not people will appreciate it.

And you’ve taken the first step towards a better, more positive relationship.  (Remember my earlier comment? Every challenge makes you better or bitter.)

Now I realize some of you work with people who are persistently negative or nonresponsive. You’ve greeted those difficult people on several occasions … or offered them a “Good morning” time after time … but have never gotten a response from them. That’s okay. Keep on doing it anyway. You do it because it’s the right thing to do, not because it’s the easy thing to do.