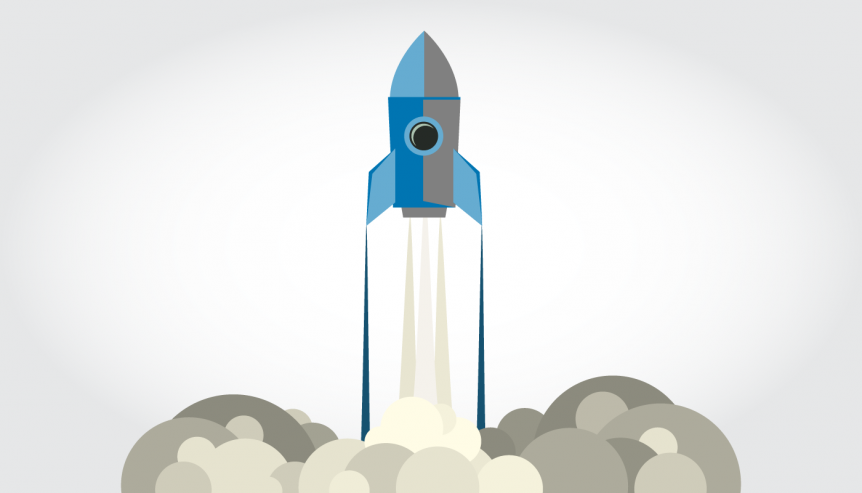 Almost everybody wants to HAVE more, BE more, and DO more.

The question is … HOW can you get all those things?

I’ve got a simple answer for you. Research highly successful people and see what they all have in common. And then do more of what they do.

Of course, you may not know how to do that kind of research or have the time to do so.

No problem. I’ve spent my entire career doing the research and I share what I’ve learned in these Tuesday Tips and in my keynotes and seminars.

Take Steve Jobs and Steve Wozniak, for example. They sold a Volkswagen van and a Hewlett-Packard programmable calculator to raise $1,350 in seed capital to build their first Apple computer in Job’s garage in 1976. Today, Apple is one of the most successful and most valuable companies in the world because Jobs and Wozniak knew how to set goals and keep their motivation fired up.

Or take the ultra-successful J. Willard “Bill” Marriott. He started a nine-seat A&W soda fountain with $3,000 on May 20, 1927. He demonstrated a knack for hospitality and clever marketing from the beginning, attracting a crowd by playing a radio that continuously updated patrons on the progress of Lindbergh’s first trans-Atlantic flight. And in just the last few weeks, the Marriott Corporation acquired the entire Starwood Hotel operation, making it the largest hotel group in the world. Marriott knew how to set goals and keep his motivation fired up.

Or take Tom Monaghan. He didn’t finish college but he stayed long enough to learn that undergrads eat a lot. He bought a small pizzeria with his brother for $900 in 1960 and built his business on a simple strategy: locate stores near campuses or army bases and deliver within half an hour. And recently, he founded an entirely new city and university in Ave Maria, Florida. Monaghan knows how to set goals and keep his motivation fired up.

Let me show you two critical steps you must take to properly set and then effectively achieve more of your goals.

1. Focus on the Exact Goal You Want to Achieve.

In his classic book, Think and Grow Rich, Napoleon Hill said, “Fix in your mind the exact amount of money you desire. It is not sufficient to say, ‘I want plenty of money.’ Be definite as to the amount.”

Even though Hill was referring to financial goals in the above example, his point about focusing applies to any goal you want to achieve. In order to become a highly successful person, you must have a clear focus.

As Bryce Beattie points out in The Power of Focus, all success starts with intense focus. He makes his point by telling the story of a warrior named Arjuna. Arjuna set out to become the greatest archer in the world. He began to train at a well-known martial arts school under master Drona.

One day, master Drona placed a clay statue of an owl on a tree branch at great distance. It was to be the target.

As the first student stepped to the line, Drona asked him, “What do you see?”

The student replied, pointing out everything he saw. “I see the owl, the trees, the ground and the sky. I see how the trees blow in the wind. I see everything I need to make this shot.” His arrow fell short of the tree and the targeted owl.

The second student stepped to the line, and Drona asked the same question, “What do you see?”

The student thought for a moment, pointing out a narrower vision of what he saw. “I see the tree with the owl and how all the branches are gently moving in the breeze. I see everything I need to make this shot.” His arrow flew and landed in the base of the tree.

Arjuna stepped to the line. Drona asked, “Now Arjuna, what do you see?”

Without hesitation, Arjuna replied, “I see the eye of the owl.”

“Nothing, just the eye.”

Arjuna let loose his arrow. It struck the owl in the eye, shattering the statue.

There’s a lesson here for all of us. Do you get it? If you want to reach your goals … whatever they are, is … you’ve got to focus. It’s one of the skills I drive home in my UP Your Attitude program that I deliver to organizations around the world.

It’s one of the lessons that Thomas Rutherford, a Contract Specialist for the U.S. Army TACOM, put into practice after I delivered the program for their organization. Thomas had this to say:

“I never realized how my lack of focus and, as you called them, my negative Mind Binders, were preventing me from achieving my goals. While there were several examples of this from my own experience, I never really connected the results, until you spoke.”

One way that I’ve found especially helpful is to write each of my goals on an index card. I then read those goals to myself, out loud in the morning, and ask myself, “What will I do today that takes me a little closer to the achievement of each of those goals?” And then in the evening, I will repeat the process, reading the goals out loud, and ask myself, “What did I do today that brought me a little closer to the achievement of my goals?” It keeps me focused.

Or as I tell my audiences, “The main thing is to keep the main thing the main thing.” And you do that with focus. It’s one of the secrets of success, no matter what you are trying to achieve.

2. Determine Your Give Back.

As author and researcher Napoleon Hill went on to say, “Determine exactly what you intend to give in return for the money you desire.” In a sense, he was saying there was no such thing as a free lunch or getting something for nothing.

And yet some folks don’t get that. I remember one of my first employees many years ago. As I walked into the office one morning, she said, “I’ve got to talk to you right now.”

She was very aggressive, almost sarcastic, and said, “I need a $1000 month raise … starting now.”

I was about to laugh. I thought she was joking, and then realized she was serious. She continued, “My husband and I are moving into a new house that we have just built and I need the pay increase to pay for the house.”

It had never crossed her mind she needed to solve more problems to acquire a bigger salary. Likewise, you have to figure out what you plan to GIVE BACK … to GET the money or ACHIEVE the goal you want to achieve. What extra problems will you be solving? You need to know the answer if you expect to achieve more of your goals.

In summary, to HAVE, BE, DO, GET more, the first two steps are focusing on what you want … and then determining what you will give back to get it. Without those two steps in place, you’re not moving towards becoming successful – you’re just spinning your wheels. So stay tuned in for the remaining steps next week.