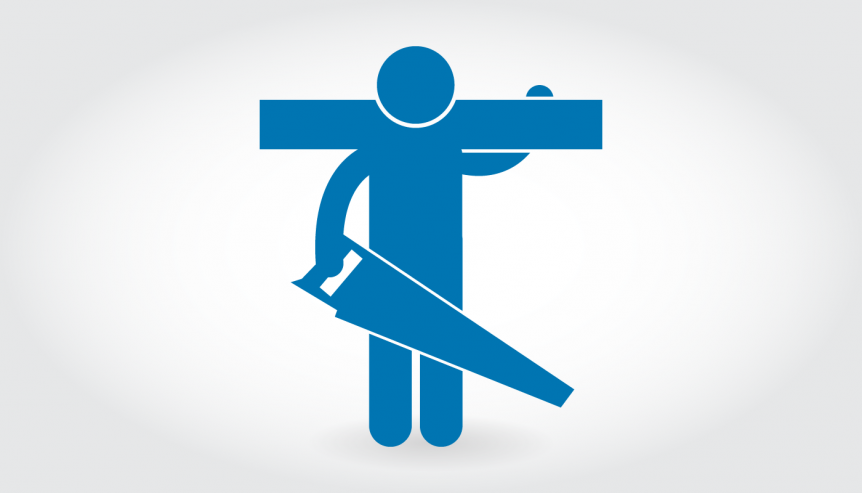 That’s the problem with pessimists. No matter what happens … good or bad … they lack hope. And as I mentioned in last week’s Tuesday Tip, there are two critical factors in the formula for success. You’ve got to HOPE BIG and WORK HARD.

But that, in and of itself, is not enough to achieve success. In his little book On Hope, H. Jackson Brown, Jr. says, “Hope is a cactus not a cushion. It should make you jump up and do something.”

He’s right. I’m sure we’ve all come across people who are filled with hope — but not much else. When it comes to success, they’re all talk and no action. They talk a good game but their actual results leave a lot to be desired.

Jackson’s father made my two points of HOPE and WORK even clearer. He said, “Work and hope, but don’t hope more than you work.”

So what do I mean by WORK HARD … as part of the formula for success? After all, we’ve heard consultants preach the message of “work smarter, not harder.”

Yes. There’s some truth in that. But some people misinterpret the mantra of “work smarter” to mean you should just “focus on your strengths” and “forget the rest.” Then everything will be okay.

Well I hate to burst your bubble. The last thing I want to be is a spoil sport or a sour puss. But I’ve known and worked with lots of successful, wealthy, and/or famous people over the years and they all have one thing in common. They all recognize the fact that they have to do more than merely “focus on their strengths.” They have to keep on WORKING HARD.

Oh sure, your strengths and talents will get you noticed. It will separate you from the rest of the pack and give you a head start. But that advantage will only take you so far and last so long.

Songwriter Irving Berlin knew this. He said, “The toughest thing about success is you’ve got to keep on being a success. Talent is only a starting point in business. You’ve got to keep working that talent.”

And best-selling author Stephen King asserts, “Talent is cheaper than table salt. What separates the talented individual from the successful one is a lot of hard work.”

So what does it mean to WORK HARD?  I believe it involves three things.

You’ve seen the ads. Lose 30 pounds in your sleep. Become a millionaire by working ten minutes a day … at home … in your pajamas. Master the art of instant charisma in three easy lessons … or win big in Vegas every time.

Exciting ads, certainly. The only trouble is … they have no research-tested, verifiable proof for what they claim. So you need to be a little cautious about those things that sound too good to be true.

Instead, listen to the advice philosopher Ralph Waldo Emerson gave years ago. He said, “Shallow men believe in luck; wise and strong men believe in cause and effect.”

In other words, successful people cause their own luck … by doing the right things … so they get the effects they want. Successful people seldom, if ever, wait for things to happen. They make things happen.

And author, consultant, and President of Highpoint University, Nido Quebein confirms that. He says, “You may have the loftiest goals, the highest ideals, the noblest dreams; but remember this, nothing works unless you do.” So discard the “quick and easy, no-work myth.”

2. Distinguish Between Activity and Accomplishment.

When I say you need to WORK HARD, I’m not saying that the more hours you put in the more successful you will be. We all know people who work an insane amount of hours and don’t have anything to show for it.

That’s because they confused activity with accomplishment.

Before you engage in any endeavor, clarify your goal. What are you trying to achieve with your hard work?

If you don’t know the answer, if you don’t know what goals you’re trying to achieve, you’ll end up like Alice in Wonderland who asks the Cheshire cat, “Would you please tell me which way I ought to go from here?”

“That depends on where you want to get,” the cat replied.

“I don’t care much where,” Alice answered.

“Then it doesn’t matter which way you go,” the cat responded.

Without clear goals for your hard work, you’ll be busy.  You’ll have lots of activity in your life, but you won’t have much in the way of accomplishment.

It’s one of the lessons I taught at the Nestle Purina Company when they asked me to come in and deliver my program on UP Your Attitude:  6 Secrets that Turn Potential into Payoff.  And it’s one of the lessons that Nicole Shockley, a Veterinary Sales Specialist in the audience took seriously.

As Nicole says, “I heard your program one month after I started my first sales job.  Using your goal-setting and affirmation techniques, I became one of the top sales people in the organization and even got a promotion.  Thank you.”

Yes, WORK HARD, but work with a clear goal in mind. Then you’ll be more than active; you’ll actually be accomplishing something.

Frank Banks, the engineer who supervised the construction of the Grand Coulee Dam, knew that.  Even though he was given a so-called impossible task, he said, “If you really want to do something, you’ll find a way; if you don’t, you’ll find an excuse.”

And yet lots of people fail to persist because of one or two excuses that rule their lives.

The first … they’re afraid they’ll fail. Of course, that’s possible, but that’s a stupid way to approach your life.

In fact, if you go through life, afraid of failure, you may never pursue the goals, the tasks, the dreams, or the relationships you want to pursue. As H. Jackson Brown advised, “Never let the odds keep you from pursuing what you know in your heart you were meant to do.”

The second excuse is it will take too much time.  Lots of people fail to persist because they think success will take too long to achieve.

Again, that’s a stupid way to approach life. Brown continues, “Never give up on a dream just because of the length of time it will take to accomplish it. The time will pass anyway.”

Patsy Meisel taught me that. She was a fellow professor along with me at the university many years ago. And even though she had been teaching for decades, she had the dream of going beyond her master’s degree to earn a doctorate.

Everyone told her she was foolish. After all, she was in her 60’s and would only teach a few more years; so why bother? Besides that, the schooling would cost her a lot of money that she would never have the chance to recoup.

But Patsy was a person who believed in HARD WORK and practiced persistence. She didn’t let the odds of getting her doctorate stop her from pursuing her doctorate. And she didn’t let the amount of time it would take to finish the degree dampen her enthusiasm. She took a leave of absence from her job, went back to school, got her doctorate, came back to the university as Dr. Patsy Meisel, taught two more years, and retired.

A waste, you think? No way. Patsy achieved success … and continues to live today into her 80’s, knowing the pride and satisfaction that comes with HARD WORK.

Join Me in Chicago

You can still register for my Journey to the Extraordinary experience coming to Chicago, IL on November 10-11. For more information, or to register now, just click the button below.