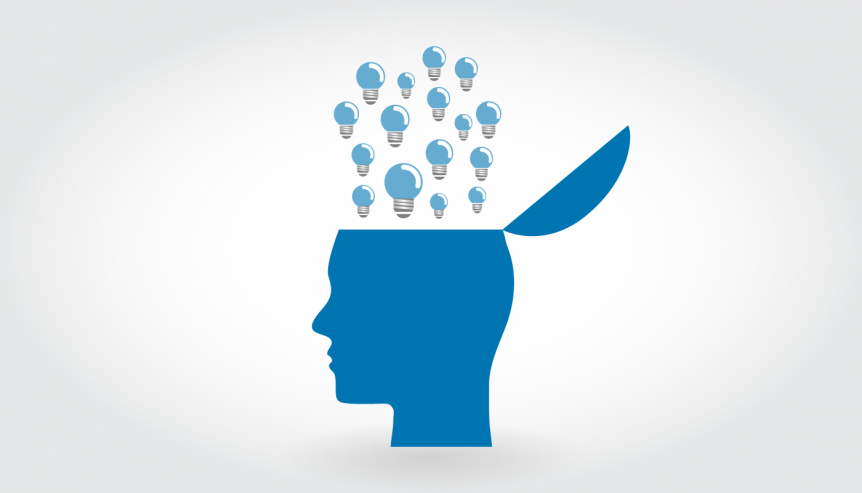 Even though that seemed like a lifetime ago, and even though I have not been in contact with any of those people over the years, certain people continue to stand out in my heart and mind to this day.  And those same people were the ones who made the reunion well worth the trip across the country to get there.

As the great American humorist, Will Rogers said, “As long as you live, you’ll never find a method as effective in getting through to another person as making that person feel important.” He’s right.

In fact, all the research seems to support Will Rogers’ comment. University professors have studied management philosophies and emotional intelligence for years and everything they discover seems to support the importance of making others feel important.

Of course, the more important question is HOW do you do that?

Rogers was not talking about insincere flattery or con games that butter up the other person. He was simply talking about getting into the habit of recognizing how important people are.  Here is what I suggest and a part of what I teach at my Journey-to-the-Extraordinary program.

1. Burn the Importance of Other People Into Your Consciousness.

It’s very difficult to make a business work or get a job done without the cooperation of other people. And it’s almost impossible to have a happy marriage if the partners in that marriage feel less than important.

Unfortunately, all too many conversations deny the importance of other people. Just think about some of the conversations you hear each day — even if you don’t take part in them. I’m sure you’ve sat in the company coffee room and heard people run other people down. You’ve heard such comments as, “That no-good jerk… or… She’s impossible.”

When I was a professor, I was stunned to hear professors say, “Teaching wouldn’t be so bad if it weren’t for the students.” How ridiculous! I thought to myself, “If you don’t think students are important, try keeping your job without them.”

I’ve even heard people say, “My job wouldn’t be so darn right difficult if it weren’t for the customers.” Again, try doing business without them and see where you’ll be.

Yet I’m sure you’re just like me. You go into some stores and you get the distinct feeling from the salespeople that you’re bothering them or interrupting them. They haven’t figured out the vital step in emotional intelligence of how to make you feel important.

When you make people feel important, however, you get their cooperation. Cavett Robert, the founder of the National Speakers Association, made that clear. As a successful lawyer, salesman, author, and speaker, he became well known for his expertise in the field of human relations.

Robert looked out his window one morning and saw a skinny twelve-year-old boy going door to door selling books. The boy was headed for his house. Robert turned to his wife and said, “Just watch me teach this kid a lesson about selling. After all these years of writing books about communication, lecturing all over the country, I might as well share some of my wisdom with him. I don’t want to hurt his feelings, but I’ll get rid of him before he knows what’s happened.  I’ve used this technique for years, and it works every time. Then I’ll go back and teach him how to deal with people like me.”

Mrs. Robert watched as the 12-year old boy knocked on the door. Mr. Robert opened the door and quickly explained that he was a very busy man. He had no interest in buying any books. But he said, “I’ll give you one minute, but then I have to leave to catch a plane.”

The young salesman was not daunted by Robert’s brush-off. He simply stared at the tall, gray-haired, distinguished looking man, a man that he knew was somewhat famous and quite wealthy. The boy said, “Sir, could you be the famous Cavett Robert?” To which Mr. Robert replied, “Come on in son.”

Mr. Robert bought several books from the youngster — books that he might never read. The boy had mastered the principle of making the other person feel important and it worked. It’s an approach that even the rich and famous or the big and strong can rarely resist.

Never forget the importance of making people feel important … and how powerful it can be.

Emotional intelligence is a part of what I teach at my Journey-to-the-Extraordinary program coming to Chicago, IL on November 10-11, 2016.

Here’s what three participants had to say recently about their experience.

J. T. Meanor from Wright Patterson Air Force Base said, “Your Journey as the most rewarding learning experience I’ve obtained in over 20 years working as a USAF professional engineer and leader.  It’s a tool box for self-improvement and a workbench for building better relationships. Truly the best of the best!”

And Alice Hardin, a director at LeMaster & Daniels, says, “Your Journey experience was the best program I’ve attended in many years.  It made me look at myself … to really look at myself … and I grew personally as a result.”

(PS:  Emotional intelligence is just one of many topics that we will cover in my 2-day Journey experience. If you register for the Journey now, you save $500 on your tuition by claiming your Early-Bird Discount.  Click here for more information and/or register.)

All people wear a little, invisible sign around their necks. It says, “Make Me Feel Important.” And the truly effective managers and coworkers do exactly that. They read the signs and act accordingly.

Some time ago I heard a doctor address a group of medical interns who were about to finish their residencies. He asked them, “Do you know who the leading doctor in any community is?” He said, “The leading doctor is the one who is able to make his/her patients feel important. It’s not necessarily the doctor who is the most learned. It’s not necessarily the doctor who is the best surgeon. The leading doctor in almost every community is the one who knows how to make his or her patients FEEL ‘you are important to me’.”

He went on to say a rather provocative thing — I’m sure somewhat tongue-in-cheek. He said, “Ninety-nine times out of a hundred, your patients are going to get well if you don’t give them something to kill them in the meantime. They’ll probably get well if you go in the room, look them in the eye, touch them on the shoulder, ask how they are doing, and really, really listen.”

Certainly that’s a bit of an overstatement. But there is plenty of research in the medical journals to support the doctor’s advice about emotional intelligence. Doctors and nurses who make their patients feel like they care about them have patients that recover much more quickly. They actually heal more rapidly than patients who feel like just another body in a bed.

Despite the research, some health care professionals sometimes talk about their patients as cases rather than as people. I know. I’ve heard the comments when I’ve served as a consultant in various health care facilities. I’ve heard doctors and nurses ask: “How is the broken leg in room 205… or… What’s going on with the kidney in 206?” Sometimes I wonder what would happen if they pulled back the sheets in 206 and simply saw a kidney lying there.

If you decide to adopt this emotionally intelligent practice of making people feel important, you need to…

3. Be Aware of the Downside.

Our culture has a negative, somewhat suspicious streak running through it. So when you attempt to make some people feel important, they wonder what you’re up to. They wonder if you’re trying to con them or butter them up so you can get something out of them. They wonder if they’re really important to you or it’s simply the function they perform that is important.

Will Rogers seemed to know about that suspicion. So he went on to say: “There is a law of relationships just like the law of nature. It’s as difficult to separate the sun from the sunshine as it is to separate the love of your work from the love of the people you work with.”

In other words, love of work and love of coworkers go hand-in-hand. And so does the reverse. If you hate your job, you’ll also dislike your coworkers — to some extent.

4. Say and Do Some Things that Actually Make People Feel Important.

This is not some lazy, pie-in-the-sky, hope-they-get-it kind of skill.  You can’t sit on your butt, say nothing or do nothing.

Of course, you may think all this “love” talk is inappropriate for the workplace. Fine. Call it “care,” “concern,” “respect,” “appreciation,” or whatever you like. But you’ve got to have a bit of that emotional-intelligence glue to maximize the effectiveness of any relationship on or off the job.

Then apply two items from your list each week for the next three weeks. I’ll bet you see a bit more motivation in your coworker and you’ll get a bit more cooperation from him/her.

If you were to consciously work on making the people around you feel important and loved, just imagine the difference it would make. Think how different your work day would be if you took time to tell a coworker that you were pleased with the way a job was done or that it had been a pleasure to work with him that day.

Again, emotional intelligence isn’t about empty flattery. I’m talking about sharing your appreciation of jobs well done and the pleasure of being around such good people. The more positives you share, the more others will be affected. And with enough of the positive, you begin to crowd out the petty complaining and gratuitous griping which is the hallmark of so many unhappy, unproductive workplaces.

Of course, you may think it’s easy for me to give this advice. I don’t know the turkeys you have to work with. That is true. But I like the way Will Rogers answered that complaint. He responded by saying, “The Bible says, ‘Love your enemies,’ but just for practice, why not try it on your friends for a little while?”

Final Thought:  Your success in any given task will be shaped by the extent to which you love the other people involved in that task.