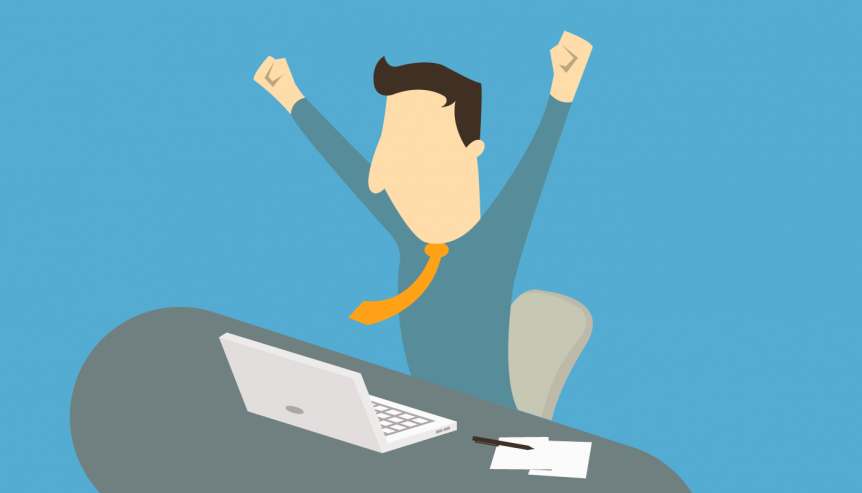 In case you haven’t noticed, just about everything has changed in the world of work in the last 25 years. In the OLD world, in the old system, people were expected to take orders. They were expected to park their brains, shut their mouths and work their forty hours a week.

As one of my clients, Lisa DeKrey at Eide Bailly LLP, says, “There are no unimportant jobs, no unimportant people. Everyone has something important to contribute … and it’s high time we find out what that is … and tap into those resources.”

So how can you encourage people to take responsibility and perform with excellence?

Lots of people don’t even know what “excellence” means. After all, they’re doing their job, getting by, thinking that’s good enough. They’re competent but not excellent.

F. W. Woolworth, the founder of the F.W. Woolworth retail chain knew all about that. That’s why he said, “We would rather have one person working WITH us than three merely working FOR us.”

If you care about your employees, your teammates, or your kids, you can’t let them continue their just-enough-to-get-by behavior or stay content with work-that’s-good-enough. The consequences of such behavior are dire.

You see, in the NEW world of work, it’s no longer good enough to get by. Those people who just try to get by will eventually find themselves out of a job. They’re a drag on the bottom line. And in a world of tight competition and narrow margins, organizations can no longer afford to keep those bottom feeders on the payroll.

Jim Collins, the author of the now-classic book Good to Great, says that good-enough space may represent a level of competence, but it’s a dangerous place to stay. He says, “Competence is the enemy of the great.” In other words, “competence” … or “work that’s good enough” … can blind people to the fact that there’s a level of excellence they haven’t even considered. And they need to be going in that direction.

Barbara Sanfilippo and Bob Romano talked about how one real estate sales force moved from get-by, good-enough competence to a vision of and a pursuit of excellence. The broker in charge wanted her office to become one of the top ten in the country. So she collected some magazines and asked her agents to cut out pictures that represented their dreams and ambitions.

Then, at a meeting, she asked each agent to share one picture with the group and put it on the team’s Dream Board. One agent, for example, needed a new car, so she put a picture of the car she wanted on the board. As the agents learned about each other’s needs and aspirations, they grew excited for each other and began working harder to make sales. In the end, everyone achieved their goals … or their own individual definitions of excellence … and the team sprang up to sixth place nationally.

As Sterling says in the book, Pygmalion in Management, it’s very difficult to disguise your expectations. So if you expect your coworkers to give you a mediocre performance, your coworkers will sense that … and give you mediocre results. You’ve got to EXPECT excellence from them.

I think of a high school charity auction where the students made various donations. One student offered to clean house for the highest bidder. One of the bidders was amazed at the steep price a woman paid to obtain this service. Asked why she paid so much, the other woman replied, “It’s worth it just to see my daughter actually cleaning the house.” Obviously, that mother expected anything but excellence from her daughter.

The same is true in many work environments. Managers, who over-manage or over-see every detail of every function, are communicating a lack of trust. They fear failure because they expect anything but excellence.

As a result, the employees grow wary of the boss’ ever-present staring over their shoulders. And, as Ed Reede of the U.S. Army says,

“Whether or not we have reasons to fear them, our conversations as employees become muted and restricted. Soon, nobody feels safe to comment or recommend anything.”

You need to EXPECT excellence, and then when you get it … reward it. And some managers don’t.

So take a good look at the example you set. Are you ever guilty of saying, “quality comes first” at your staff meeting, and then later allow some defective products to leave your warehouse because you’re pinched for time? Are you ever guilty of telling your kids to always tell the truth, but when the phone rings you tell them to say you’re not home?

In leading, managing, and parenting, you must help the people around you aspire to excellence. And then expect excellence from them, at the same time you set an example of excellence in everything you do.

Action Item: How do the other people in your world of work “know” you expect excellence from them? Is there a better, clearer way to communicate your expectations?

Dr. Zimmerman’s Tuesday Tip, Issue 889 – How to Get Others to Perform with Excellence