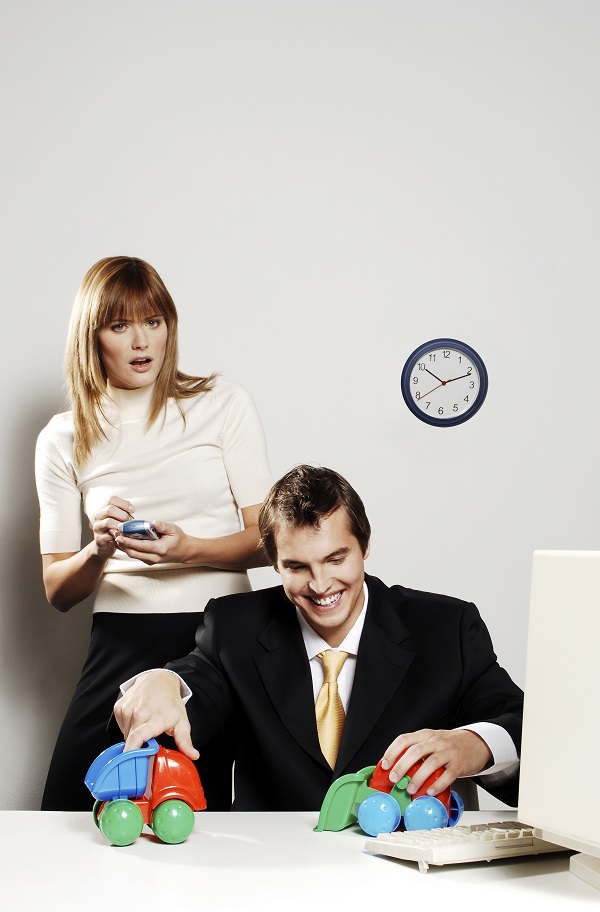 Are you the garbage truck or the enlightened taxi driver?  You’re one or the other.  And your answer will make a HUGE difference in your life, work, and relationships.

When speaking at Boeing, one of participants told me, “One day I hopped in a taxi and we took off for the airport. We were driving in the right lane when suddenly a black car jumped out of a parking space right in front of us. My taxi driver slammed on his breaks, skidded, and missed the other car by just inches! The driver of the other car whipped his head around and started yelling at us. My taxi driver just smiled and waved at the guy and I mean he was really friendly.”

“So, I asked, ‘Why did you just do that? That guy almost ruined your car and sent us to the hospital!'”

“That is when my taxi driver taught me what I now call, The Law of the Garbage Truck. He explained that many people are like garbage trucks. They run around full of garbage, full of frustration, full of anger, and full of disappointment. As their garbage piles up, they need a place to dump it, and sometimes they’ll dump it on you. Don’t take it personally. Just smile, wave, wish them well, and move on. Don’t take their garbage and spread it to other people at work, at home, or on the streets.”

That’s why my keynote, half-day, and full-day program on UP Your Attitude continues to win rave reviews on five continents. People want to know and need to master the secrets of motivation. (To read more about the program and to see if it might fit into one of your future meetings, go to https://www.drzimmerman.com/programs/keynotes/improving-attitude-and-taking-action.)

Two of my former students, and managing partners of the Diamond Performance Group, Scott Anderson and Chip Kudrle have identified some of the secrets of motivation.  I think you’ll find them eye-opening.

The first one is…

As someone so aptly noted, “Spectacular achievement is preceded by unspectacular preparation.” In other words, truly motivated people put in the grunt work before they ever see the great work that comes out of it.

Perhaps you know some fellow coworkers who do just enough to get by. That is not “true” motivation. It’s merely capitulation. They’re capitulating to the possible consequence of losing their job if they don’t do at least a little bit of work.

As one person said, “If laziness were an Olympic discipline, I’d want to finish 4th so I wouldn’t have to climb the medals podium.”

No, REAL motivation is characterized by discipline. The motivated individual is willing to make short-term sacrifices to meet long-term goals. As 19th century history professor, Charles Kendall Adams, put it, “No one ever attains very eminent success by simply doing what is required of him; it is the amount and excellence of what is over and above the required that determines the greatness of ultimate distinction.”

What about you?  Do you have all the discipline you need to get what you want?

If not, try this.  Pick one good thing that needs to be done … something you don’t feel like doing … and make yourself spend ten minutes on that task every day.  I don’t care how lazy you are or how big of a wimp you are; you can still make yourself spend ten minutes on that activity.  Over a period of time, you will strengthen your discipline muscle.

Of course, no matter how motivated you are, your results may not be instant. So you need this second secret of motivation … determination.  Just like a snail.

One guy learned that when he was sitting at home and he heard a knock at the door. He opened the door and saw a snail on the porch. He picked up the snail and threw it as far as he could.  Three years later, there was a knock on the door. He opened it and saw the same snail. The snail said, “What was that all about?”

Tommy Lasorda, the well-known baseball manager, was constantly emphasizing this characteristic of motivation. He would say, “The difference between the impossible and the possible lies in a person’s determination.”

So would the never-give-up inventor, Thomas Edison. He would tell everyone who would listen, “Our greatest weakness lies in giving up. The most certain way to succeed is always to try one more time.”

Well, my students Anderson and Kudrle have gotten very specific with this attribute as it applies to sales. They’ve found that 92% of salespeople give up after the 4th “no,” but 60% of customers say “no” four times before saying “yes.” The truly MOTIVATED salespeople, or any person for that matter, keeps on trying despite the rejections, difficulties and obstacles. And if need be, they keep on trying different approaches until they achieve their goals.

One caution. You will have failures along the way. But don’t ever tell yourself, “I’m a failure.” You are not defined by an incident or even a habit. As psychologist Dr. Bev Smallwood tells her clients, “You are definitely not a ‘failure,’ UNLESS you bail out, give up, or quit trying.”

With DETERMINATION, the truly motivated person keeps on keeping on. Even though he only lived a mere 33 years, Bruce Lee, the martial artist, actor, and author, exemplified that. He said, “Defeat is a state of mind. No one is ever defeated until defeat has been accepted as reality. To me, defeat in anything is merely temporary and its punishment is but an urge for me to make a greater effort to achieve my goal. Defeat simply tells me that something is wrong in my doing; it is a path leading to success and truth.”

To get personal, what is something in your life on which you have given up?  Ask yourself if it might be worth at least one more try.

Going a step further, we find that MOTIVATION is also composed of courage. Anderson and Kudrle say the motivated individual steps outside his comfort zone, bends the rules when necessary, and takes a calculated risk to achieve his goals. And that, in essence, is the very definition of courage.

A man explained how he did that when he appeared before St. Peter at the pearly gates.  St. Peter asked him, “Have you ever done anything of particular merit?”

“Well, I can think of one thing,” the man offers.  “On a trip to the Black Hills, out in South Dakota, I came upon a gang of macho bikers who were threatening a young woman.  I directed them to leave her alone, but they wouldn’t listen.  So I approached the largest and most heavily tattooed biker, smacked him on the head, kicked his bike over, ripped out his nose ring and threw it on the ground, and told him, ‘Leave her alone now or you’ll answer to me.'”

Of course, that’s a silly story.  On the serious side, if you’re going to be a truly motivated individual, you’ve got to have a measure of courage. After all, motivation and timidity are incompatible. That’s why management guru Peter Drucker says, “In every success story, you find someone who has made a courageous decision.”

Bottom line, the difference between a successful person and a failure may not be the amount of talent that each person has or which one has better ideas.  Most of the time, the more successful person has more courage to bet on his ideas, take a calculated risk, and act.

What about you?  Do you have enough courage to create the life, work, and relationships you want?  Or are you stuck in your comfort zone, doing nothing more than wish things would be better?

Final Thought:  True commitment begins when we reach the point of not knowing how we can possibly go on … and decide to do it anyway.