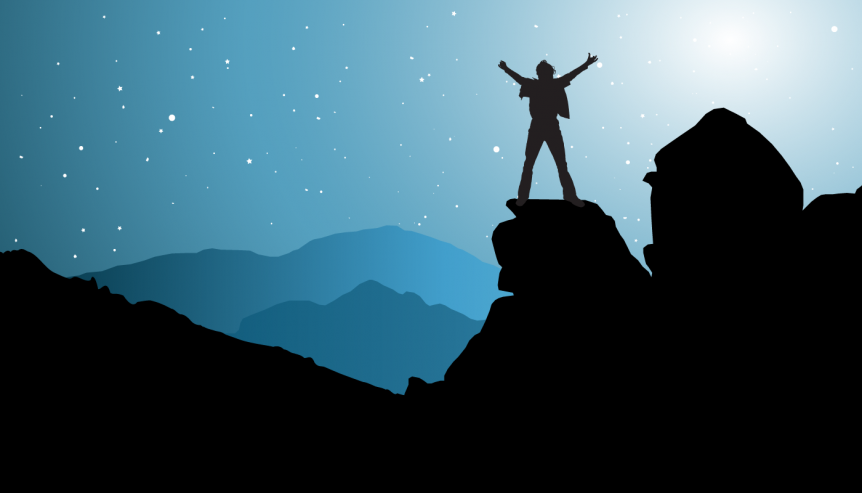 Almost everybody I meet wants to have more, be more, or do more. You probably do also.

The problem is … only a few people ever learn how to get all those things. And that’s a crying shame.

Because all extraordinarily successful people have tapped into the same set of secrets to arrive at their extraordinary success. All you have to do is apply some of their “secrets” to achieve some of their success.

Indeed, that’s exactly what I teach in my keynote and seminar on Up Your Attitude: 6 Secrets That Turn Potential Into Performance. For more information on this program, click here.

Let me give you three secrets to get you moving in that direction.

Almost without exception, extraordinarily successful people did not luck into extraordinary success. And most of them were not given a successful company to run.

Most of them started with little or nothing … but they got off their butts and did something. They didn’t wait for the Power Ball Lottery to announce their name and they didn’t wait for every condition in their personal lives, their finances, and the economy to be in perfect shape.

Take a look at a few examples. In every case, the people involved got off their butts and did some things to make their success happen.

The highly successful people answer yes to the first question and no to the second one.

Then you need to…

2. Put a Laser-Like Focus on Your Goal.

In the all-time classic, Napoleon Hill’s book, Think and Grow Rich, Hill declares, “Fix in your mind the exact amount of money you desire. It is not sufficient to say, ‘I want plenty of money.’ Be definite as to the amount.”

Even though Hill was referring to financial goals in the above example, he goes on to say that you must have a laser-like focus for any goal you want to achieve.

The warrior Arjuna knew the power of such focus. When he and his fellow warriors were competing in a tournament to shoot out the eye of a clay owl at great distance, Arjuna knew about the power of focus.

When the other warriors were about to shoot, they told their instructor they were ready because they saw the owl, as well as the surrounding trees, ground and sky. But they all missed the target. It was only Arjuna who said, “I see the eye of the owl. That’s all I see.”

And when it comes to extraordinarily successful people, they focus, focus, focus on what they want to achieve. You’ve got to do the same thing. You can’t go off on tangents, lose your focus, diddle around and expect to achieve your greatest goals.

3. Determine Your Extraordinary Success Give Back.

Napoleon Hill went on to say, “Determine exactly what you intend to give in return for the money you desire.”

In a sense, he was saying there was no such thing as a free lunch or getting something for nothing. If you want to GET extraordinary success, you have to GIVE something back.

And yet some folks don’t get that. I remember one of my first employees. As I walked into the office, she said, “I’ve got to talk to you right now.”

She was very aggressive, almost sarcastic, and said, “I need a $1000 a month raise … starting now.”

I was about to laugh. I thought she was joking and then realized she was serious. She continued, “My husband and I are moving into a new house that we have just built and I really need the pay increase to pay for the house.”

It was a ridiculous request, but I gently advised her that she may be looking in the wrong place for more money. She may need to look for another job. After all, I noted, “Your salary is based on a list of problems you are solving for me and our customers. Now you want a huge increase in salary. Do you have a list of the new problems you will begin to solve for me and our customers?”

It had never crossed her mind she needed to solve more problems to acquire a bigger salary. Likewise, you have to figure out what you plan to GIVE BACK … to GET the money or ACHIEVE the goal you want to achieve.

ACTION: What great goal in your personal or professional life needs a great deal more focus so you move closer and closer to extraordinary success?

Write out what you want to get more of … financially, relationally, occupationally, physically, socially, spiritually, and emotionally. And begin to FOCUS on those things.

PS: Coming in September is my Extraordinary Success 2.0 Master Class reserved for a maximum of 24 people who are serious about taking giant steps forward, on and off the job. I will let you know how to apply for one of these 24 spots in the near future.