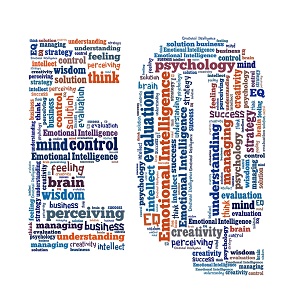 Your emotions may be standing in your way. You may want greater success and happiness, but somehow you can’t seem to find it or keep it … because your emotions are sabotaging you.

For example, you may be one of the millions who choose a diet and exercise regimen, give it a try, give up, try another diet, and try another exercise program, but never stick to anything long enough to get sustained results. All because your emotions are getting in the way. You “just don’t feel like it,” and so you give up.

Unfortunately, you may be Emotionally Ignorant and not even know it. That’s why the study of Emotional Intelligence is so important and powerful. You can learn how to manage your emotions instead of letting them manage you.

(I’ll be talking about that in my brand-new webinar called “Emotional Intelligence Ramped Up: Going Beyond The Pleasant Smile And The Chicken Soup To Positive Peak Performance.” I’ll be sharing that information on May 15th at 2:00 p.m. EST. You can’t sign up for this webinar yet, but I wanted you to know the date and time so you can put it on your calendar.)

To become more effective at managing your emotions, I suggest the following … for starters.

1. Understand the nature of emotions.

Sometimes your emotions are helpful and at other times hurtful. They come in positives and negatives. They can make you laugh one hour and cry the next. And your emotions are apt to quit on you when you need them the most and flare up when you wish they would go away. It’s the nature of emotions.

The truth is you’re always going to have emotions and it’s not a sin to have them. It’s when you blindly follow them that you get into trouble.

As a former Minnesotan, I was somewhat interested in the Minnesota Vikings, especially when they were doing well. And I found the career of quarterback Fran Tarkenton quite interesting to follow.

There was a time that Tarkenton was “doing” so badly with the Vikings that he skipped practices and decided to quit. When coach Bud Grant finally got to him, he told Coach Grant that he hated being booed by the hometown fans, was weary of the media criticism, didn’t “feel” he was helping the team, and wanted to quit.

3. Take responsibility for the management of your feelings.

For one, stop using irresponsible victim language. Stop saying things like “I’ll try … I can’t … or … It will never work.”

Start talking like a person who is in charge of his or her emotions. As one of my “Journey to the Extraordinary” participants Brian Cavanaugh says, “Accomplishment comes to those who say, ‘I can make it happen.'”

The major key to your better future is how you manage YOU. Your feelings. It’s called Emotional Intelligence.

Of course, there are many things that can help you have a better future … such things as working in a dynamic company, having products and services you are proud of, having access to all the training you would like, and working for a leader you respect. All of those things will help. It would also help if the weather was never bad, if your car never broke down, if your kids never got into trouble, if your in-laws didn’t bug you, if your were neighbors were nice, and the government didn’t raise taxes. They’ll all help you have a better future.

And finally, for today’s “Tuesday Tip,”

4. Take responsibility for the management of your knowledge.

You see … lots of people are capable of achieving so much more. They have the knowledge, but they don’t have Emotional Intelligence to put that knowledge to work.

For example, shortly after he returned from discovering the Americas, a group of people held a big banquet for Christopher Columbus. After dinner, one of the guests challenged Columbus by saying, “Anyone could have found the Americas,” and said that Columbus had no “special skills to help him achieve his historical find.”

Columbus picked up a hard-boiled egg from the table and asked the gentleman who had challenged him to balance the egg on its narrow end. The man tried unsuccessfully and pretty soon the entire party had joined in. Nobody could do it.

Finally, after everyone agreed it was an impossible task, Columbus took the egg, cracked the tip of it slightly, and flattened out the narrow end a little. Then, he easily balanced the egg on the table. Of course, there was an uproar, as all the guests claimed that any one of them could have also tapped the top of the egg to balance it.

Columbus responded, saying of course any one of them COULD have done it. But none of them did. He said the same thing could be said about discovering the Americas. There may have been lots of people who had the knowledge to find the Americas, but like everything else in life, very few people actually manage and use that knowledge to reach their goals.

What are you doing … or need to do … to manage your feelings so they work for you instead of against you?