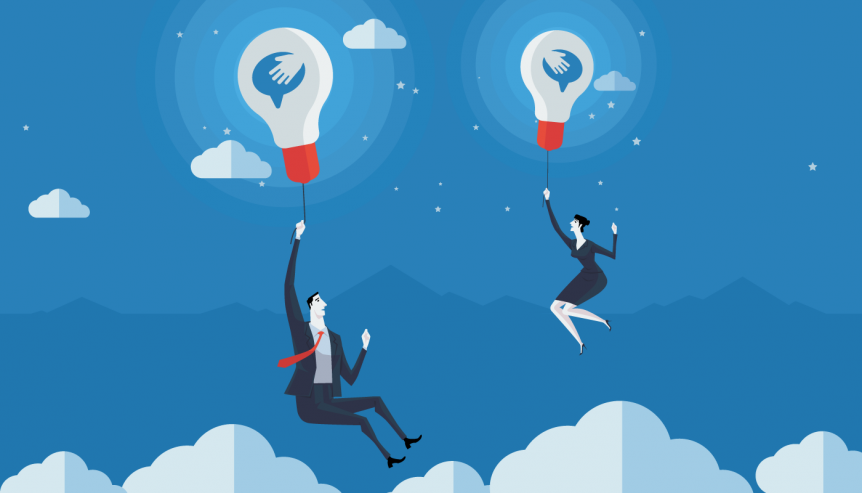 A few days ago I stopped at a convenience store as I was driving to a speaking engagement with IBM. As I was checking out, I asked the person behind the counter if she was the manager.

I immediately felt sorry for her manager. I thought about what a hassle it must be to have an employee like that.

But I also thought, “How pathetic!” She’ll never go anywhere with that little concern for the challenges faced by her manager and her customers. And she’ll probably go on to blame them for her being stuck in a dead-end job or missing out on all the “breaks” in life.

Of course there are lots of people skills that you should master. In fact, most of my keynotes & seminars, web conferences, and books are focused on teaching people those skills. However, no skill is more important than the depth of your concern.

When you’re concerned, and I mean really concerned about the problems of others, you’re on the sure road to success.

Let me tell you how that works. First, you’ve got to recognize that …

John D. Rockefeller, one of the shrewdest, most successful businessmen in American history, said, “I will pay more for the ability to deal with people than any other ability under the sun.”

Somehow or other, he knew that all success can be traced back to people. Whether that is financial success with your customers or teamwork with your coworkers, it all ties back to your people skills … especially those skills that impact the feelings of others. That’s why I say you must…

2. Communicate Your Feelings of Concern.

Yeah, yeah. I know this sounds rather touchy-feely. But all the research on emotional intelligence makes it very clear that the way you handle your emotions and those of others is one of the most important get-ahead factors in life.

Dr. Mike Murdock confirmed that. He tells the story of meeting a young lawyer who opened his eyes. The young lawyer had worked with one of the greatest lawyers in the Midwest, a man who had won nearly every case with multi-million dollar settlements.

At first, the young man couldn’t figure out the reason for his boss’ success. The older man’s research, reading, and preparation seemed to be about the same as other lawyers. But when the old lawyer walked back and forth in front of the jury, a transformation took place on their faces. And when they came back from the jury room, they always gave his client a huge settlement.

So one night, at the company Christmas party, the young lawyer questioned his mentor. He said, “You must tell me your secret. We watch you carefully. We read your material, but none of us in the firm can figure out why your juries return multi-million dollar verdicts.”

The old lawyer said, “I’d like to tell you, but you wouldn’t believe me if I did.” But the young lawyer persisted, month after month, asking the same question. The old lawyer just kept saying, “It really would not mean anything to you.”

Finally, one day the young lawyer was going to leave the firm to join another firm. His old mentor said, “Take a drive with me.”

They went to a grocery store. The old lawyer filled the back of his car with groceries and then drove into the country. It had snowed. It was freezing and the roads were treacherous. They finally drove up to a very modest, inexpensive farm house. The old mentor instructed the young lawyer to help him carry in the groceries.

When they went inside the house, the young lawyer saw a little boy sitting on the sofa. He noticed the boy had no legs and learned it was the result of an auto accident. The old lawyer spoke to the family for a few moments, and then he said, “Just thought I would bring a few groceries for you. I know how difficult it is for you to get out in this kind of weather.”

As they were driving back to the city, the old lawyer looked at the young lawyer and said, “It is quite simple. My clients really do matter to me. I believe in their cases. I believe they deserve the highest settlement that can be given. When I stand before a jury, somehow they feel that. They come back with the verdicts I desire. I feel what my clients feel. The jury feels what I feel.”

The old lawyer was successful because the problems of others mattered to him. The depth of his concern was the one critical factor the other less-successful lawyers had overlooked.

What about you? Do the problems of others really matter to you? Do other people feel your concern?

There’s an old saying, a rather wise saying, that states:

“People Will Forget What You Said.

People Will Forget What You Did.

But People Will Never Forget How You Made Them Feel.”

Of course, some of you may be saying, “Sounds good in theory, Dr. Zimmerman. But what can I do to communicate more feelings of concern?”

As strange as it may sound, a good place to start using this skill is on your boss.

At some level, every one of us is an employee to someone else. And as an employee, you need to be an oasis for the boss.

Here’s a key point – When the problems of others matter to you, your success will matter to them.

If you lower your boss’ hassle factor, chances are much better that your success will matter to him.

Of course, some of you reading this are bosses. So you must also…

Employees are constantly wondering if anyone really gives a rip around the workplace. And caring is one of the top motivators. In study after study, employees say they “want to work for someone who is concerned when we have problems.” In fact, it’s among the top five motivators.

If you’re a boss, you need to remember that a paycheck doesn’t show that you care. Everyone gets a paycheck. What shows you care is spending time with employees, listening to them, and asking how they are doing personally and professionally.

If you don’t “show” that you care, employees conclude that you don’t. Then they reciprocate and they stop caring too. Remember boss, when the problems of others matter to you, your success will matter to them.

To get better at this caring and concern dynamic,

Take an inventory of yourself this week. Just ask yourself one question over and over – How do you make people feel?

How do you make your boss feel? Your coworkers? Or your customers? How about your spouse? Your children? And everyone else?

And then for one week, treat every person you meet, without a single exception, as the most important person on earth. You will make an amazingly, wonderful discovery. They will begin to treat you the same way.

I’m not saying it’s easy. It will always be a challenge to let the problems of others matter to you, especially when you’re busy and being pulled in a thousand different directions.

But that’s not the issue. As one father said to his son, “Remember that you show courtesy to others, not because they are gentlemen, but because you are.”

If you fail to show your concern and caring to others, you’re not only hurting the relationship, you’re hurting your own chances of success.

Final Thought – The depth of your concern will determine the height of your career.

Dr. Zimmerman’s Tuesday Tip, Issue 882 – How the Depth of Your Concern Will Determine the Height of Your Career