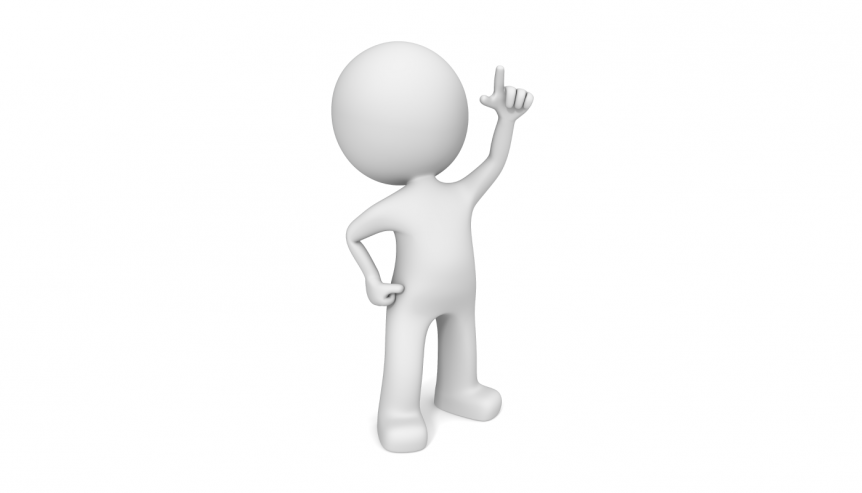 We live in an electronic age that comes with a curse. The curse of living in a world where we are more connected but less engaged than ever before.

Even the broadcast industry has come to recognize the curse. As Paula Kerger, a television network executive, says, “The next generation of leaders needs to be encouraged to work with colleagues face-to-face and not hide behind e-mails.”

You see, the total meaning of a message comes from both the verbal and the nonverbal components. If you take away the nonverbals … such as the facial expressions, gestures, and tones of voice … as many forms of electronic communication do … you take away MOST of the cues that are used to interpret a message.

So the chances of miscommunication rise dramatically.

Even more so, when you add a diverse workplace into the mix. We can easily interpret the same nonverbal expression quite differently.

I learned that as an 18-year-old teenager hitchhiking through Europe on my own. After being served a good meal with good service in Naples, Italy, I thanked the waiter with the typical American A-Okay gesture, bringing my thumb and forefinger together.

The waiter was appalled and called for his manager. They seriously discussed calling the police and having me arrested for offensive, obscene public behavior. What I had intended as a friendly, appreciative gesture meant something very nasty to them. In their culture, my gesture was the equivalent of calling the waiter an “a..hole” or soliciting a certain type of intimate encounter.

By contrast, emotionally intelligent people know how to read the body language of others and they know how to send the most effective nonverbal signals.

And more often than not, it’s your nonverbal communication that will send those kinds of messages.

That’s just one of the topics I will cover in my new, live, first-time offering of my webinar on BODY LANGUAGE: How to Read What Every Body Is Saying. Join me on July 28th, 2016 from 3:00 to 4:00 p.m. Eastern Time for an eye-opening experience.

But let’s get started on the topic right now.

You’re always sending out one message or the other. Make sure you know what message your body language is sending, or you may not be getting the results you would like.

For example, I remember counseling a very attractive young lady who was overcome with loneliness. She never got asked out for dates or invited to parties, sitting alone at home most nights, even though she desperately wanted some friends in her life.

After some discussion, she realized she was giving off nonverbal signals that pushed people away. Her body language was saying “I’m stuck up, standoffish, not interested, and too good for you.”

One of my executive coaching clients was having trouble breaking into the C-level in his organization, despite his track record of incredible successes over a long period of time. And his verbal communication skills were excellent.

So why the problem? He didn’t look like a C-level person. His hair style and clothing choices seemed more fitting for a Mom-and-Pop operation than an international corporation. His nonverbal communication was holding him back.

Could that be true of you? If you aren’t aware of the nonverbal messages you are sending, get some feedback from some people who really know you … and whom you really respect. Get their input.

With your assessment in hand,

That’s right, rules. Like anything else in life, if you know and follow the rules, you’re likely to get a pretty big payoff. I talk about that in great detail in my book, The Payoff Principle: Discover the 3 Secrets for Getting What You Want Out of Life and Work. Click the link to get your copy.

If, on the other hand, you don’t know the rules and follow the rules, you’re going to get into trouble. I mentioned one example in my opening remarks, that I did not understand the nonverbal rules in Naples, Italy.

It happened again when I used the thumbs-up gesture. Whereas Americans and most Europeans interpret the gesture as meaning “everything’s all right,” that’s not the case in West Africa and South America. There it refers to a vulgar act of abuse.

Now, before I travel somewhere in the world where I don’t know the rules, I consult a website called Culture Grams first. It gives me a concise understanding of a country’s people, culture, and communication systems. And as a result, it has saved me a lot of embarrassment and opened a lot of doors for me.

Of course, I can’t cover all the nonverbal rules in a single edition of my Tuesday Tip. I can do more of that when we spend an hour together in my upcoming webinar on BODY LANGUAGE on July 28th at 3:00 p.m. Eastern Time.

But for the moment, let’s look at one set of rules … the rules of eye contact in American culture, if that’s the culture in which you live and work.

I call it Rule #1: When you talk to someone, you must look at them and they must look at you. We feel uncomfortable when our listeners look everywhere else in the room but at us.

The point you need to remember? To have positive personal and professional relationships, make sure you look at the people you’re talking to.

It’s Rule #2: If you do not talk to someone, you should not look at them. But if you look at someone, you must  talk to them.

It’s considered very impolite to stare at someone that you are not talking to. And if you get caught looking at someone you’re not talking to, you usually feel quite embarrassed. So if you’re following the rule, you’ve only got two choices: to look away or start talking.

At work there’s a corollary to this rule which says, “If you don’t look, you don’t have to talk.”

Some people at work have taken this rule to the extreme, where they don’t look at you in the hallway, at lunch, or even passing your desk, ever. Of course they can rationalize that they have more important things to do, or they can say they’re just too shy to reach out.

Maybe so, but I would remind those people that such behavior will never help them in their careers or their families. It will only hurt them.

For example, you might observe two people walking towards each other in the hallway. As they get closer they must do one of two things if they’re going to follow the rules.

One, they can pretend they don’t see each other, so they don’t have to say anything to each other. In this case, they might concentrate on their feet, look at what they’re carrying, or look straight ahead.

Two, they could look at each other, which means they have to at least acknowledge each other with a few words or a nod of the head, if they’re following the rules. Anything else would be considered rude and unprofessional.

Without a doubt, highly effective, emotionally intelligent people are good at reading body language. It only stands to reason that you should be also.

Everyday interactions are filled with secret nonverbal cues just waiting to be understood. In fact, research shows that an amazing 60–80% of our communication is nonverbal.

Yet most people have no idea how to decode all those nonverbal messages.

And to make matters worse, lots of the information on body language in popular books and the media is either incomplete or completely wrong.

When you understand body language, however, you will have a decisive advantage in every business deal and personal interaction. You will have the powerful ability to understand what another person is really saying with his facial expressions and gestures.  And you will get a clearer sense as to whether or not someone is telling you the truth.

Have You Taken the Journey Tour?

As of the date of this Tuesday Tip, my next Journey to the Extraordinary Experience will be held on November 10-11, 2016 in Chicago, IL. In this life-changing, work-transforming, 2-day event…you’ll learn my 12 Keys to Guaranteed Success both on and off the job.

You can follow my proven road map to lasting success in your personal and professional life by taking the Guided Tour of my Journey experience. In this Guided Tour, you’ll learn: