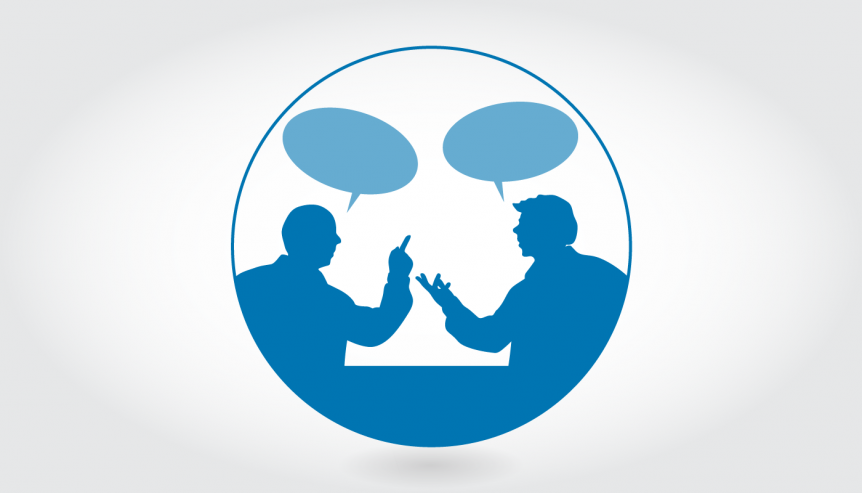 How stupid! Words are one of the most powerful forces on earth. People, relationships, even nations are built up or brought down by words.

Words are the same way. Words are powerful because they can never be taken back.

And there are two types of words (or two types of communication) that destroy more relationships and more teams than anything else.  Read on.

The two most destructive words are blame and gossip. They block understanding, prevent problem solving, and demoralize their recipients. They’re just plain bad news no matter how you slice it.

This is what I recommend to stop the blame game and the gossip trap.

1. Recognize the Futility of Blame.

I remember one woman who wrote for advice. In her e-mail she complained about her husband. She even listed all of his faults. Then she said, “I really told him off the other day. He’ll treat me better or else!”

As her letter went on, it was quite obvious she was very angry. Her tone was one of blame-blame-blame, what was wrong with her husband, and how he had caused all of her problems. Surprisingly, she finished her letter by asking how she could have a better relationship with her husband.

I told her that indeed her husband sounded like a very difficult person. However, her blame would never improve their situation. It never does.

Blame doesn’t work because it bankrupts the other person. Psychotherapist Jonathon Robinson talks about that in his book, Communication Miracles for Couples. He talks about the “self-esteem bank account.”

By way of explanation, Robinson says the average person should have $10 in his self-esteem bank account. When his account is empty, bad things happen. After all, no one can stand to be bankrupt for very long.

Quite often, the bankrupt person gets violent. He tries to “take” some self-esteem “dollars” from someone else by blaming the other person for his problems. And in some dysfunctional way, the blame makes him feel a bit better.

Unfortunately, blame makes the other person feel attacked, who then proceeds to blame and insult in self-defense. He says something like, “You think I’m selfish? You should look in the mirror.”

You need to recognize that blame is not an effective way to get another person to listen to you or work with you on solving a problem.

In fact, just the opposite is needed.

That’s what Karen Harthorn from the Target Corporation learned.  She said:

“I learned so much at your Journey-to-the-Extraordinary program that I’ve applied both at work and home.  But let me share one great success with you.  Connor, my 10-year old, has cerebral palsy and will never be great at team sports.  However, he loves to sing but was a little timid about singing in public. As a result of the Journey and what you taught us on how to encourage others, I enrolled Connor in voice lessons.”

Karen goes on to say, “Within 3 months he sang a couple of songs for his class, and then he was asked to sing for the school’s broadcast.  And finally he sang in a concert, where he was the youngest by far. He did awesome!! Now he wants to sing the National Anthem in the Metrodome.  I’ve always been pretty positive with my family and coworkers, but the Journey-to-the-Extraordinary taught me how to be even more encouraging.  It works!”

2. Remember the Impossibility of Retraction.

Once you blame somebody else or pass along some gossip, you cannot retract your words.  They’re out there in the open.  In the words you spoke or the email you sent.

An old Jewish teaching talks about that. The teaching compares cruel words to murder.

The penitent thief can return the money he has stolen. But the penitent murderer, no matter how sincerely he repents, cannot restore the victim to life. And in a similar sense, a person who damages another’s reputation through malicious blame and gossip can never totally undo the damage.

That was illustrated by a folktale set in the 19th century of Eastern Europe. A man went about the community slandering the rabbi. But one day, feeling remorseful, the man begged the rabbi for forgiveness. He offered to do any kind of penance to make amends for the damage he had caused.

The rabbi told him to take a feather pillow from his home, cut it open, and scatter the feathers to the wind. The man did as he was instructed. He then returned to the rabbi and asked, “Am I now forgiven?“

“Almost,” replied the rabbi. “You first have to perform one last task. Go and gather all the feathers.”

The man protested, “But that’s impossible because the wind has already scattered them.”

“Precisely,” said the rabbi. He knew that once the nasty words are spoken, they’re impossible to retract and the damage they leave behind is very difficult to rectify.

In reality, very few people actually see themselves as blame-gamers or gossips, but lots of people are. I suppose that’s why one person said, “Gossip will never be repeated through these lips; so listen carefully.”

To prevent yourself from using these two destructive communication patterns, see your words for what they are. You may think you’re simply passing along “information” and your “information” isn’t gossip.

To make sure that’s the case, ask yourself two questions.

If you answered “yes” to one or both of those questions, your “information” is probably gossip. That’s why your parents and teachers may have told you “Don’t say anything about a person unless it’s good.” But one man said, “Wait until you hear this. Is it ever good!”

4. Remember the Price You Pay.

Perhaps you’ve noticed this phenomenon. You’ve gone to a party and there wasn’t much to talk about–until one or two couples left. Then the conversation picked up and the gossip flowed freely.

And have you ever wondered what people said about you when you were gone? Of course.  Gossip always destroys trust.

The same goes for blame.

Think before you speak. You can’t take your words back and you can’t totally undo their damage. So think. Do your words build up or tear down? If your words tear down, you might be better off saying nothing. Remember, “A closed mouth gathers no feet.”

You may be guilty of putting your tongue to work before your brain is fully engaged. It’s a dangerous way to live.

Instead, you might practice what I read on a sign recently.  It said, “To say the right thing at the right time, keep still most of the time.”

That may be an exaggeration, but you get the point. If your information isn’t helpful to all concerned, you may need to keep still.

Listen to Ty Inglis, a CPA at the accounting firm of Eide Bailly LLP. Ty says,

“Before your Journey-to-the-Extraordinary program, I would often continue to work or be distracted when staff members came into my office.  This approach left people with the impression that I was not interested in them or their concerns.  After I attended your Journey program and learned the amazing techniques you taught us, I have made a concerted effort to employ the listening techniques that we learned.  This has made me a better listener and has dramatically improved my relations with my staff.“

It may be good for you and your relationships on and off the job. You relieve the stress and rebuild the trust.

I think of one teacher who asked his adult students to think of things from their past that made them feel ashamed or regretful. He suggested that they find ways to apologize–or right the wrongs–if at all possible.

The next week in class one of his students, Jimmy Calkins, reported that he had done that. Twenty years before back in high school, he and two friends had climbed the water tower in a small Iowa town. In bright read letters, they wrote on the tower, “Sheriff Brown is a S.O.B.!”

The sheriff apprehended the boys the next day. The other boys confessed, but Jimmy lied. He denied any involvement and escaped punishment.

Jimmy said he didn’t know if Sheriff Brown was alive or not. But he looked up the number and called. Sheriff Brown answered, and he heard, “This is Jimmy Calkins. And I want you to know that I did it.”

“I knew it,” Brown yelled back. They had a good laugh as they conversed.

The real lesson came in Brown’s closing words. He said, “Jimmy, I always felt badly for you because your buddies got it off their chest and I know you were carrying it around all these years. I want to thank you for calling me–for your sake.”

To make a quick and lasting positive difference in your communication, stop the blame game and the gossip trap.

Final Thought:  To blame is to be lame.

Save $600 Now on Your Journey to the Extraordinary

Thousands of you opted-in for my free video training series on the 12 Keys to Incredible Happiness and Extraordinary Success that I teach in my Journey program. I’m bringing this life-changing, work-transforming, 2-day program to Chicago, Illinois on November 10-11, 2016. Though hundreds of past attendees have paid the normal registration price for the Journey of $1,497 … you get a $600 discount on your registration fee for being a subscriber to my weekly Tuesday Tip article.

The only bad news is that seats are limited and the Early Bird pricing will come to an end very soon. I know you’ll love every minute of your Journey to the Extraordinary experience because you’ll learn the keys to unlocking incredible happiness and extraordinary success in your own life. Just click the button below to reserve your spot and enjoy your Early Bird discount.