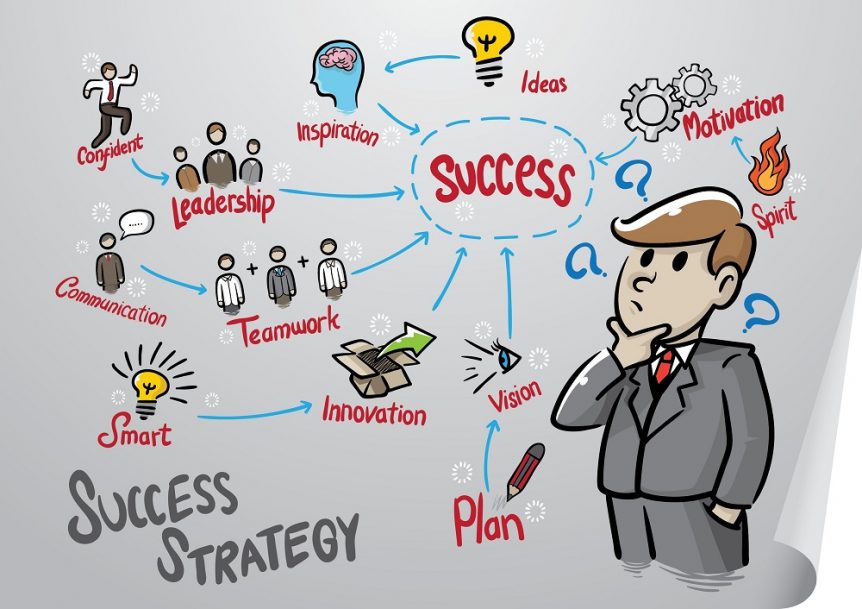 So what is the RIGHT answer?

I think I know … and that is … a few people are born leaders. They’re more naturally inclined to be leaders. There’s something in their genetic makeup that puts together the kind of personality that others want to follow.

But most leaders are made. Somehow or other they learned how to be leaders.

I know that leadership is teachable and leadership skills are learnable. In fact I have staked my entire career on that belief.

If you do a few simple things, you will become a more effective leader in your organization, your team, your family, your community, your church … wherever you show up and exert some effort.

Your more effective leadership has at least six skills attached to it. And as Margie Ritter from Minnesota Power says about these six skills, “This is VERY powerful stuff.”

After she attended my Journey-to-the-Extraordinary experience, she wrote, “Your lessons on behavioral kinesiology alone will blow most people right out of the water.”

I said there are six leadership skills you need to master. Let me discuss three of them with you today

► 1. Paint a brighter picture of the future.

Now that sounds pretty fancy and theoretical. But it’s not. It’s simply a matter of letting people know there’s something out there that is better than what they have right now. Help them see it, feel it, smell it, taste it, and touch it. The more vividly they see a brighter future, the more excited they become in helping you make that future a reality.

In fact, you may have used this strategy and didn’t even know you were doing it.

If, for example, you were working lots of extra hours to complete a project and if your spouse was having a hard time with your schedule, you may have reminded your spouse of your one-week vacation that was coming right after the project was completed. You were painting a brighter picture of the future.

Whether you use a brighter future to boost productivity, change behavior, or just plain encourage someone, it almost always works.

It’s like the story of two men, both seriously ill, who occupied the same hospital room. One man was allowed to sit up in his bed for an hour each afternoon to help drain the fluid from his lungs. His bed was next to the room’s only window. The other man had to spend all his time flat on his back.

The men talked for hours on end. They spoke of their wives and families, their homes, their jobs, their involvement in the military service, where they had been on vacation.

Every afternoon, when the man in the bed by the window could sit up, he would pass the time by describing to his roommate all the things he could see outside the window. The man in the other bed began to live for those one-hour periods where his world would be broadened and enlivened by all the activity and color of the world outside.

The window overlooked a park with a lovely lake. Ducks and swans played on the water while children sailed their model boats. Young lovers walked arm in arm amidst flowers of every color, and a fine view of the city skyline could be seen in the distance.

Days, weeks and months passed. One morning, the day nurse arrived to bring water for their baths only to find the lifeless body of the man by the window, who had died peacefully in his sleep. She was saddened and called the hospital attendants to take the body away.

As soon as it seemed appropriate, the other man asked if he could be moved next to the window. The nurse was happy to make the switch and after making sure he was comfortable, she left him alone. Slowly, painfully, he propped himself up on one elbow to take his first look at the real world outside. He strained to slowly turn and look out the window beside the bed. It faced a blank wall.

The man asked the nurse what could have compelled his deceased roommate to describe such wonderful things outside this window when there was nothing there. The nurse said she didn’t know. She just knew the man was blind and could not even see the wall. “Perhaps,” she said, “he just wanted to encourage you.”

► 2. Reinforce the brighter picture over and over again.

It’s one of the key things author Warren Bennis discovered when he interviewed 90 leaders. The effective leader does not offer his vision of the future one time and leave it at that. No, she repeats it over and over again.

It’s what the Captain of the Australian yacht team did to wrest the America’s cup away from the United States … a cup the U.S. held for 132 years. As silly as it sounds, the Captain got his team to visualize a brighter, winning future every night for 15 minutes for two years.

He had his players picture themselves being out in front … winning the cup. The more they visualized it, the more real their dream became. In fact, they finished many of their visualizations with their hearts racing and pulses pounding, and they finished the race … out front and winning.

By contrast, bad leaders or bad people use negative words and pictures that destroy the other person’s motivation and effectiveness.

After Margie Ritter returned home from my Journey program, she had the opportunity to show her 18-year old, 5’11”, strong-as-an-ox son the power of negative words. As she says, “He was totally blown away … not only because his body was weakened by the negative messages … but also because he immediately related this to bullying in the schools. Negative words are what a bully uses to weaken his opponent right before he tries to deck them. This led to some very insightful conversations for our family.”

Margie finished her note with this recommendation: “The Journey was a real life-turning experience for me. And I am so much more empowered in my life. I’ve been talking to all my friends and colleagues about the Journey, and I urge everyone to attend. Thanks for all you do!”

► 3. Emphasize the downside of not following your vision of the future.

Perhaps a couple of examples will help you understand how to use this leadership skill.

As my friend and fellow leadership consultant Michael Podolinsky puts it, you might say something like this to your first-shift crew, “If we can beat the second shift in the next quarter, I will give each of you an extra day off for your annual leave. If we miss the target and the second shift still outperforms us, we’ll have to work weekends the following month until we equal their production.”

As Michael says, “It’s a big incentive to win, a bigger incentive not to lose.”

But you may say you’re not a leader in some official capacity at work. No problem. You’re still a leader of some sort in your family and you could still use this leadership skill.

For example, if you’ve got a child who is coasting in school and wearing a highly inappropriate hair style, you could say, “I’ll make a deal with you. If you get your grades up to an ‘A’ level and keep them there until the end of the year, I’ll get you a new iPad and back off about your hair style. If you don’t get your grades up, I get to say how your hair will look for the rest of the year.”

If you lose the bet, you have an “A” student with weird hair. If you win, you have a clean-cut “B” student. You win either way.

Next week I’ll give you three more critical leadership skills that will turn you into a more effective leader.

Dr. Zimmerman’s Tuesday Tip, Issue 950 – Are leaders born or made? The answer will surprise you.