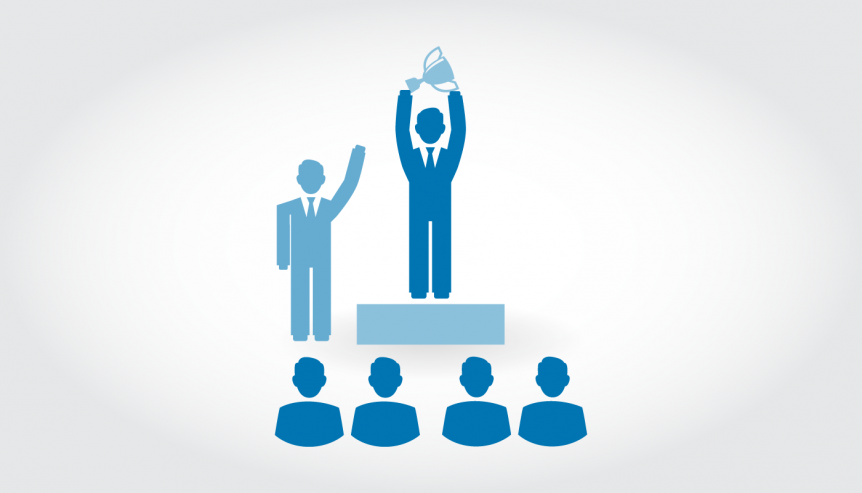 In writing almost 1000 issues of my Tuesday Tip newsletter, this is one of the most difficult articles I’ve ever had to write. I just learned a few hours ago that Brad Thompson, one of my most beloved and respected employees, passed away last night. He was just 35 years of age and had just celebrated his second anniversary with his wife Harley.

If you’ve watched my videos, attended my webinars, or checked out my website, you’ve had some contact with Brad. And if you’ve ever called my office, you may have spoken to Brad, and knew instantly that you were speaking to one of the kindest, most positive persons you had ever met.

In fact, there are few things on earth that are more motivating than recognizing good behavior and rewarding that behavior.

One teacher’s assignment proved that. Helice Bridges, decided to honor each of her seniors in high school by telling them the difference each of them had made.

She called each student to the front of the class, and told each of them how they had made a difference to her and the class. Then she presented each of them with a blue ribbon, imprinted with gold letters, which read, “Who I Am Makes a Difference.”

Afterwards, the teacher decided to do a class project, to see what kind of impact recognition would have on the community. She gave each of the students three more blue ribbons and instructed them to go out and spread this acknowledgment ceremony. Then they were to follow up on the results, see who honored whom, and report back to the class in about a week.

One of the boys in the class went to a junior executive in a nearby company and honored him for helping him with his career planning. He gave him a blue ribbon and put it on his shirt.

Then he gave him two extra ribbons and said, “We’re doing a class project on recognition, and we’d like you to go out, find somebody to honor, and give them a blue ribbon. Give them the extra blue ribbon so they can acknowledge a third person, to keep this acknowledgment ceremony going. Then please report back to me and tell me what happened.”

Later that day, the junior executive went in to see his boss, who was a grouchy fellow. He sat his boss down, and he told him that he deeply admired him for being a creative genius.

The boss seemed very surprised. The junior executive asked him if he would accept the gift of the blue ribbon. And would he give him permission to put it on him?

His surprised boss said, “Well, sure.” The junior executive took the blue ribbon and placed it right on his boss’s jacket, above his heart.

As he gave him the last extra ribbon, he said, “Would you take this extra ribbon and pass it on by honoring somebody else. The young boy who first gave me the ribbons is doing a project in school, and we want to keep this recognition ceremony going and find out how it affects people.”

That night, the boss came home to his 14-year-old son and sat him down. He said, “The most incredible thing happened to me today. I was in my office, and one of the junior executives came in and told me he admired me and gave me a blue ribbon for being a creative genius. Imagine! He thinks I’m a creative genius! Then he put this blue ribbon that says, ‘Who I Am Makes a Difference,’ on my jacket above my heart. He gave me an extra ribbon and asked me to find somebody else to honor.”

The boss/father continued: “As I was driving home tonight, I started thinking about whom I would honor with this ribbon, and I thought about you. I want to honor you. My days are really hectic and when I come home, I don’t pay a lot of attention to you.”

“Sometimes I scream at you for not getting good enough grades in school and for your bedroom being a mess. But somehow tonight, I just wanted to sit here and, well, just let you know that you do make a difference to me. Besides your mother, you are the most important person in my life. You’re a great kid, and I love you!”

The startled boy started to sob and sob, and he couldn’t stop crying. His whole body shook. He looked up at this father and said through his tears, “Dad, earlier tonight I sat in my room and wrote a letter to you and Mom, explaining why I had killed myself, and I asked you to forgive me. I was going to commit suicide tonight after you were asleep. I just didn’t think that you cared at all. The letter is upstairs. I don’t think I need it after all.” His father walked upstairs and found a heartfelt letter full of anguish and pain.

The boss went back to work a changed man. He was no longer a grouch but made sure to let all of his employees know that they made a difference. The junior executive helped several other young people with career planning. And the young boy and his classmates learned a valuable lesson.

Yes, recognition and rewards work. They’re very motivating. That’s why I teach people exactly how to do that when I speak on The Power of Partnership.

2. Do not be sidetracked by managerial and motivational hogwash.

I’ve delivered more than 3000 keynotes and seminars during my career, with a 92% repeat and referral business. That’s one reason I was inducted into the Speaker Hall of Fame.

Unfortunately, in all my years of speaking, I have to tell you that the #1 job complaint has not changed one bit. People still say, “You can do a hundred things right and not hear a darn thing about it. Do one thing wrong and they’re right on your back.”

So why don’t give more positive feedback?

First, some people are uncomfortable with praising. They don’t know how to do it. After all, they were trained to be problem spotters and problem solvers instead of recognition givers. So when they see good behavior, they tend to “leave well enough alone.” They figure the employee should know that “no news is good news.”

Second, some managers have had bad luck using rewards in the past. They inadvertently rewarded behaviors that actually hurt the company.

A pizza delivery company focused its reward system on the on-time performance of its drivers. The unexpected side effect, however, was the encouragement of reckless driving.

An insurance agency rewarded sales agents for the number of calls they made. End result? They ended up with fewer actual sales and a larger telephone bill.

And a freight company based its rewards on the number of packages shipped. They thought their system was working well, citing a big increase in productivity, until they discovered that only 45% of their containers were being shipped full. It caused a huge amount of additional overhead.

Once again, that’s why I teach people exactly how to give recognition that really works when I speak on The Power of Partnership.

Of course, there is a proper time and place for both positive and negative feedback. Employees have to know the good as well as the bad. But Brad would say …

3. Tip the balance of your feedback toward the positive.

Take a lesson from the group of researchers who videotaped two teams of bowlers during a match. They edited out the mistakes made by members of the first team and showed the tape to them. During the review, the researchers focused only on the strengths of the players and everything they had done right.

The second team was also shown a tape. But their video contained only the mistakes that had been made by their members. They were offered suggestions on how to improve their techniques.

After receiving the feedback, both teams showed signs of improvement. Surprisingly, the group that received the positive feedback improved 100 percent more than the other team.

So the next time you’re giving feedback to someone — whether as a parent, manager, or friend — remember that building on the positive aspects of people’s actions or behavior reaps the best results.