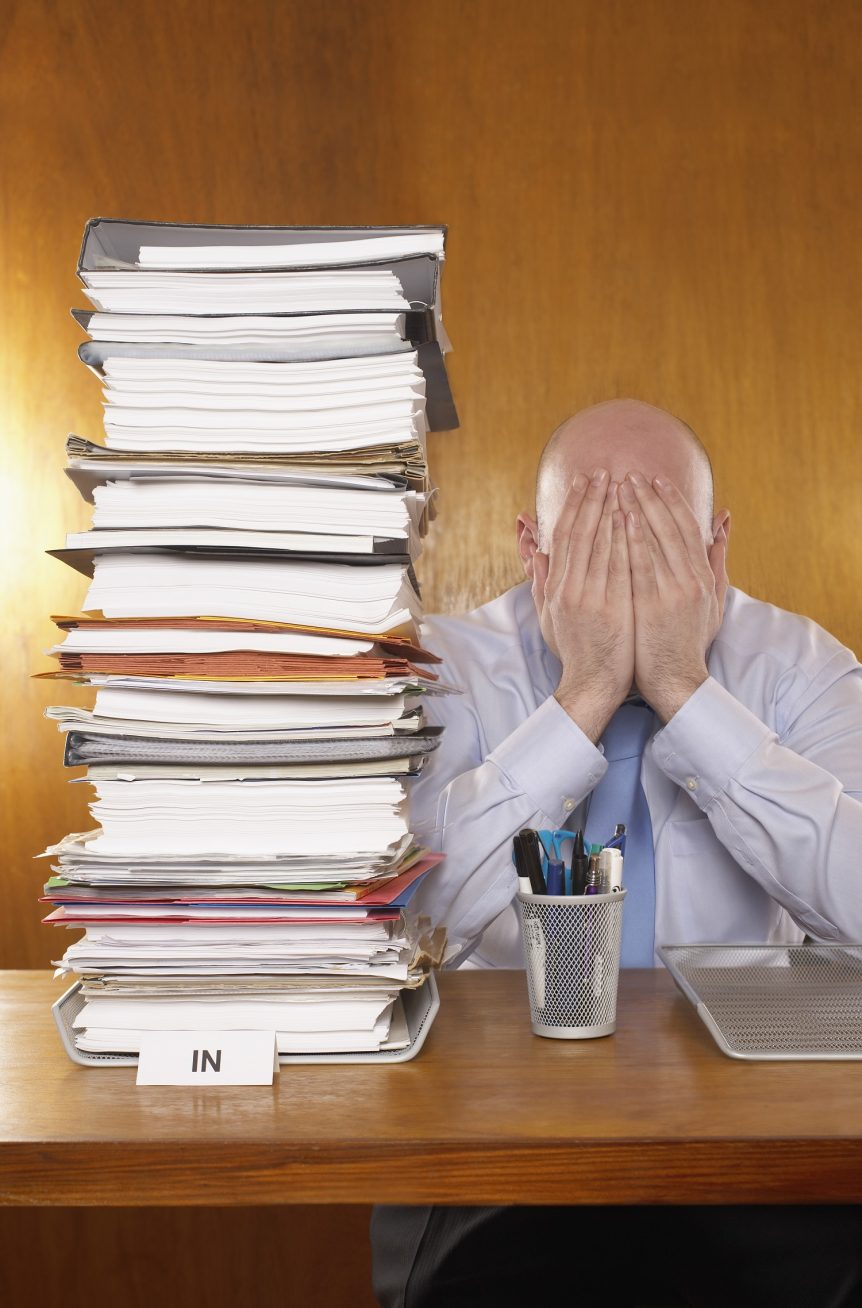 A while ago I asked a manager at a company where I was speaking how many people he had working for him.  He replied, “About half of them.”

And when I asked one of the employees in that same organization how long he’d been working for the company, he answered, “Ever since they threatened to fire me.”

I didn’t know if I should laugh at their clever responses or cry about their sick workplace environment.

But their responses are all too common.

And the price we pay for that is HUGE; financially, emotionally, and relationally.

The first step in turning a sick work environment around is knowing whether or not you have one.

And the first step in turning a somewhat healthy workplace into a more positive and vibrant workplace is knowing whether or not you have any of the 9 Tell-Tale Signs Of An Unhealthy Workplace … that need to be reduced, neutralized, or eliminated.

Co-workers trash-talk their company, their teammates, their leaders, products, and customers. They tell their coworkers in the company … and they tell their friends, relatives, and acquaintances outside the company … how bad things are. And they do so over and over again.

No matter how hard you work or how fast you work, you never even come close to getting everything done. You’ve always got too much work and too little time. So you’re forced to make one of two unhealthy choices: to either let some work go or let some work get done more poorly than you would like.

In many organizations, the number one job complaint is … “You can do a hundred things right and not hear a darn thing about it.”

You see, employees at all levels need to know that other people have noticed their good work and have commented on it. Without verbalized appreciation, feelings of “what’s the point” and “why bother” start to take over.

If you were to look into the hearts and minds of the average employee, you’d probably hear something like this:  “I’ve been known to say, ‘I don’t want any pats on the back — just put it my check.’ Well, don’t believe it. It’s a crock! Regardless of how I may act, I do care a great deal what you and others think of me and what I do. Recognition is important to me. That’s why I wear award pins, belt buckles, and the like; that’s why I display trophies in my home; that’s why I hang certificates on my wall.”

That’s what you call it when your body is at work but your mind isn’t.  Your original gung-ho commitment to the organization has slipped away. So you’re spending more time daydreaming at work … escaping to such activities as personal phone calls, the Internet, the coffee room, the rest room, or a host of other non-job related activities.

Of course, your disengagement was probably caused by several things. Such as too much change at work and too little training to actually handle that change.

Whatever the cause, it’s kind of like the boss who yelled at his tardy, disengaged employee. The boss yelled, “You should have been here at 8:00!” To which the employee replied, “Really? What happened at 8:00?”

If you have any of these nine tell-tale signs of an unhealthy workplace and want to create a more positive, productive, and profitable environment, I’ve got several keynote, half, and full-day programs that will work for you.  Just drop me an email at Alan@DrZimmerman.com and we’ll talk about it.

Somehow or other, the coworkers don’t connect. They may not like each other, so they treat each other with disdain at worst and tolerance at best. Or they may not trust each other because of some misstep in the past that has never been acknowledged, rectified, or forgiven.

In this kind of work environment, the innovators get put down. When they bring up a new idea or suggest a better way of doing something, they get teased, criticized, attacked, or laughed at. So the innovators soon learn that just-enough-to-get-by performance is safer than being an advocate for change and continuous improvement.

This is a sick little game that goes back to childhood. I’m sure you remember it … when some other kid taunted you by saying, “I know something you don’t.” It didn’t feel good. You felt left out and somewhat powerless.

Well the same thing happens today in many work environments. Some people withhold information from others because they know that knowledge is power. And they only share their information when it suits their purposes.

In fact, many employees believe their managers know a lot more about the business than they’re telling. And many managers take the parental, “they don’t need to know” approach when it comes to company information. It’s sick and it’s a set-up for conflict.

Instead of putting “customers first” or “quality first,” some employees live by the “me first” motto. They’re always asking “what’s in it for me?” before they extend themselves.

So they meet their coworkers’ or customers’ needs when they feel like it … rather than when it is needed. They try to look busy when they’re not. And they give out rewards and recognition on the basis of selfish political gain.

And finally, in unhealthy work situations, you’ll notice too many…

In these situations, no matter what you do … you’re wrong. You get punished.

Inside the employee’s head, there’s a dialogue that goes something like this: “Sometimes you suggest I do things like ‘show more initiative instead of waiting to be told everything.’ So I give it a try. I take the bull by the horns. But it turns out bad. What happens? You get on my case for not checking with you first! BOOM, I lose.”

“Then there are times when I get punished for good performance. I bust my tail and do a good job handling rough tasks or problems, while some of my peers are goofing off or doing just enough to get by. So what happens the next time there’s a tough job? I get stuck with it. BOOM, I lose again. And, if I happen to screw up that next tough job? You guessed it: BOOM!”

If you’re working in an unhealthy workplace, you’ve got three choices.  Live, lobby, or leave.  More about that later.