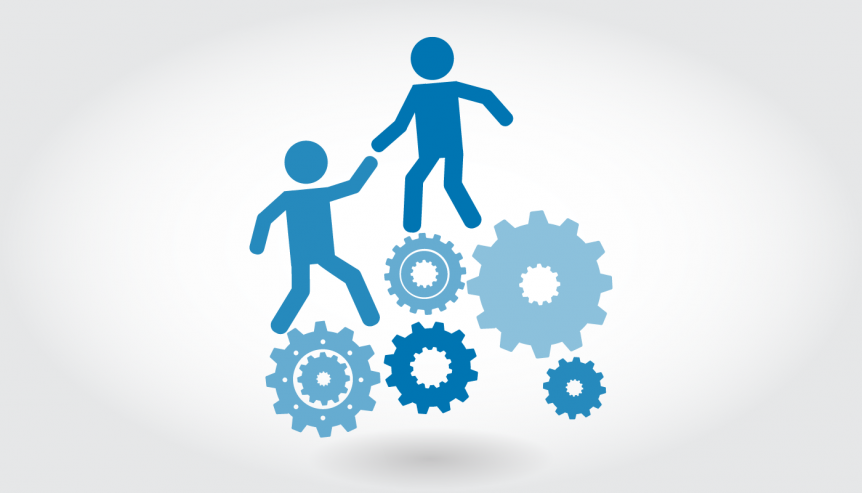 Change can be scary.  Who knows what radical extremists are going to do next?  Who can predict where Wall Street is headed?  And who knows the future of a thousand different issues?

Despite the difficulty of not knowing the exact changes headed our way, if you’re leading a family, a team, or a company, people expect you to lead them through the change.  Indeed, it’s one of the four tasks that every leader has to master. I talk about those four tasks in my new program, 4C Leadership: Communication, Cooperation, Change, and Commitment. Mastering change for yourself, however, will mean better results for the people you’re leading.

Here are a few things you need to do:

In most cases, you can’t predict with absolute certainty all the changes that are going to come your way.  That’s the very nature of change – it’s somewhat unpredictable.

For example, who could have predicted the change in fashion?  These days, it’s fashionable for some kids to wear their clothing tags on the outside, their hats backwards, and their pants down.

Or who could have predicted the change in behaviors? Do you remember when safe sex meant your parents did not find out? Now some parents “equip” their kids for sex.

Likewise, who could have predicted the change in the marketplace? The great movie mogul, Harry Warner, couldn’t. In 1922, he said, “Who the hell wants to hear actors talk?” The founder of IBM, Tom Watson, Senior, couldn’t. In 1943, he said, “I think there is a world market for about five computers.” And Ken Olsen, the President of the Digital Equipment Corporation, couldn’t. In 1973, he said, “There is no reason for anyone to have a computer in his house.“

So don’t beat yourself up for not being able to predict the changes that you and the people around you will have to deal with. After all, there’s a reason you’re called a “leader” instead of a “fortune teller.“

2. Your Most Important Task Is to Keep Hope Alive.

You need to project an optimistic view of the future. Your colleagues need to know that you believe a better day is coming. But you also need to give a realistic assessment of the obstacles that must be overcome in order to reach that better day.

That means you must…

You must tell them as much as you can as often as you can.

In downsizing environments, levels of uncertainty run high among employees. So, as a leader, you’ve got to reduce their confusion…even if that means sharing some bad news. As I tell my audiences,

“The certainty of misery is better than the misery of uncertainty.”

People need, and deserve, lots of information about what’s happening, why it’s happening, and what the next steps will be. And your information sharing has to be immediate. Not doing so allows the rumor mill to churn out any number of ridiculous stories that do nothing but increase stress and decrease motivation. So keep your people informed of each action that is being taken as well as the results of all previous actions.

If you try to relieve employees’ misery by saying things will calm down after the reorganization, you may be heading for trouble. You may be misleading your employees. The next time your organization announces a change, your employees’ trust will take a nosedive. Employees need to be taught how to handle the change, instead of being told it will soon be over.

On the other hand,

5. Continue to Reassure People with Your Presence.

Be visible. In times of change, seeing and hearing the leader is important. Too often the managers or leaders will only meet with other senior people, or they will disappear behind closed doors. Employees need to see and hear their bosses. So be accessible. Be available for questions.

6. Reiterate Your Belief in Your People.

Remind them of their talents. Let them know you believe in them and their abilities.

Just don’t be crass about it. Don’t be like the one situation I heard about. The supervisor told her boss, “Here’s my list of reasons why I can’t run my department on this budget.” Her manager replied, “Well, here’s my list of people who can.“

7. Cut and Simplify the Work.

If you’ve gone through downsizing, you’ve probably cut the workplace but not the workload. Something’s got to give.

So what can you do?

Well, you can’t just pretend things are the same. But you can reorder priorities on a task-by-task basis. You can cut extraneous tasks, forms, and procedures. You can encourage your associates to take shortcuts in non-critical, routine areas in order to make time for more important items. And you can allow your associates to collaborate and figure out how the extra work will be handled. In fact, the sense of teamwork that comes out of collaboration can be a great motivator.

That’s what Ameritech did. People from corporate headquarters went from office to office, from department to department, in one city after another. They would hold up several different reports and asked the field people if they needed these reports. By listening to their field people, they were able to cut out 6,000,000 pages of reports that no one needed and no one read. It made the field people feel empowered and recognized, but it also cut out a number of their less important tasks.

While very few people really like change, we all know deep down that all progress is the result of change. Use these tips to lead your people through the change with less stress and better results.

Final Thought:  The certainty of misery is better than the misery of uncertainty.