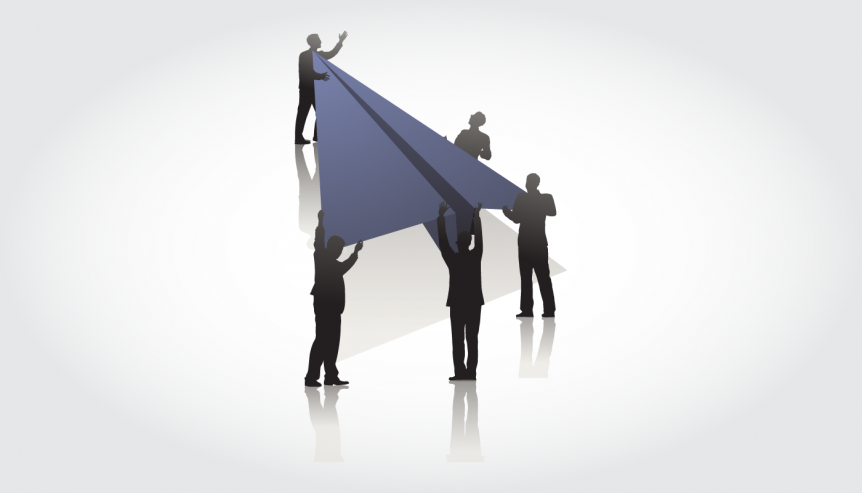 I don’t have a problem with those statements. I agree with John McGuirk when he says, “The ability to form friendships, to make people believe in you and trust you, is one of the few absolutely fundamental qualities of success.”

The problem is most people have received little or no training in HOW exceptional relationship building works.

From my years of research and consulting, I’ve learned that you build those relationships when you implement seven practices.

The most successful people always do. They believe in the power of partnership and critical importance of relationship capital. They follow the advice of pundit Will Rogers; in that they love people and use things. And successful people don’t love things and use people.

What about you? Do you tend to focus more on making money off your customers, for example, or building strong partnerships with your customers?

It’s like the newly married man that asked his wife, “Would you have married me if my father hadn’t left me a fortune?” “Honey,” the woman replied sweetly, “I’d have married you no matter who left you a fortune.”

2. Believe in the Other Person.

Eric Butterworth shared the example of the sociology professor who had his class go into the slums of Baltimore to get the case histories of 200 young boys. Based on the data, they were asked to predict each boy’s future. His class concluded the boys didn’t have a chance of success.

Twenty-five years later another professor came across the earlier study. He had his students follow up on the project to see what happened to those boys. With the exception of 20 boys who moved away or died, the students learned that 176 of the remaining 180 had achieved great success as lawyers, doctors, businessmen, and such.

The professor was astounded. He looked up each of those men and asked what accounted for their success. In each case, they replied with enthusiasm, “There was this teacher who believed in us. She kept saying we were going to make it.”

When it comes to relationship building, your belief in another person may be the very catalyst he or she needs to become one of your best teammates.

Be kind without expecting kindness. Say “good morning” even though some people may never acknowledge you in return. Be a giver because it’s the right thing to do, not necessarily the easy thing to do.

And one of the best things you can give is time.

Yes, exceptional relationship building takes a little time. It takes time to have a real conversation and listen intently.

But many people won’t take the time, and then they wonder why their work relationships are strained. It’s like one executive who told me she had moved fourteen times in her career. In fact she said, “I move so often I don’t bother to say ‘hello’ to my employees anymore.”

Do other people see you as a generous giver or a selfish hoarder? It will make all the difference in your relationships.

Exceptional relationship building means recognizing that everyone has qualities that can be appreciated. An old Arabic saying states that a real partner is one who blows the chaff away and nourishes the seed which remains.

(There’s actually an art to this. It’s one of the things I address in my program, The Power of Partnership.)

Say what you mean and mean what you say. Be yourself. Be authentic. Nothing gets in the way of relationship building quicker than phoniness.

It’s like the sales manager who told his team, “If you’re going to be a phony, be sincere about it. Look deeply into one eye.”

You’ve got to walk your talk. It’s like the time I gave the keynote address at the meeting of a financial organization. I was surprised to hear them praise the quality of their investments, but at the same time I found out that many of the sales reps didn’t even own the investments they were telling others to purchase. In fact I owned more of their products than many of them did. That’s not real.

However, it’s not enough. You have to go beyond factual or opinion conversation if you want stronger, deeper working relationships.

It’s disclosure on the feeling level that bonds people together. As film star Marlene Dietrich said, “It is the friends you can call up at 4 A.M. that matter.”

When you share your feelings, people can identify with you. They think, “Yes, I’ve been there. I know what that feels like. You’re like me.” And people are more inclined to cooperate with and do business with those who feel some of the same things they do.

7. Go Beyond Politeness to Helpfulness.

But if you really want to build stronger partnerships, go beyond politeness to helpfulness. Think about what you can do to really help the other person, and then do it. You’ll be amazed and delighted by the results you get.

Final Thought: “The most important single ingredient in the formula of success is knowing how to get along with people.” President Theodore Roosevelt