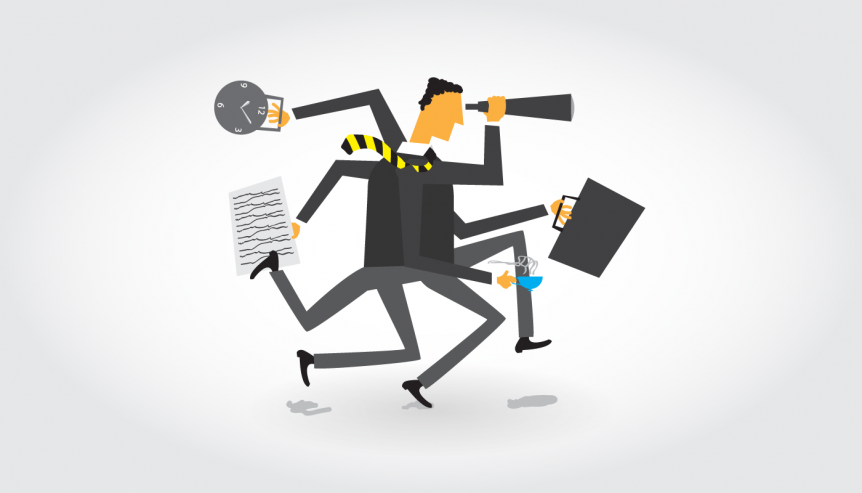 Everywhere I go and speak people talk to me about their schedules. They tell me they’ve never been busier. They’re overwhelmed and out of balance.

If so, a part of your problem may be caused by your inability to say, “No.” When people ask you to do something, even things you don’t want to do or have time to do, you may find yourself saying “Yes” all too often.

Again, if that sounds all too familiar, it’s time for you to change. Without the ability to say “No,” you end up living someone else’s life instead of your own. You’re governed by other people’s priorities and that’s not a very healthy, happy, or satisfying way to live.

I know. I spent too much of my life trying to please everyone but myself. I worked so hard at it that it eventually devastated my body and peace of mind … not to mention my own self-respect.

But I became a lot smarter and a lot more effective years ago when I was chatting with Lou Holtz, the famous Notre Dame football coach, after we finished speaking to the same audience. Lou told me, “Alan, if you desperately need people to love you, you will never have their respect.”

Whoa! That hit home. I learned right then and there that I was trying to please everyone … to get everybody to like me … and love me … by almost always saying “Yes,” which often led to impossibly difficult situations. I learned the importance and skill of saying “No.”

If you need to get better at that, here are six strategies to say “no” more effectively and put a stop to inappropriate people pleasing and start living a saner, more respectful life.

You may have a hard time saying “No” because you hold onto a self-defeating belief. Something like, “If I refuse, I’m rejecting my friend.”

Still other people have the self-defeating belief that, “If I really care about the other person, I should agree to the request.” It’s true that caring friends do things for each other — but not necessarily everything.

Special note: If others get mad at you because you say “no” occasionally, they are not people you should be surrounding yourself with anyway.

For example, you may want your boss to ask you about taking on a more responsible position in the company, but at this particular time, you just can’t do what he is asking. So tell him you would like him to ask again. Give a short explanation as to why you’re refusing this time and make it clear when you would say “Yes.”

Don’t automatically assume that it would easier … and more comfortable … to go along with the other person than to say “no.”

I want you to STOP. Stop right now and think about all the times you’ve said “yes,” when you really wanted to say “no.” How did you really feel inside? You may need to get a more realistic perspective.

Compare that to how much time and energy you’ll spend granting the other person’s request. And consider how long you’ll resent the fact you said “Yes.” Sometimes you exchange a five-minute period of discomfort for a two-week commitment and a year of resentment. It’s not a good trade for you or anyone else.

4. Slow Down Your Response.

Take your time. If someone asks for a favor, take time to think about it and check your schedule. Don’t let your mouth say “yes” before your brain has time to give the request thoughtful consideration.

It’s one of the techniques I taught the Boeing people when I was delivering my program for them on The Power of Partnership: 7 Keys to Better Relationships and Greater Teamwork. And they were inspired and empowered by what they learned.

After the program, Mary Cisiewski, the HR Director, said, “Dr. Zimmerman offered life-changing techniques. I feel a new zest for life!” And Mary Alice Gallagher, a Product Support Engineer, wrote, “I am a site focal for Employee Involvement. Taking what I learned from you, I was able to educate our facilitators about your very common sense ideas and how they can use them to work with groups.”

For example, when Ellen asked if she could borrow Jorge’s notes for an upcoming professional examination, Jorge couldn’t say no, even though the sharing of notes raised an ethical concern. Jorge tried to give an indirect “no,” without success.

Jorge: “Well, my handwriting is not very good. I don’t think you’d be able to read my notes.”

Ellen: “My handwriting is not very good either. I don’t mind.”

Jorge: “And my notes are so disorganized. I doubt they’ll be of any help.”

Ellen: “Well, any notes would be better than the ones I have.”

Jorge: “But I don’t have them with me. They’re back at the office.”

Ellen: “That’s no problem. I’ll just follow along as you drive back to the office.”

When you don’t say “No,” a number of negative things happen. You’ll probably run out of excuses and end up saying “Yes.” And then, when you do say “Yes,” you’ll resent yourself for giving in and you’ll resent the other person for “talking you into it.” And the other person won’t even appreciate your “Yes” because she had to work too hard to get it. It’s a no-win situation.

You’ve got to be direct. If you’re going to say “No,” skip the excuses.

If you can’t make a commitment or have to say “no,” a simple “I am sorry” is fine.

When it comes to a stranger’s request, that’s all you really need to say. Just say “No” and only “No.”

When it comes to people at work or with whom you have a relationship, you may want to add a short explanation that will help them accept your “No.” And yes, short. The longer your explanation, the easier it will be for the other person to manipulate you into doing what you don’t want to do.

Basically it boils down to this. You’re either living your life or someone else’s. The only way you’ll live your life is to say “No” when you really need to say “No.”

Final Thought: Never exchange five minutes of discomfort for two weeks of work and a year of resentment.