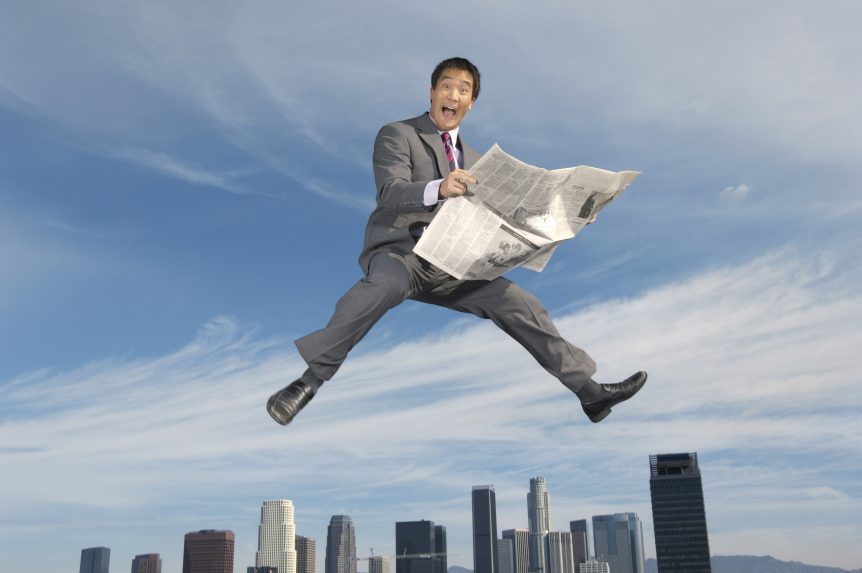 He came from nowhere and ended up … according to many … being the “man of the century.

He was born in a small Polish town, living a hard life in Nazi occupied Poland. His father was a retired army officer, but his mother died early, dying of kidney and heart failure, while his older brother died from scarlet fever. And yet he became Pope John Paul II, the 264th Pope in the history of the world … and first non-Italian Pope in 456 years.

He was a most unlikely candidate for the head of the Roman Catholic Church. So you have to wonder, what leadership lessons can we learn from this global leader who moved the world?

By 1958, Karol Josef Wojtyla (later known as Pope John Paul II) was a professor of ethics and had two doctorate degrees. But he also studied philosophy and literature … and was well recognized as a playwright and poet.

Interestingly enough, once he earned those degrees, he didn’t stop reading. As a chaplain for university students in Krakow, Poland, he used to go on camping and kayaking trips with the students so he could counsel and mentor them. But even then, he would take an hour or more every day to get by himself, to read and reflect. Sharif Khan, the author of Psychology of the Hero Soul, said, “These moments of solitude gave him a strong internal compass and the knowledge of self that is required of all great leaders.”

So how do you stack up against this reading-and-reflection criterion?

A year from now, you’ll be the same as today except for four things … the books you read, the classes you take, the speeches you hear, and the people you meet.

At the very least, I encourage you to read an hour a day and take a class every quarter. People are hungering and thirsting for a leader with that kind of knowledge.

To help you become more of the leader you were meant to be, I’m offering an amazing Fall Special on any of my onsite keynotes, half, and full-day training sessions.  Check it out.

When Wojtyla was elected Pope in 1978, he refused the formal papal coronation in favor of a simple inauguration ceremony. And instead of speaking like the other popes prior to him, instead of using the royal “WE” term … in other words referring to himself and God as one … he spoke from his own simple “I” perspective. He wanted to be known as a “Servant of the Servants of God” rather than some Supreme Papal title.

If you are a leader or aspire to be one, you can learn from Wojtyla. Don’t isolate yourself in the corner office or the ivory tower. Don’t become more and more removed from your coworkers and customers with each new promotion, title, diploma, award, certificate or news clipping.

Open your doors; let down your guard, and seek dialogue. As old-fashioned as it sounds, leadership by walking around … and talking to people and listening to their needs … earns respect and trust.

When Wojtyla returned to Poland in 1979 as the Pope, he risked his life against the totalitarian Communist regime. Speaking from the heart, he urged his people to stop crawling like animals. He encouraged them to walk tall and “be not afraid.” The crowds went wild and a flame of rebellion and counter-revolution was lit in the collective consciousness of the Polish people.

Despite Wojtyla’s enormous intellect, he knew intellect was not enough. He knew if he wanted to win over people, he had to let down his guard, push aside his formal clerical role, and speak from the heart.

Put November 14th on your calendar for my live, first-time offering of my webinar on “10 Sure-Fire Ways to Become a More Positive Person”.

=> 4. Leaders are willing to forgive.

In 1983, Pope John Paul II met with Ali Agca in prison, the very man who tried to assassinate him just two years earlier. Despite several months of painful recovery, the Pope visited Agca in prison and offered forgiveness.

You see … highly effective leaders know that everyone makes mistakes. And one mark of a true leader is his or her willingness to forgive.

As Khan so clearly says, “While there’s no excuse to keep someone who consistently fails to learn from their mistakes, the boss that fires an employee for making a big mistake is often mistaken for doing so. After all, there’s always the risk that the next person hired could potentially make the same disastrous mistake.”

By contrast, when you as a leader offer forgiveness to the employee who fouls up, that employee is unlikely to repeat the same mistake. And chances are, that employee will remain fiercely loyal to you.

=>5. Leaders stand up for what they believe.

Pope John Paul II met with PLO leader Arafat, Soviet premier Gorbachev, and Cuban premier Castro. He met with the famous and the infamous, moving in circles and addressing issues that made him unpopular with some people.

But he was never one to back down. He stood up for what he believed. He had the courage of his convictions. And yet in some strange way, his inner toughness and steely resolve helped him break down walls and foster reconciliation.

Leadership is not about winning a popularity contest. It’s about being strong, firm, resolute, and taking a stand.

When John Paul II was asked if he feared retaliation from government officials, he replied, “I’m not afraid of them. They are afraid of me.”

Indeed, he relayed a message that all leaders need to echo, perhaps more today than ever before, and that is “Be not afraid!”