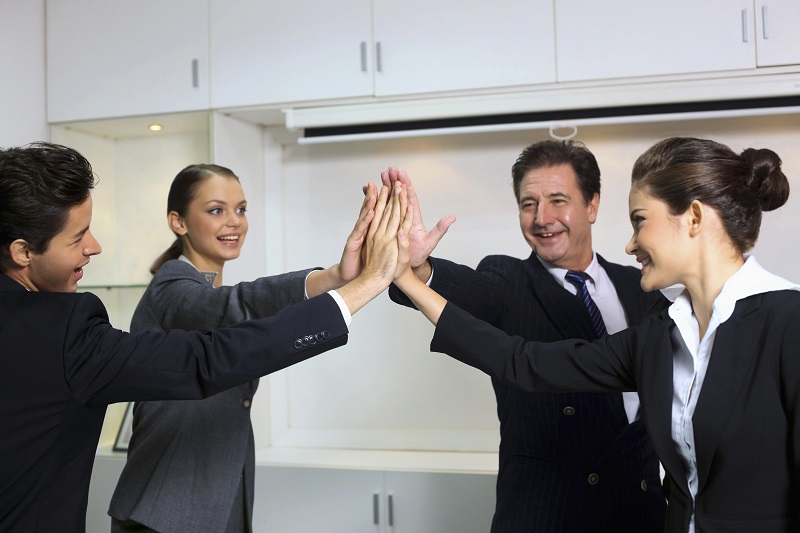 A short time ago, Barb Gurney got her shoes shined on the F concourse of the Minneapolis airport. She was so blown away by the experience that she said she had to tell me about it.

Barb said, “I got my shoes shined before I boarded, but I also got an education. The shoe-shine man told me, ‘It’s not what you do; it’s how you do it.’ And he added, ‘Do your best; let God do the rest.’ This guy was full of sunshine, so much so that employees were stopping by to get their ‘Good morning’ from him before they started their day.”

Barb was witnessing the power of a positive attitude … what it can do for a person as well as those who encounter it.

But lots of people still wonder if something as softas attitude can really affect something as hard as success, business, relationships, and health. The answer is a resounding YES. That’s why I weave some of that into every presentation I deliver.

That’s why author and researcher Dr. Jon Gordon concludes, “The research is clear. It really does pay to be positive.”

That being the case, let me give you five research-proven benefits of having a positive attitude.

When you’re positive, you give the significant people in your life more praise and respect and less blame and complaint. And that’s critical.

In fact, Dr. John Gottman has spent 30 years researching what makes a marriage work and what makes it fail. He discovered that positive attitudes lead to positive interactions and when your interactions approach five positive comments for every one negative that is uttered, you will have a successful marriage. As your ratio approaches one positive comment for every one negative remark, however, your chances of divorce are fairly certain.

PS: As I noted above, I weave some of this life-changing attitude work into my Journey-to-the-Extraordinary program. Carla McCauby, a program analyst at PEO, said, “I came to the Journey with no expectations and a negative attitude. I left the course with a new and positive outlook — and all the tools I needed for making a great life. And it is working wonders!!!” Click Here to Learn More >>

The Oxford, Ohio study indicated that way back in 1975. The researchers questioned 660 people over the age of 50 about their attitudes on aging. They followed the group for several decades and came up with this astounding discovery. Those people who viewed aging as a positive experience lived 7.5 years longer than those with a negative view.

And there’s the famous Nun Studies. They’re known for living into their 80’s, 90’s, and 100’s. As Time magazine reported, nuns regularly express positive emotions and as a result, live … on the average … an extra 10 years or more.

I’ve seen it firsthand. Even though I’m not a Catholic, one of my best friends was Sister Margaret. She attended one of my programs 28 years ago and forever afterwards she wrote me notes of encouragement, saying she “puts in a good word with the Man upstairs every day on my behalf.” When she moved into her 90’s and moved into a convent for retired nuns, I continued to visit her and saw it everywhere around me … that positive attitudes lead to longevity.

There are all kinds of studies that indicate positive leaders and positive team members receive more pay raises, get more promotions, and experience greater success than those with a more negative attitude.

As Seligman concluded, your attitudes, more than your aptitudes, determine your altitudes. And as I tell people, “You can’t afford the luxury of a negative attitude. It costs too much.”

Dr. Daniel Goleman, the pioneering researcher in the field of emotional intelligence, says your natural intelligence and formal education may help you get a job, but it’s your attitude, more than anything else, that will help you thrive once you’re there.

Doug Stampfli, an Oregon high school teacher, told me, “I purchased and listened to your audio CD’s before I attended your Journey-To-The-Extraordinary program. So I had VERY HIGH expectations when I came.”

Doug continued, “The Journey blew me away. I couldn’t be more satisfied with what I learned and how it helped me to become a more effective teacher and coach.” Click Here to Learn More>>

Of course, some of you may be wondering whether or not your attitude is helping or hurting you on the job. Let’s settle that right now. Take this quiz. Answer “yes” or “no” to the following questions?

► Do you use sarcasm in your communications with team members or other project stakeholders?

► Do you frequently say “yes” to action items in meetings or agree to take on work … and then regret it later?

► Do you feel the need to crack a joke or change the subject during tough conversations?

► Do you find it easier to set the record straight or vent your frustration in an e-mail rather than in person?

► Are your relationships with team members superficial and limited to the task at hand?

► Do you get upset or take it personally when your boss or a team mate is angry?

► Do you ever find yourself dwelling on a conflict with team members or fantasizing about ways to get even?

► Do you wish you were more charismatic or had more presence at work?

For every “no” answer you give, the more positive your attitude tends to be and the more professional success you’ll tend to achieve.

We know that positive people are more resilient when they’re facing stress, challenge, or adversity. In fact, positive attitudes actually cancel out the negative effects of stress.

Dr. James Strain, at Mt. Sinai Hospital in New York City, got right to the crux of the matter. He compared pessimistic and optimistic men who had heart attacks and what happened afterwards. He found that 21 of 25 pessimists died within eight years of a heart attack. Only 6 of 25 optimistic men died in that time.

Dr. John Gordon finished his research on all the benefits of a positive attitude by saying, “Being positive is not just a nice way to live. It’s the way to live.”

Next week I’ll tell you HOW to get and keep a positive attitude.