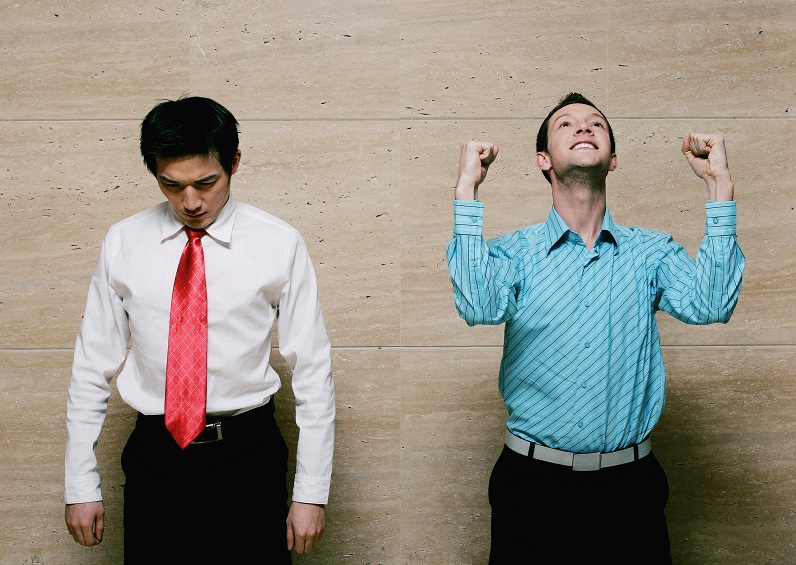 There are two types of people in the world.

Dr. William Glasser, the author of Reality Therapy, says the first type is happy and healthy; they truly enjoy life. The second type is unhappy and unhealthy; they’re disgruntled with life.

So what determines whether or not you’ll be in the first type or the second? You’re going to be surprised.

Happy and healthy people evaluate themselves. They focus on what they can do to make things better. They take responsibility.

By contrast, unhappy and unhealthy people evaluate everything and everyone except themselves. They blame other people and circumstances for their difficulties. They focus on what others did to mess up their lives.

Obviously, you want to be solidly placed in the first group. Amongst the happy and healthy. Which is exactly where you will find the top 10% in every profession.

If you’re already there, I congratulate you. If you’re not there but want to be, here’s how you do it. Apply these five secrets to your personal and professional lives.

► 1. Love yourself enough to take care of yourself.

It sounds strange, but when you love yourself, you don’t hurt yourself. You don’t do those things that will get in the way of your success … like failing to clarify your purpose, forgetting to write down your goals, or hanging around the wrong people. And you don’t do those things that will destroy your health, your finances, your family, or anything else that is important to you.

Take your health, for example. One person said, “Seven days without pizza makes one weak.” Someone else said, “Life not only begins at forty, it begins to show.” Or as my Aunt Ella used to say, “I’m in shape. Round is a shape.”

I’m all for fun and laughter, but if you want to be in the top 10%, quit joking about the way you kill off your own success and get serious about loving yourself.

► 2. Decide you’re going to be successful.

Your happiness and success have a lot more to do with your mindset than your luck. As Abraham Lincoln said, “Always bear in mind that your own resolution to success is more important than any other one thing.”

In fact, that’s a big part of my two-day Journey-to-the-Extraordinary experience. I teach people how to think and how to use affirmations so they achieve their goals.

That’s exactly what Bob Wernimont from Syngenta experienced. As he writes, “For many years I’ve heard that you need to write down your goals and say affirmations, but I didn’t know how to do it. So I never did it … until I came to the Journey. Using the affirmations you taught us, my confidence, listening, conversing, motivation, energy, enthusiasm have all improved dramatically. The affirmations reminded me of my goals and pushed me toward the accomplishment of those goals. It really is quite awesome!”

If you register for the Journey in December, you save $700 on the tuition.

► 3. Accept the fact there will be struggles.

You see, happy and healthy people know a little secret … that their lives will have plenty of struggles. But that’s no problem. They simply accept the fact they’ll have to work hard … because hard work will pay off … later.

At age 13, Steve ran away from home to seek refuge with an aunt in California, riding his bicycle most of the way across the United States until it broke down. He continued his trek on freight trains, eating ant-covered leftovers that wandering hoboes had left behind.

As he got older, Steve served a short term in the Army and then began a radio career in the 1940’s. Later he went on to TV, became an accomplished pianist and wrote over 4000 songs and several books. But perhaps Steve Allen is best remembered for creating the comedic talk show in 1953 called “The Tonight Show”.

By contrast, unhappy and unhealthy people refuse to accept the reality of struggle. They think life should be easy, that success should simply drop in their laps, and if it doesn’t, they whine, cry, gripe, complain, or fall apart.

In reality, the unhappy and unhealthy don’t grasp reality. They’re extremely envious of successful people like Steve Allen … because all they see is the end result … his amazing success. They don’t see the struggles.

► 4. Make yourself do what needs to be done, even if you don’t feel like it.

The top 10% have feelings, just like everybody else. But they’re not ruled by their feelings. If something good and right needs to be done to get ahead, they do it, even if they don’t feel like it. They live by the motto that “My feelings get a vote in what I should do, but they do not get a veto.”

By contrast, losers are controlled by their feelings. They whine “it’s too hard” or “I don’t feel like it.” And as long as they let their feelings determine their destiny, they’re not going anywhere near the success they could have.

The top 10% also know another secret … that they will never possess what they are unwilling to pursue.

Oh sure, they will have setbacks and failures along the way. Everybody does.

But here’s the difference. The top 10% take responsibility for their failures and setbacks. They don’t make excuses. They learn from them and work on doing better next time.

Losers don’t react that way. When they experience a failure or setback, they dream up an excuse rather than an action plan to do something about it.