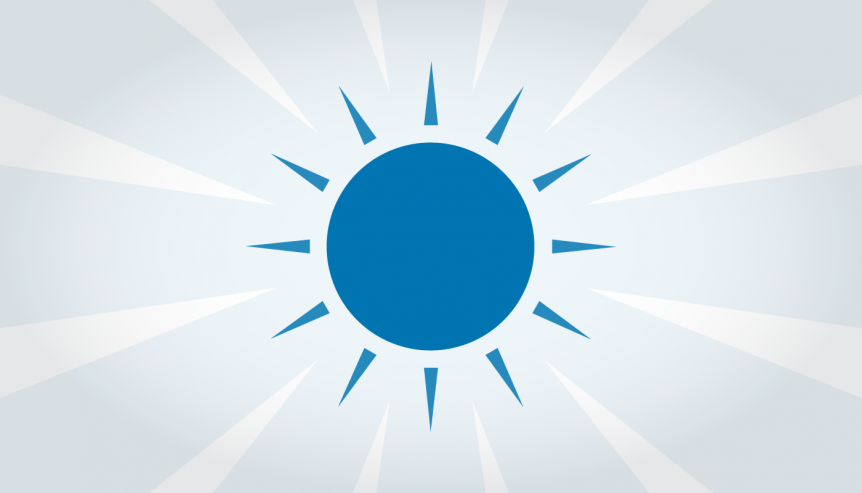 Normally when I’m flying, I don’t talk to anyone.  I just get in my little bubble, me and my computer, and work, work, work, so I don’t have to work when I get home.  I can focus on my family instead.  You know, the work-life balance thing.

But some time ago, there was a man on the plane sitting next to me who looked rather down.  So I greeted him with a cheerful, “How are you?”

I thought that was the end of the conversation and it was for a few minutes. Then he asked what I did for a living. I explained I was an author and motivational speaker.  Then, right out of nowhere he said, “Tell me something. Why does everything go wrong for me?”

I certainly didn’t know. I had never seen the man before. So I replied, “Got me. Perhaps if you’ll talk for a few minutes, we can figure it out.”

For the next thirty minutes he went on and on about all his difficulties. And he repeated the same negative thoughts over and over. I was definitely getting tired listening to him.

“That’s probably true,” I said. So we spent the next few minutes talking about how he could get rid of his negative attitude. He seemed extremely willing to give my advice a try.

I assume you’re the same way. You want to give my advice a try. That’s why you read my Tuesday Tips.  And that’s why hundreds of companies have hired me to deliver my program on UP Your Attitude: 6 Secrets That Turn Potential In To Performance.

So here’s a little advice on what you can do to help you with staying positive and to dramatically improve your attitude.

1.  Recognize the critical importance of attitude to staying positive.

Few things in life are more valuable than your attitude. Your emotional health, your relational stability, your professional achievements, in fact, just about everything is rooted in your attitude.

Motivational researchers knew that years ago. Dale Carnegie said, “Happiness doesn’t depend upon who you are or what you have; it depends on what you think.”

And James Allen wrote, “Man’s rise or fall, success or failure, happiness or unhappiness depends on his attitude.” The latest psychological research confirms the truth of these observations.

I like to play a game with some of my audience members. I will ask someone, “How long have you been alive?”

2.  Remember you are responsible for your attitude.

No one “gave” you your attitude, and no one can “take” it away. Somehow or other, you chose to rise and whine rather than rise and shine. And you can choose a new, more positive attitude. Staying positive is your responsibility.

3.  Identify your most common, most recurrent negative thoughts.

Just listen to yourself for a day or two. According to psychologist Dr. Terry Paulson, most people have an internal dialogue that is 80% negative. In fact, if we said some of the same negative things to our employees that we say to ourselves, they could file a grievance and win.

So go ahead and observe the negative thoughts that come to mind. You may find yourself telling yourself things like, “I’m too old to do that anymore…I’m such a jerk…I’ll never get ahead…I just can’t lose any weight…or…I’m no good at selling.” You’ll probably end up with a list of five to ten phrases that you repeat over and over again.

Every time one of those thoughts comes to mind, think “Stop!” Just think, “Stop you negative thought!  Stop!” You may have to do this ten or twenty times before the thought goes away.

If thinking “Stop” doesn’t work at first, try saying “Stop” out loud. That’s right, shout it out. Say it firmly, authoritatively. Notice how well the technique works for you – staying positive will become easier and easier.

Try these three “stopping” exercises. You’ll probably find that one of them works better for you than another for staying positive. That’s fine. Keep on using it. You will soon master the skill and eliminate the negative thought.

It’s a vicious cycle. Staying positive is impossible if you’re thinking negative.  If you think negatively, you’ll speak negatively. And if you speak the negative, you’ll also think the negative.

By speaking with positive conviction, you are, in a sense, conditioning your mind to be in the habit of staying positive. You are taking control of your thoughts rather than have them control you. You are affirming that great line in William Ernest Henley’s poem, “Invictus.” He wrote, “I am the master of my fate; I am the captain of my soul.”

Tomorrow morning brings another day. I challenge you to rise and shine. Once and for all throw out the “rise and whine.” You’ll be glad you did and so will everyone else in your world.

Action: If attitudes are contagious, are yours worth catching? Pick one of your common negative thoughts that is particularly troubling. Then faithfully practice the “stopping” techniques every time the thought comes to mind. In less time than you think, you will have eliminated that negative thought.

Every morning you get to choose — to rise and shine or rise and whine.