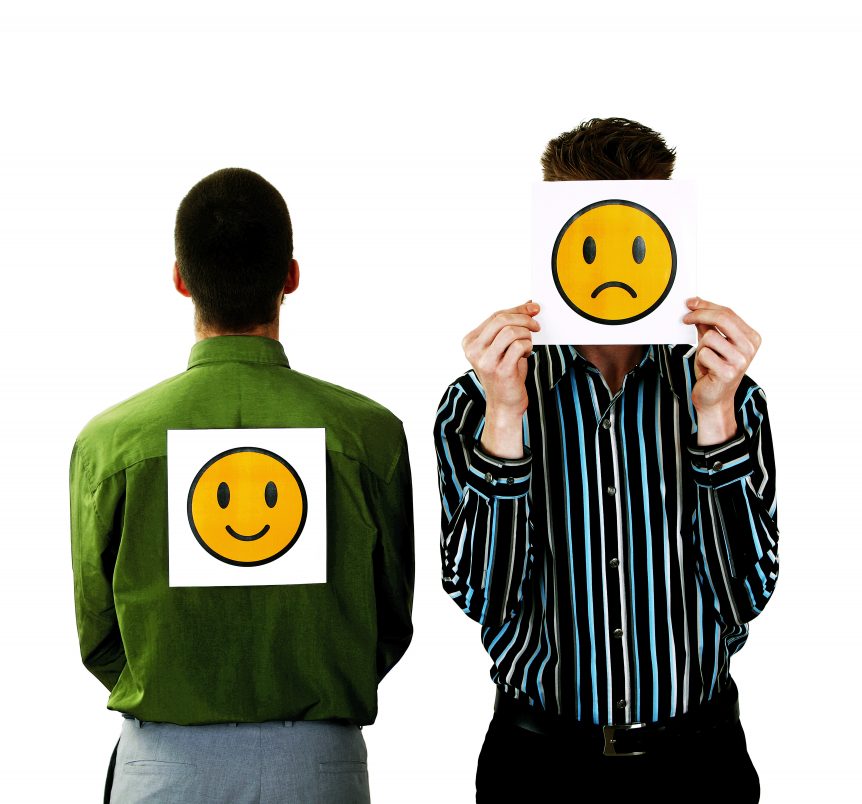 Well, let me warn you. Negative people may be killing you physically.

According to cardiologist Dr. Cynthia Thaik, the negativity of others can lead to a buildup of your own anger, which in turn puts you at a greater risk of heart disease, high blood pressure, stress, anxiety, headaches, and poor circulation. And if you end up having even one five-minute episode of anger, it is so stressful that it can impair your immune system for more than six hours.

So if you’ve ever said something like “those people are getting to me,” you are literally and biologically correct.

So if you’ve ever wondered why some people behave in such stupid, irritating ways, now you know why. Their brains are shrinking. They are becoming more idiotic.

►1. Limit your exposure to negative people.

There’s an old proverb that says, “Misery loves company.” Maybe so. But more accurately, “Misery breeds misery.” Perhaps you’ve noticed some folks at work talking on and on about how bad the changes are in your company. Or how rotten Trump, or the Republicans, or the Democrats are.

If you’re not careful, you’ll get sucked into the discussion. You’ll add your own comments about how rotten everything is. And as you do, you’ll kill off your own positive energy and you’ll end up feeling worse than you did before. For your own good, limit your exposure to negative people. Don’t join them for lunch in the company cafeteria and shorten your telephone conversations with those people who just want to complain and commiserate.

► 2. Limit your exposure to negative input.

Obviously, you want to be informed about what is happening in the world, in the country, in your company, and in your family. But once you know the news, shut it off. Because the news is almost always negative.

And that’s dangerous. As Dr. Graham Davey at the University of Sussex has shown, negative news broadcasts will actually make you sadder and more anxious in every part of your life. So limit your exposure to negative input and feed your mind good, healthy, nourishing input.

That’s what counselor Carla Erickson learned to do. She says, “I’ve been listening to your MIND OVER MATTER audio recordings every day for a long, long time and they have been a wonderful resource for me during the stressful times in my life. I have also given them to my family members, my friends, and coworkers to help them with the difficult situations they’ve had in their lives. Everyone talks about how well your subliminal recordings work.”

To get your copy of the MIND OVER MATTER album, go to https://www.drzimmerman.com/product/improve-your-self-esteem-and-attitude.

And then, to protect yourself from the negativity around you …

Laugh, chuckle, and laugh some more.

The medical evidence is overwhelming. Laughter fills your body with mood-lifting, pain-killing endorphins. And all the spiritual literature says that humor is good for your soul.

So look for at least three funny things every day.

Look for the FUNNY WAY PEOPLE SEE THINGS. For example, one man said he was driving with his three young children when a woman in the convertible ahead of them stood up and waved. She was stark naked! As he was reeling from the shock, he heard his five-year-old shout from the back seat, “Dad, that lady isn’t wearing her seat belt!”

Or look for the FUNNY WAY PEOPLE SAY THINGS. One woman talked about the time she was trying hard to get the ketchup out of the jar. During her struggle, the phone rang so she asked her four-year-old daughter to answer the phone. She was horrified to hear her daughter say, “Mommy can’t come to the phone right now. She’s hitting the bottle.”

Or look for the FUNNY QUESTIONS PEOPLE ASK. It’s like the little boy who got lost at the YMCA and wandered into the women’s locker room. When he was spotted, the room burst into shrieks … with ladies grabbing towels and running for cover. The little boy watched in amazement and then asked, “What’s the matter? Haven’t you ever seen a little boy before?”

The humor is out there, all around you, every day. Look for it and laugh.

Find jokes, funny stories, or one-liners and store them in a manila folder or on your computer. And when you’re the slightest bit down, spend a few minutes reviewing some of the funnies in your file.

For example, I like to collect one-liners. I’ve actually gone into those touristy junk shops with all those racks of crazy post cards … with a notebook in hand … and written down the funny one-liners. A few I picked up recently…

And I’ve collected strange questions that make me stop, think, and chuckle for a second. A few I wrote down included…

There’s no getting around the point that these are challenging times. But you don’t have to become challenged and defeated. Take control of your spirit, your mood, your attitude, and your response by doing the four things I’ve outlined.

Dr. Zimmerman’s Tuesday Tip, Issue 1003 – 4 Ways to Stop the Devastating Effects of Negativity at Work or at Home