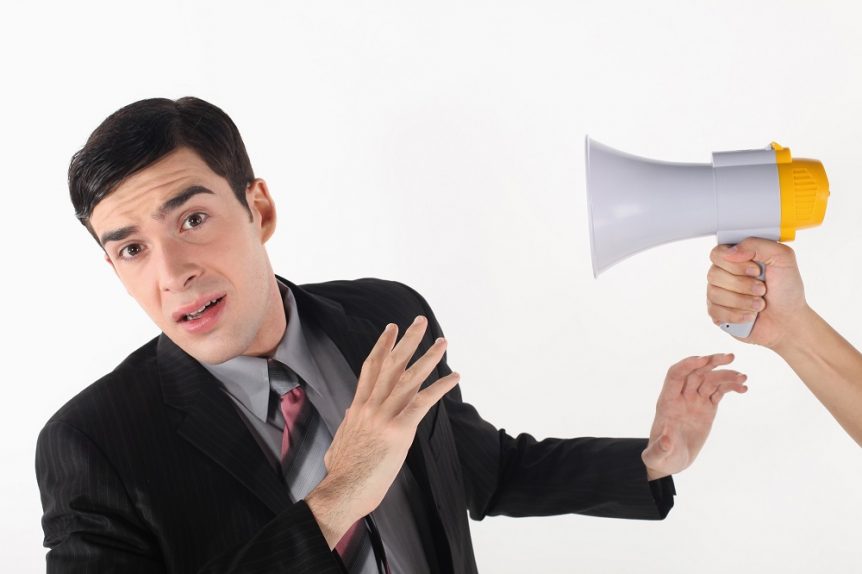 All reports are in. Life is officially unfair.

The good news is you do not have to remain a victim of an unfair situation or someone else’s unfairness.

You CAN rise above it. I know. I’ve done it and so CAN you.

When I lost many of my family members and much of my “security” in life due to the unfairness of divorce, alcoholism, suicide, gambling, unemployment, and imprisonment that ran through my family, I learned how to take care of myself, no matter what.

I’ve learned there are four strategies you can use whenever you’re faced with unfairness at work or at home.

►1. Refuse to dwell on the unfairness.

Marty Nemko, the author of Cool Careers for Dummies, talks about that. Growing up, he knew his father had survived a Nazi concentration camp during World War II, but he rarely heard his father talk about it. So one day Nemko asked his father why he never complained about his suffering and losses.

His father simply replied, “The Nazis took five years from my life. I won’t give them one minute more. Martin, never look back; always look forward.”

He’s right. If you’ve been the victim of unfairness in the past or if you’re in the midst of unfairness right now, don’t waste too much time thinking and re-thinking about how unfair things are.

As sociologist M. Kathleen Casey put it, “Acceptance is not submission; it is acknowledgement of the facts of a situation, then deciding what you’re going to do about it.”

Every job, every organization, and every relationship has some elements of unfairness. For example, Denice Brunkow decided to do something about some of the tough situations in her life; she decided to attend my Journey-to-the-Extraordinary experience. And it gave her the tools to conquer each and every situation that crossed her path.

Denice says, “When I returned to work, I told my boss and other coworkers that the Journey was the best seminar I have ever attended and I mean that from the bottom of my heart. But I’ll have to admit, when I signed up for your seminar, I took your money-back guarantee seriously. I had very high expectations and if I was not satisfied, I was going to request a refund. However, my expectations were met and then some. This truly was the best thing I did for myself.” 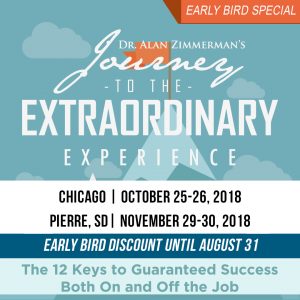 If you register today July 31st 2018 you get the Super Early-Bird Special that will save you hundreds of dollars.

So how can you practice proactive acceptance of your tough unfair situation? Take a lesson from Noah and his Ark.

(Be on the lookout for opportunities to make things better.)

(You’re not the only one with your problem. Lots of other people are going through the same things … or worse … than you are.)

(It wasn’t raining when Noah built his Ark. Don’t wait for a crisis to hit your job or your relationship before you do something about it.

(You never know when you will need every bit of strength and energy you can muster. After all, Noah was 600 years old when Got asked him to do something really big.)

(More often than not, critics are big on demotivating talk and short on real-help action.)

(Look to your faith, morals, ethics, dreams, goals, and skills to build a better future, not some quick-and-easy, sleazy scheme.)

(Yes, relationships are tough, but it’s even tougher doing everything by yourself.)

(The ark had snails as well as cheetahs on board and both were necessary. Doing something right may be more important than doing something fast.)

(It’s okay to take a little time to chill out.)

Practice acceptance. That’s quite different than “woe-is-me” submission. Acceptance actually gets you ready to do something about your situation.

If you can’t prevent or stop the unfairness in your life, work, and relationships, you CAN, at the very least, control your reaction to those things.

As Bushrod H. Campbell points out, “If I’ve learned anything in my 70 years, it’s that nothing’s as good or as bad as it appears.” It’s all in the way you see it and react to it.

When a major forest fire raged through the Black Hills of South Dakota, one family took refuge in a fast food restaurant. The mother began to tell anyone who would listen how a forest ranger roused her family from their campsite in the middle of the night and ordered them, “Get in your car and leave immediately.” She said, “We had planned and saved for this camping trip for years. It is just terrible. Our vacation is ruined!”

A short time later, another family came into the restaurant. They were all smiling, laughing, and in good spirits. The mother began recounting, “We were amazed at the way the ranger took control of a dangerous situation. We scrambled to get dressed and in our hurry, I was barefoot, my daughter was wearing my husband’s boots, and the boys were in their socks! What a wonderful experience it was!”

So you see, both families were in the SAME situation, but their reactions to it were very DIFFERENT. It only goes to show that you DO have control over your reaction and you need to exert that control when life is unfair.

Finally, to manage the unfair times,

►4. Give thanks for the unfair times.

“What?” you say. “Give thanks for the tough times? That’s just plain crazy.” I can hear you say it.

I grant you the fact that it’s not “normal” to give thanks when life is unfair and work is overwhelming. But I’m more concerned with what works and doesn’t work than what’s “normal.” And the smart folks … who do the best job of getting through the tough times … have learned to give thanks for them.

The smart folks give thanks for the LESSONS that come with the tough times. And there are always a host of lessons to be learned. As author Brian Tracy says, “In life, difficulties are placed in our path not to obstruct, but to instruct.

Senator Bob Dole learned the same lesson. Dole says, “I think one of life’s greatest pleasures is when a person can look back and be almost as thankful for the setbacks as for the victories.”

Now that’s how you deal with the unfairness in life.