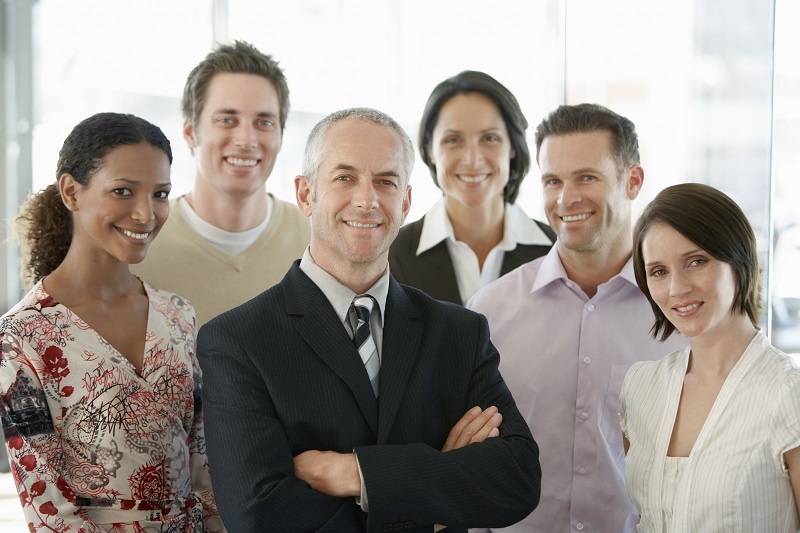 According to a well-known Gallup poll of more than 1 million employed U.S. workers, a bad boss is the #1 reason people quit their jobs. It’s a huge retention issue.  As Gallup said, “People leave managers, not companies … In the end, turnover is mostly a manager issue.”

It’s also a bottom-line issue. A poorly-led workforce is 50% less productive and 44% less profitable than a well-led workforce.  In other words, bad bosses are bad for business.

And finally, it’s an emotional issue. As Tim Pflieger, the founder of the Team Leadership Center (TLC) in Door County, Wisconsin, puts it, “We are the only species that elects, selects and appoints leaders who are incapable of leadership.  And that wouldn’t be so bad, but then we let them hang around … Geese and wolves wouldn’t do that.”

Yes, we let bad bosses hang around and stink up the workplace and depress the workforce

So that begs the question … “What do employees really want from their leaders, managers, supervisors … the boss?”

I have uncovered four things in my research.  And the good news is you can apply these same four strategies to yourself, your work, and your family to be a much more effective person, boss, team member, parent, or friend.

There are a couple of ways you can do that.

► a. Set the right example.

You can’t expect people to listen to your advice and ignore your example. As noted in a book called the Balancing Act by Patterson, Grenny, McMillan and Switzler, “The higher you climb up the flagpole, the more others can see your rear end.”

One executive wanted to lead his workforce in the direction of greater work-life balance. So he frequently urged his employees to balance their personal and professional lives, rather than sacrifice their family relationships for their work. And to set the example, he decided to take a month off and travel to China with his 19-year old son, who was about to leave the nest.

He followed up his trip by encouraging others to get more balance in their own lives. He supported people who needed to leave a meeting a little early to attend their kids’ soccer game or attend a family reunion. He talked the talk and walked his talk.

Sherman Jones, the General Manager of Media Outsourcing, learned how to set the right example at one of my programs.  He declares, “I got exactly what I needed at your Journey-To-The Extraordinary experience — how to turn others into Peak Performers.  Your stuff really works!”

► b. Explain the example you are setting and the direction you are taking.

While setting an example is critically important, it’s not enough to simply behave in the right way.  You often have to explain why you’re doing what you’re doing, so others don’t misinterpret your actions.

In the example above, when the word got out that the boss was taking a one-month vacation to China, several employees thought the executive was looking for other jobs. Others said he was distancing himself from problems that would hit while he was gone.

When the executive caught wind of the rumors, he decided it was time to explain the example he was trying to set. At the next all-employee meeting, he talked about the fact he hadn’t taken a vacation in 10 years and the price he paid for that. He talked about how he sacrificed his family for his job. He spoke personally about his relationship with his son and their 10-year dream of going to China. He talked about the value of work-life balance. And then his people understood and bought into the direction he was trying to lead.

Employees are always watching the boss.  Indeed, they might even be called professional boss watchers.  BUT, employees are NOT effective boss interpreters.

One more example of a boss who tried to give her employees the Direction they needed.  To reinforce the new Direction or company vision she was leading, she purchased an expensive coffee mug with a fancy depiction of the vision statement for each employee.

It was a good first step.  It made the company vision front and center for everyone every day.

What she didn’t understand was that she had to do more than set a good example. She needed to explain the why behind the coffee mug.  Otherwise, it’s all too easy for your coworkers to misinterpret the Direction you’re trying to set.  They’ll read between the lines, inserting meanings you never intended.

That’s what happened in the coffee-mug situation. Many of the employees assumed the coffee mugs were a thinly veiled cost-cutting device … because the new mugs were a full ounce smaller than the older ones. They thought it must be an underhanded attempt to get people to drink less coffee.

So what do employees really want from their leaders, managers, supervisors … or the boss?  The first thing is Direction they can clearly and easily understand.

The second thing employees want is…

Employees want the boss to be trustworthy. They don’t want to devote their time, energy, career … their very lives to a boss they can’t trust.  Indeed, they probably won’t give their all to a person that does not deserve their trust.

But what does that mean?  Trust?  At a bare minimum it means…

The boss has integrity. She says what she means and she means what she says.  No double talk, little white lies, or putting a spin on the facts.  If she says she’s going to do something, she does it.

Of course some people wonder if they can trust me … if my Journey-to-the-Extraordinary program is as great as I say it is.   I always respond by telling people to check out what my previous attendees have to say.

Take Bob Marchese, for example.  He’s a Systems Acquisition Specialist at TACOM.  He says, “Your Journey program is the best tool I’ve ever come across for great success in the work environment.”

And Kathy Lytle, a Team Leader/Supervisor says, “In my 20 years at TACOM, your Journey training was the most beneficial training I’ve received for my career and personal life.  Thank you Dr. Zimmerman!”  That’s why I urge you to register for my next Journey this week and take advantage of the Super Early-Early Bird Special.

A trustworthy boss also exhibits character.  As stated in the “Army Leadership Values,” character is doing what is right legally AND morally.  Just because something is legal does not mean it is right and good bosses know the difference.

A trustworthy boss is also known by his courage.  As the “Army Leadership Values” go on to say, a leader must have “Personal courage — to face fear, danger, or adversity.” Or as former New York City Mayor Rudolph Giuliani states in his Six Principles of Leadership, you must “Have courage. This is not the absence of fear. It is the management of fear, of having fear and making the right decision anyway.”

I said there are four things that employees desperately want from their bosses.  I just gave you two of them.  I’ll share the other two in next week’s Tuesday Tip.