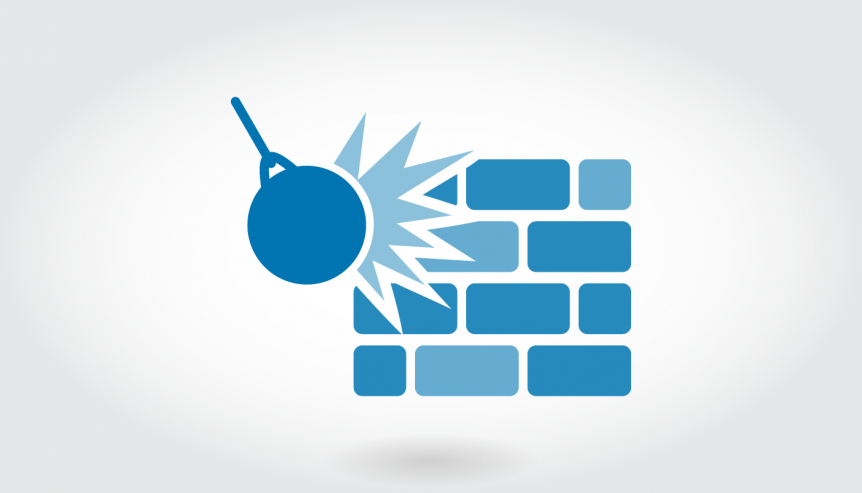 Conflict and putdowns. The news is filled with those stories every day. It’s even the central theme in our TV sitcoms. Almost every episode is based on conflict and people who handle it poorly. In fact, much of the so-called “humor” in sitcoms is nothing more than a series of destructive, damaging putdowns.

As a result, I don’t watch much of it.  I’m very careful about what I let into my mind.

But just the other day I caught a few minutes of a show and heard such lines as, “I’ll stop being sarcastic when you stop being stupid.”  And someone else said, “I assume full responsibility for my actions, except the ones that are someone else’s fault.”

It sounds like some of our recent Presidential debates.  And it may sound like some of the conversations you hear at work or among your friends and family members.

The truth is we need healthy discussion and respectful debate. That’s how we make progress as an organization, department, or team.  But we cannot afford to let our disagreements turn into destructive conflict or turn us into difficult people.

Bottom line:  You must be extremely careful about the words you use in any conflict situation.  They can literally make or break any chance you have of resolving the conflict.

“Can one hold back the waves and ripples once a paddle has broken the calm of the lake’s surface?  Neither can one control the ever-widening,  ever-damaging effects of an unkind word, after it has entered the ear of another.”

That being the case, I want to suggest there are seven rules you must follow if you’re going to keep a conflict from becoming destructive.  I’ll give you four rules today and three more next Tuesday.

1. In the Midst of Conflict, Never Compare.

Comparisons are weapons — especially in conflict situations.  They’re used to point out the worst in someone else.  And when you think about it, comparisons are counterproductive.  How can you expect to bring out the best in someone by pointing out his/her worst?

Nonetheless, you’ve heard thousands of comparisons.  People say things like, “Well, our other supervisor didn’t have those silly rules.” or “You’re just like your Uncle John, and he was never any good.”

I even see comparisons used in advertising.  On one plumber’s truck, it said, “We repair what your husband fixed.”  While I’ll admit it’s a clever phrase, I can just see some families using those words as put downs in the midst of an argument.

The great football coach Lou Holtz says, “It’s tough to get ahead when you waste your time getting even.”  That’s why condemnation has to be avoided.  It’s a dead end to nowhere.

Blaming, condemning behavior often starts with the “You” word.  It comes out in words such as “You should … You always … You never … or … You’re the one to blame.”

I remember being at a dinner party where one woman said to her husband, “There are two things wrong with your speaking.  You get off the track.”  And her husband asked, “What’s the second?”  “You come back to it.” she replied.

Even though she might have shared the comment with a certain lightness to her tone, it was a condemnation nevertheless.  And I suspect the husband felt put down rather than amused.

Again, I repeat, never condemn — if you’re trying to resolve a conflict.  And if you’re the victim of someone’s condemnation, just remember they’re trying to defend themselves against their own feelings of inadequacy.  Jason was an example of that.

Years ago when my wife and I wanted to discuss treats in front of our three-year old, we would often spell out the words to avoid a confrontation.  Jason condemned us.  He told us that such behavior was simply an admission of being unable to say “no” to our child.

Perhaps he was right.  And my wife and I felt duly chastised — until Jason and Margaret dropped by with their child, our daughter’s playmate.  Jason asked us, “Would your firstborn care to accompany my offspring to our abode for the purpose of recreation?”

People hate being told what to do.  They just HATE it.  After all, a command, any command says, in effect, “I’m better than you.  I’m your superior; you’re inferior.  I know what’s best, not you.”

And yet a lot of people seem to live by the motto that says, “I’m really easy to get along with once you see it my way.”

I didn’t realize — that in the early days of my parenting — I came across as too commanding.  But it became very clear to me when I told one of my daughters, “After dinner, you and I are going to have a talk.”  She said, “Why can’t you be like other fathers and just beat me?”  Apparently, my words were worse than a spanking and my words intensified our conflicts rather than resolve them.

Before you bark out a command, remember, “A word to the wise is resented.” Refrain from commands, unless the other person asks for your input, feedback, advice, or direction.

Be wary of dares and challenges.  They’re dangerous.  Remember your grade-school days when someone dared, double dared, or double-dog dared you to do something?  It was seldom a good idea.

Oh, challenges may work on occasion.  The other person may do what you want him to do, but he’ll resent you rather than respect you.  And yet I hear people throw out challenging lines quite frequently.

ABC chief White House correspondent Sam Donaldson talked about the resistance that comes with challenge.  He was traveling with President Jimmy Carter in India, visiting the small village of Carterpuri to see how it had solved its energy problem.  Carterpuri simply threw all the cow manure from its herds into a large pit and then siphoned off the methane gas to light the village lamps.

At one point in the tour, Donaldson and Carter were standing on the edge of the manure pit inspecting the process.  “If I fell in, you’d pull me out, wouldn’t you, Mr. President?” asked Donaldson.

“Certainly,” President Carter replied, then paused, and said, “after a suitable interval.” So be careful about daring or threatening someone.  The procedure will probably backfire on you.