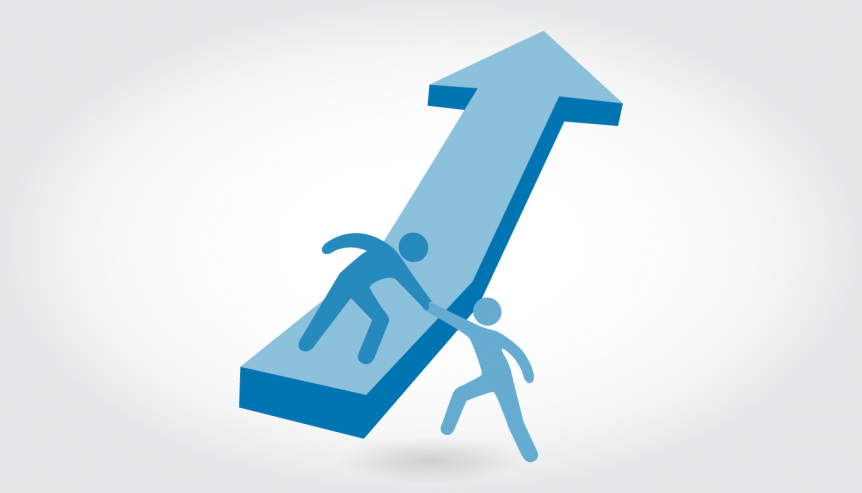 By definition, most people in your organization are average.

But average is not a nice word.  It sounds so ordinary.  And who wants to be considered rather ordinary?  No one!

The trouble is people get used to being average.  It feels comfortable or at least familiar.

And that’s precisely why we need effective leaders.  Effective leaders get average people to do extraordinary work.  A few of the techniques they use include the following:

There’s a basic law in leadership and that is … what gets rewarded gets repeated.  So if you like certain behaviors in other people, if you want to see more of those behaviors, you’ve got to reinforce them.

Whenever Charlie made a response she liked, Dr. Kassorla would say, “Good, Mr. Blake,” or “I like that sound you’re making.” Within a month, Charlie Blake, who had been mute for 30 years, was talking, reading the newspaper aloud, and answering Dr. Kassorla’s questions directly. By focusing on the behaviors she liked and reinforcing those behaviors, she transformed her patient in an astonishingly short time.

You can do the same thing with your colleagues and employees.  Even with your kids.

But you must make sure that you…

2.  Do Not Inadvertently Reinforce the Wrong Behavior.

For example, a pizza company focused its reward system on the on-time performance of its drivers.  The result?  They inadvertently rewarded reckless driving.

An insurance agency rewarded sales agents for the number of calls they made.  Their result?  They ended up with fewer actual sales and a larger telephone bill.

So yes, rewards influence behavior.  That’s the good news.  The bad news is we don’t even think about the bad things we are reinforcing.

It’s like the parent who tells her kid, “I mean it now … You had better stop that behavior … This is the third time I’ve told you … Don’t make me say it again … I’m going to count to three, and boy, then you’ll be in trouble.”  Even if the kid eventually does what Mom expects, she may not realize that she has … in reality … taught the kid that it’s okay to disobey.  After all, nothing bad is going to happen for quite some time.

It was one of the secrets of the Roman Empire.  People were held accountable for the results they got.  After building an arch, for example, the Roman leaders would have the lead engineer stand beneath it as they removed the scaffolding. If the arch didn’t hold, the engineer was the first to know.

And the results were phenomenal.  You can still find hundreds of Roman arches, coliseums, aqueducts, and structures throughout Europe, standing strong 2000 years after they were built.

In today’s world, effective leaders let their employees take ownership for their situations. They don’t run in and lift the weight off their employees’ shoulders whenever there’s a problem.  They know such behavior would turn their employees into self-doubting weaklings rather than conquering contributors.

Astute managers and leaders encourage ownership. They listen as employees discuss problems and solutions, but they don’t let the employees dump those problems in their offices. As one of the chief engineers at United Technologies wrote, “Remember, at no time during your discussion will your problem become mine. If that happens, then you don’t have a problem, and I can’t help anyone who doesn’t have a problem.”

Of course, you may have some employees who resist ownership. They may whine that they can’t do it or it’s too hard. But don’t despair.

Most people have vast reserves of untapped talent. Just look at teenagers. Teenagers who can’t seem to figure out how to run a vacuum cleaner or lawnmower can learn to drive a car in an amazingly short amount of time. It just takes the right kind of leader with the right kind of strategies to pull the talent out of people.

Finally, in your quest to bring out the best in others,

4.  Don’t Let the Underperformers Get the Best of You.

I’m sure you’ve noticed.  The least effective people in your organization and the most negative people in your group always find each other.  In fact they love to get together over coffee and talk about how bad things are and how justified their poor performance is.

Don’t let them get to you.  Take them with a grain of salt and a dash of humor.

That’s what clinical psychologist Dr. Bev Smallwood recommends.  For the employee who is chronically absent, you could say, “A person like him is hard to find,” or “It seems like her career was just taking off.” For the employee with no ambition, you could write, “In my opinion, you would be fortunate to get this person to work for you.”

If you have to write recommendations for difficult colleagues, the following phrases might fit. For the cantankerous colleague, you could say, “I am pleased to say that this candidate is a former colleague of mine.” And if the person is just plain incompetent, Dr. Smallwood says, “I recommend this person with no qualifications whatsoever. I can assure you that no person would be better for the job.”

As a leader, it’s your job to turn average performers into superstar performers.  And you will, when you implement these four strategies.  It’s all about putting your people on the path of steady improvement.

Oliver Wendell Holmes, the author and jurist, spoke about that kind of improvement. He once mistook a mental institution for a college. When the gatekeeper informed him of his mistake, Holmes said with a smile, “Well, I guess there isn’t much difference between them anyhow.”

“There certainly is,” replied the guard. “You must show a lot of improvement before you can get out of this place.”

Final Thought:  Leadership is the art of getting average people to do superior work.