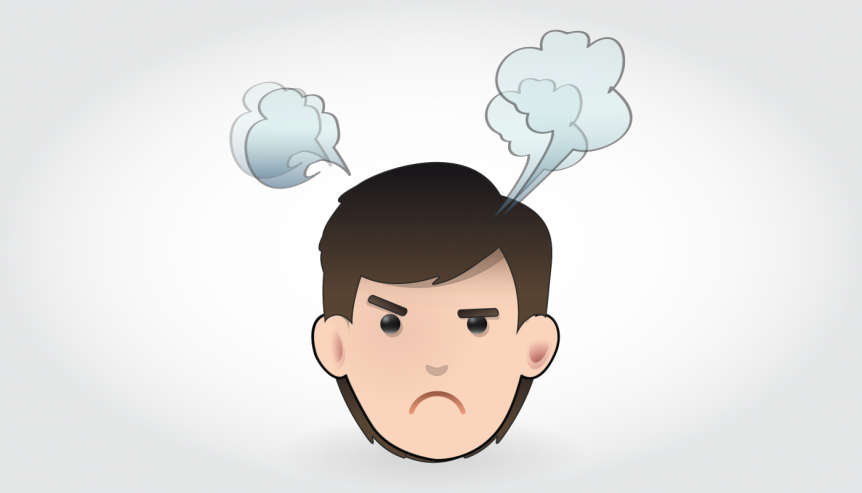 How stupid! Words are one of the most powerful forces on earth. People, relationships, teams, and even nations are built up or brought down by words.

In a similar sense, words are powerful because they can never be taken back. And some of the most destructive words you might ever speak will be words of rudeness.

Read on for The 4 Do’s of Rudeness that will positively impact your communication effectiveness.

1. DO Recognize the Two Forms of Rudeness – Verbal and Nonverbal.

The most obvious form of rudeness is seen in the verbal words that people use.

Such was the case in one elementary classroom. The teacher announced a spelling practice in class. She said each student had to come forward, say what his father did for a living, and spell his occupation.

Mary was first. She said, “My dad is a baker, b-a-k-e-r, and if he was here, he would give everyone a cookie.”

She turned to Herbie. He said, “My dad is a bookie, b-o-o-k-i-e, and if he was here, he’d lay you eight to five that Jimmy ain’t ever gonna spell electrician.”

But there’s plenty of rudeness in the nonverbal words displayed at work. You may see it in the manager who won’t even listen to your suggestions. Indeed, research by Watson Wyatt Worldwide found that only 19% of managers considered employee input when making policy. That’s rude.

So don’t go around blind, pretending there isn’t any rudeness in your workplace or home environment when, indeed, there is.

At my Journey-to-the-Extraordinary program, you’ll learn a lot more about how to deal with rudeness when you see it. As Nita Killebrew, the Executive Director of Professional Endorsements, says,

“I’ve never enjoyed exposing my weaknesses before. But your Journey program was not only enlightening, but fun! Riveting, actually. I learned how to communicate the negative effectively and how to give people what they need so they will give me what I need.”

(To take advantage of the Super Early-Bird Registration Discount for the Journey coming to Minneapolis, MN on May 4-5, 2017, click here.)

2. DO Recognize the High Cost of Rudeness.

In fact, it’s difficult to be a profitable company if you let rudeness seep into your culture.

To put it another way, there’s no such thing as a cheap comment. Rudeness at work will probably cost you plenty.

And rudeness at home will cost you the sense of support and intimacy you want at home.

For example, with hundreds of thousands of people getting my Tuesday Tip each week, I get a lot of email from my readers … everything from compliments on what I said, to disagreements with my point of view, to requests for speaking at one of their company meetings, to requests for advice. And I can truthfully say that I take the time to personally answer every email.

Recently, one woman wrote me, listing all of her husband’s faults, what was wrong with him, and how he had caused all of her problems. She went on to say, “I really told him off the other day. He’ll treat me better or else!”

As her letter went on, it was quite obvious she was very angry and had let rudeness seep into her communication style. Surprisingly, she finished her email by asking how she could have a better relationship with her husband.

I told her that indeed her husband sounded like a very difficult person. However, her rudeness would never improve their situation. It never does.

Probably so. But let me caution you. You must refrain from rudeness … because it never solves the problem you’re complaining about. Rudeness comes with a high price.

On the other hand, what can you do if you are victim of someone else’s rudeness? Try this.

3. DO Repeat What Was Said.

If, on the other hand, the person knows he’s been rude, your repetition of his comment will probably stop him in his tracks. He realizes he can’t get away with it. He can’t slip in a subtle zinger once in a while and not be called on the carpet.

The same thing applies at home. Don’t respond too quickly. Otherwise you’re likely to fall into a pattern of escalating hostility.

The wife might accuse her husband, for example, of spending too much time on his hobbies. And if he’s not careful, he might respond by saying, “You think I’m selfish? You should look in the mirror.”

Counting to 10, or counting to 1000, or waiting a day before responding would lead to smarter communication and less rudeness.

It might even pay off in a better job. Veronica L. Martinez, the Manager of Training and Communications at American Airlines says, “Two days at Dr. Z’s Journey proved to be more enlightening and educating than any seminar/training session I’ve attended in the past 20 years. Not only have I become a happier person and more effective communicator, I’ve become a master at putting things in perspective. As a result, I’ve touched more lives by sharing Dr. Z’s ‘magic’ … and received a promotion!!!”

(If you register now for my next Journey coming to Minneapolis, MN on May 4-5, 2017, you qualify for a huge Super Early-Bird Discount. Click here.)

Final Thought: You’ve always got plenty of time to be rude, so don’t speak them too quickly.