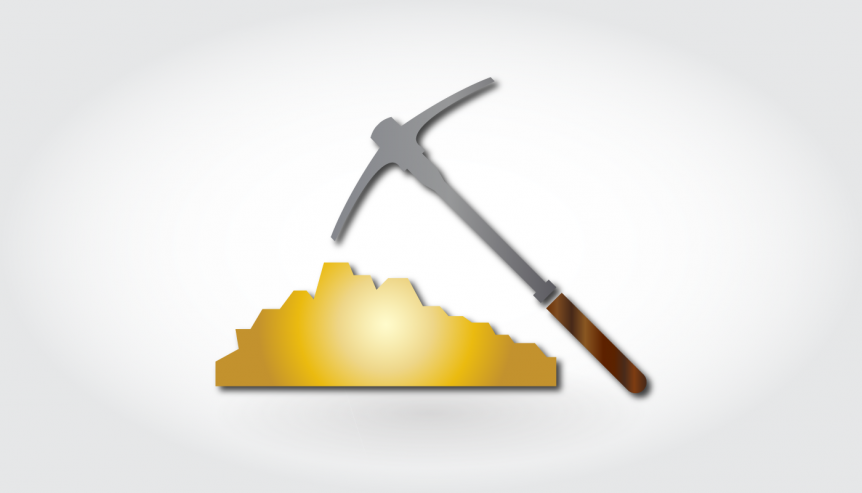 Years later an extraordinarily rich vein of gold was discovered eleven feet beyond his left-behind pick. Had it not been for his discouragement, the gold would have been his. Instead, he gave in to that discouragement and lost it all.

That doesn’t seem fair. He did most of the work, but the new prospector got all of the reward.

Well, LIFE IS NOT THE WAY IT’S SUPPOSED TO BE. THAT’S JUST THE WAY IT IS.

And as my respected colleague, family therapist Virginia Satir used to say, “The way you cope with it is what makes the difference.”

But it’s not natural to get everything you want. You can certainly get most of what you want, if you don’t get discouraged, but you can’t get everything.

Indeed, that’s exactly why I spent 30 years researching and creating my two-day Journey to the Extraordinary experience, so I can show you the secrets to getting most everything you want in your life, career, and relationships.

So the question is: How do you not give in to discouragement along the way? Read on. These four strategies will change your life and help you get what you want.

The trick to not getting discouraged is found in making the right choices. As William Jennings Bryan, famous orator and presidential candidate from a century ago, said, “Destiny is not a matter of chance. It is a matter of choice.”

I totally agree. From my years of experience as a professor, author, psychologist, and Hall-of-Fame professional speaker, I know Jennings is right. I’ve learned that you must make four choices to have the life, career, and relationships you’ve always wanted.

If you’re going to ward off discouragement, put your situation in the right perspective.

It sounds strange, even contradictory, but it works. When difficulties come, don’t automatically assume they are bad and get all upset. You don’t know if those difficulties are really bad, so remain a bit detached and nonjudgmental. It’s like the woman who said to her husband, “Our vacation is not a total loss, dear. Most people go a lifetime without seeing icicles on palm trees.”

After a while, the horse came back, bringing with him several wild horses, and his neighbors gathered around to congratulate him on his good luck. But the old man said, “How do you know it is good luck?”

When difficulties come, when discouragement is threatening to take over, maintain perspective. Don’t jump to conclusions. Don’t assume those difficulties are always negative.

Choice #3: Choose to See the Benefit in Your Difficulties.

I understand that when the game of golf was first invented, the balls were round and smooth. A golfer got his ball all hacked up one day. It had nicks all over it. But it was at that moment he learned he could get greater distance and accuracy with the marred ball than with a smooth one.

A golf ball manufacturer heard about this. He began some testing and found that the indentations “grip” the air so that directional accuracy is better and distance greater.

Choice #4: Choose Not to Whine.

Achievers are doers rather than whiners and crybabies. Achievers know that whining doesn’t work. It’s a complete and utter waste of time.

Achievers suck it up and deal with the tough times when they happen. They just ask themselves one question, “What am I going to do about it?” And then they do it.

Christine Holcomb, the Director of Surgical Services at Iowa Health, is one such achiever that I have admired for a long time. Like most everyone else, she came to my Journey program with a number of challenges on and off the job. But she left a different person because she chose not to whine about her challenges.

As Christine says, “Due to your Journey to the Extraordinary experience and the free coaching you offered after the program, I am officially a grad student in an Organizational Leadership program. And I’m being asked to present programs on teamwork and leadership throughout our organization.”

Christine went on to say, “I still get charged up — thinking back and reflecting upon all the positive things that have happened in my personal and professional lives as a result of your two-day Journey program. You helped light a positive spark and showed me how to keep it alive (even if it is 6 degrees above zero in Iowa)!!!”

When you choose not to whine about your situation, when you choose to be an achiever instead, you not only help yourself but also influence others. Christine’s example got her CEO to enroll in the Journey, and as she puts it, “He came back so energized from the Journey that he has invited you to come on site and offer the Journey to our entire leadership team at Iowa Health.“ And I did. They were wonderful.

(F.Y.I. You have until April 14th to qualify for the $500 Early-Bird Registration Discount for my Journey program coming to Minneapolis, MN on May 4-5, 2017. Click here to reserve your spot.)

By comparison, whiners are simply looking for people who will agree with them that things really are horrible. They want to find people who will feel sorry for them and give them permission to stay stuck in their self-pity rather than do something about it.

More often than not, discouragement is the only thing standing between you and your dream. But you don’t have to be a victim of discouragement. Try these four strategies to get the power you need to get the achievements you want.