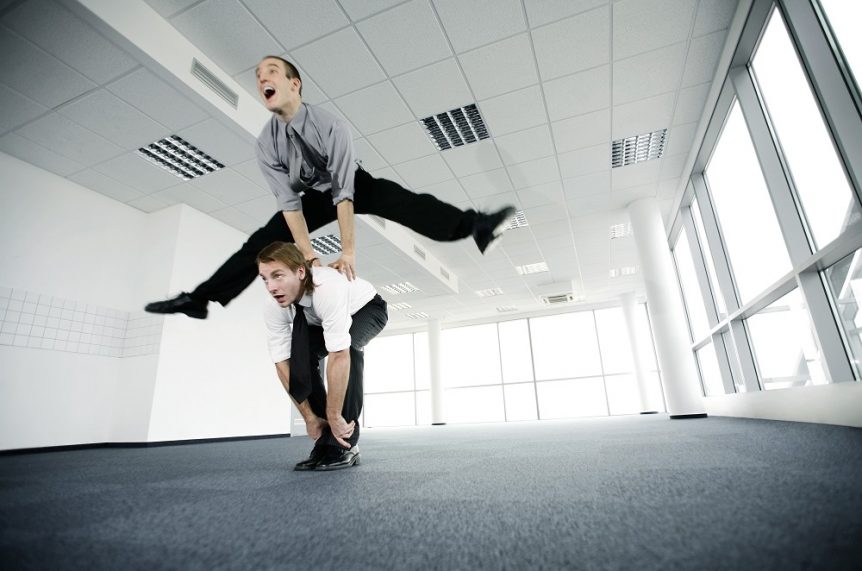 Like a lot of you, I’ve worked for some big-named companies, and I’ve reported to some powerful leader-type people with fancy titles.

However, I’ve learned that there is very little correlation between a person’s title and how much they actually influenced my life.  And I’m sure the same is true.  Leadership has a lot more to do with influence than title.

So let’s start with the facts.

Fact number 1:  you are a leader.  Yes, you.  Because leadership is about influence, and you do influence others, for good or bad, whether or not you know it.  You influence … or lead … your coworkers, your customers, your friends, partner and kids in some way.

Fact number 2:  you can have a bigger, more positive influence on others.  You simply have to learn how to do it.

In last week’s Tuesday Tip, I outlined three strategies to UP your influence.  Here are three more strategies you can use on anyone to get more cooperation and better results.

► 4. Empower the other person with choices.

Effective leaders aren’t control freaks. They encourage and empower people to be co-creators of a brighter future. It gets them excited.

And as famed auto maker Walter P. Chrysler noted almost 100 years ago, “I feel sorry for the person who can’t get genuinely excited about his work. Not only will he never be satisfied, but he will never achieve anything worthwhile.”

One of the ways you get people excited is to empower them with choice. In other words, you don’t simply shove your vision down their throats. You don’t say, in effect, “Take it or leave it.” You ask them for their input on shaping the future.

And this is critical!!!  Don’t ask them how they would do it. That will only get you ONE answer, and they’ll resent it if you don’t accept and implement their ONE answer.

Instead, ask for THREE RIGHT answers. That way, when you pick or incorporate some or all of their RIGHT answers, their commitment to implementation and follow-through goes through the roof.

So ask people for their input and choices and right answers, and then listen. And that’s tough for a lot of leaders. As American author Alice Duer Miller noted, “People love to talk but hate to listen.”

► 5. Turn the other person’s mistakes into lessons.

If you’re going to empower people to think more and do more without your direct supervision, they’re going to make some mistakes. It’s an inevitable part of the learning process.

Oh sure, they talk about mistakes, but they don’t talk about “failure.” That’s a road leading to nowhere. As I tell people in my Journey-to-the-Extraordinary experience, “A mistake is just another way of doing things.”

Effective leaders make sure people learn from their mistakes so they keep on getting better and better.  One leader did that by setting up a cannon-like device in the company. Every time someone made a mistake, they were to write down what they learned from that mistake and set off the cannon. The explosions could be heard throughout the plant throughout the day … letting people know that mistakes are okay … just as long as you learn from them.

That particular strategy really hit home with Mandy Schuler when she attended my Journey-to-the-Extraordinary program.  She now tells everyone that “Dr. Zimmerman’s Journey experience is packed full of simple, powerful, practical strategies that really work … and are so very relevant to anyone’s personal or professional life.”

Tom VonDenBenken, a director at Tyco Healthcare says: “The Journey program is a gift.  In fact, I wish I could replicate this in a bottle and give it to my wife, kids, and employees.  But I’m doing my best to share it with others because it’s that valuable.”

(F.Y.I. You can save $400 on your tuition for my upcoming Journeys if you register before the end of September.)

► 6. Acknowledge the contributions of others.

No one ever outgrows the need for the 3 A’s: Acknowledgement, Appreciation, and Approval … at work or at home.

And wise leaders know that. They know they can’t expect their coworkers (or family members) to be innovative, self-starting, peak performing, team-minded players if the leaders aren’t sincere and generous in their recognition and rewards.

IBM knew that a long time ago when they published their little 22-page book outlining The IBM Way where it encouraged people to share their suggestions on how the company could be improved. Between 1975 and 1984, IBM saved $300 million thanks to the suggestions of its employees … and it gave $60 million to those employees who came up with the ideas.   (That’s $700 million in savings and $140 million in gifts, in today’s dollars.)

The employees soon learned that their ideas were expected and appreciated. Every suggestion was acknowledged, even if it wasn’t used, no matter how ridiculous the suggestion might have seemed. No one was made to feel that his/her idea did not matter.

The School Board in Palo Alto got similarly amazing results when they acknowledged the contribution of others. As a major issue was facing the community, volunteers went door to door asking homeowners to place a large sign on their lawn indicating support for the issue. The sign was so large and so ugly that only 1 out of 100 agreed to have the sign placed on their lawn.

So the School Board tried another tactic. Knowing the issue was a positive one, the volunteers then went door to door asking homeowners if they would place a small 3″ by 5″ card in their window indicating support of the issue. Many people said “yes” to this trifling request.

Like I said last week, it doesn’t matter if you are a “born” leader or not.  What really counts is your grasp of the 6 influence skills I’ve outlined in today’s or last week’s Tuesday Tip.

Final Thought:  “Truly effective leaders in the years ahead will have personas determined by strong values and belief in the capacity of individuals to grow.”   Richard Beckhard

Dr. Zimmerman’s Tuesday Tip, Issue 951 – 3 ways to have greater influence on others