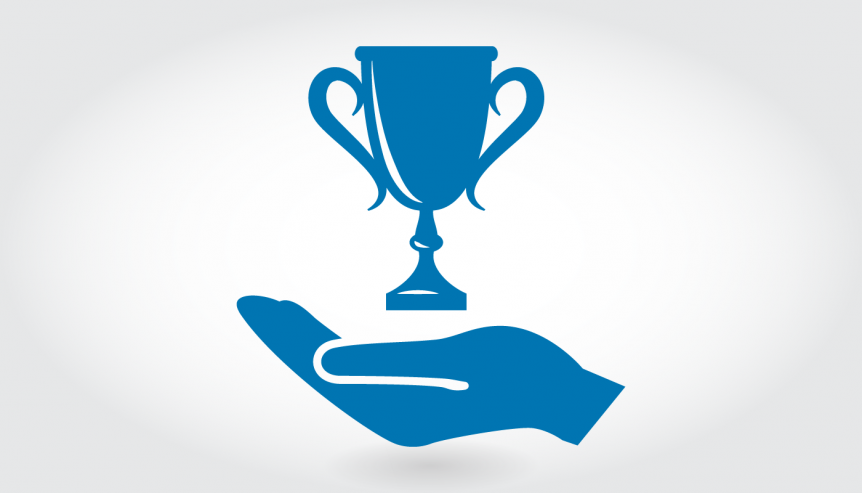 My personal friend Lee Labrada (the former Mr. Universe, the man who holds more body building records than anyone in history) says, “Forget about winning.”  He tells me he’s known a lot of so-called winners, who have won a number of contests, but live despicable lives that, are not worth following or emulating.

I agree.  There’s a lot more to success than simply winning.

Indeed, the happiest and most accomplished people, on and off the job, are more than winners.  They’re what Lee and I call champions.

And the good news is you can be a champion.  Yes, YOU …if you do three things.

In fact, almost every day I’m teaching team members and leaders in business, education, finance, government, and healthcare how to become and remain champions.  The process starts when you master these three skills.


1. A Champion Keeps an Open Mind.

Champions reject “impossibility” thinking.  Meaning they refrain from thinking a particular goal might be impossible.

Instead, they choose and continue to think their goal is possible.  And as long as they think that way, their subconscious minds continue to work towards the achievement of their goal.

By contrast, whiners think, “That’ll never work.”  And they dream up all sorts of reasons why they shouldn’t even try to achieve their goal.  In other words, they rationalize their lack of effort by telling themselves “rational lies.”


2. A Champion Verbalizes the Positive.

Champions also talk differently than other folks.  I’m sure you’ve noticed.  They almost always find something positive to say.

Dr. Robert Schuller tells the story of the horrific drought during the Great Depression of the 1930’s. When harvest season came, his father would normally gather a hundred wagons-full of corn. But that year his father got a meager one-half wagon-load.

Robert says he’ll never forget his Dad’s response. As they sat at the dinner table holding hands, his father said, “I thank you God that I have lost nothing. For I have regained the seed I planted in the springtime.” He had planted a half wagon-load of seed and he harvested a half wagon-load in the fall.

Whiners, on the other hand tend to commiserate. They say such things as, “Oh, you don’t know the problems I have … or… I couldn’t do it …or …I tried that one time and I failed.” They speak out verbal curses that kill off their willingness to start and their ability to succeed.


3. A Champion Keeps on Trying.

It’s one of the key things that differentiate a champion and a loser.  Champions keep on trying.  They find a way to get it done.  Whiners don’t. It’s that simple.

One comedian on TV summarized it quite well. He said, “I always thought I was an underachiever. Then one day I realized I was just a darn failure. I never even tried.” That’s the sad but true story of many people’s lives.

Champions find a way. I learned that at a speaking engagement I had a while ago. I arrived at the Ritz Carlton Hotel in Phoenix-Scottsdale at 1:00 a.m., but my clothes didn’t. I was wearing jeans, a T-shirt, and tennis shoes and I was to address a new, high level, very important client — a tie and suit crowd — at 8:00 a.m.

I told the desk clerk my predicament. I asked him if I could borrow a suit that might be used by one of their waiters. He told me to check with housekeeping at 6:00 a.m. to see if they had anything.

At 6:00 a.m. I approached the head of housekeeping. She only had one suit and it was much too big. The sleeves were too long. The pants weren’t even hemmed. I took it. I figured I could pin up the pants and if I held my arms up when I gestured, the sleeves wouldn’t fall over my hands. The only other problem was they had no shoes whatsoever. I was forced to wear my white tennis shoes with my baggy Ritz Carlton suit.

So it was off to the speech. When the rather formal Vice President saw me, his first remark was, “What’s this outfit?” I explained what had happened and what I had done about it. He said, “Good thinking.”

The Vice President then introduced me to the audience. He described my ordeal. The audience loved the speech. They even thought my “outfit” added to the overall impact of the presentation and suggested that I always dress that way.

I don’t know about that. But I do know that champions find a way.

Nonetheless, John and his son, Washington, figured out how the problems could be solved. They began construction–until an awful accident occurred. In the same incident, John was killed and Washington got submerged beneath the water so long that he suffered permanent brain damage. In fact Washington never walked or talked again.

Everybody, except Washington, said to forget the project. He developed a communication system where he could touch one finger to the arm of his wife. Through her, he communicated to the engineers and supervised the project for 13 years.

And finally, in 1883 traffic streamed across the completed Brooklyn Bridge. When Washington Roebling was told the news, he wept for joy. He had found a way to make the impossible dream become a reality.  He was a champion in every sense of the word.

What about you?  Would you call yourself a champion?  Would other people at work and at home call you a champion?  I hope so.  Our lives and careers are too important to be anything less than that.

But if you’re not quite there yet … if you’re not the champion you would like to be … start with these three strategies.  And read my books, attend my “Journey to the Extraordinary” program, invite me to speak at your next meeting, or whatever … but do something.

Join me, and others from around the country, in Chicago Illinois from November 10-11, 2016 for my Journey to the Extraordinary. You’ll experience two days of intense personal and professional development as you learn my 12 Keys to Guaranteed Success both on and off the job.

While we’ll be spending two days at the Hilton Garden Inn Chicago O’Hare, the Journey experience doesn’t end there. In addition to your 30-minute Pre-Journey Consultation with me, you also get a 10-week reinforcement program, an hour of one-on-one coaching, as well as an abundance of valuable resources to make sure you get the most out of your investment.