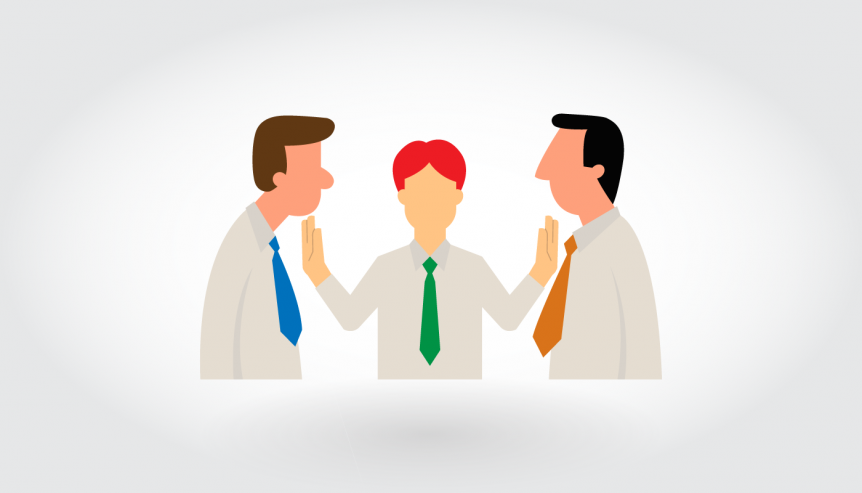 These difficult people may be a part of your daily life. They may be co-workers who make every work day a struggle, or they may be relatives who have a knack for ruining every get-together.

These difficult people may even be a part of your past, but deep inside, they’re still bugging you. Maybe you left home years ago, but memories of a parent’s put-downs continue to haunt you. Or maybe a former boss destroyed your confidence to the point that you’ve never quite recovered.

What can you do if you’re forced to interact with difficult people? You may not be able to avoid the person or avoid interacting with him or her. And you probably won’t change the other person. But there’s quite a bit you can do to make these encounters less upsetting.

In fact, the entire second day of my Journey to the Extraordinary program coming to Minneapolis on May 4-5, 2017 is focused on how to make any relationship you have more positive and productive. And there is a $500 Early-Bird tuition discount available until this Friday, April 14th. You can click here to take advantage of this special offer.

For the moment, however, here are five tips for becoming more effective in handling difficult people.

As author Joyce Landorf Heatherley says in her book, Irregular People, difficult people are deaf, dumb, and blind when it comes to your feelings. As she details in her book, these folks cannot or will not be sensitive to your emotional needs, no matter how much you explain or beg. What’s worse, she states, they are often incapable of giving an apology.

It’s like the man who was traveling through cannibal country. He came across a cafeteria deep in the jungle. A sign on the roof advertised the cost of each entree. There was fried missionary for three dollars, sautéed safari guide for five dollars, and baked politician for twenty-five dollars.

That doesn’t mean you have to agree with them or even like them. But if you understand them a bit more, you’ll be in better shape to handle them.

Get some more information. You can never have too much. One salesman learned that when he came up to a country store and saw a gentleman rocking on the porch and a dog laying by the rocker. The salesman said, “That’s a beautiful dog. Does your dog bite?”

“Nope,” said the man in the rocking chair. So the salesman reached down and patted the dog, which, of course, leaped up, grabbed the man’s arm, and took a hunk.

Critics often say things that are quite hurtful and you may not know how to respond. You may listen to what she says and then replay the conversation in your head for hours afterwards. You may go through days of agony before you think of a good comeback.

There are two things you can do to restrain the Critic.

I’m not suggesting you write off critics and all that they say. There may be some truth or helpful insights in what they say. I’m simply suggesting that you need to take care of yourself and put things in perspective. In other words, the critic’s comments may be important, but ultimately what you decide to do is the most important. You’ve got to keep your dreams alive and not let the critics snuff them out.

He’s the rigid, demanding one who just can’t let go. He’s got to have his way. So, he invades your personal and professional territory. In most cases, he’s not trying to hurt you. In fact, he’s not even thinking about you. He’s only thinking about his desire for control.

So what can you … should you … do with a Controller?

Educate him, so he knows there’s another human being in his presence with real thoughts and real feelings that need to be considered. Use statements that describe how you feel when he says or does a particularly controlling thing. Explain why the behavior is unacceptable to you. Offer some suggestions as to what would help the situation and share your willingness to listen to his ideas.

They’re the ones who claim to get the short end of the stick in everything. They’re the victims in life, who are flattened by the smallest difficulty, yet they seldom take any action to better their situation.

Martyrs are seeking pity, and they’ll try to make you feel guilty for having more, or not doing more for them. And even if you did more for them, it wouldn’t be enough.

So you need to physically distance yourself from these people. Don’t spend too much time with them. However, if you can’t avoid them, make sure your own self-esteem is in good shape so they don’t bring you down.

You can also distance yourself emotionally. Martyrs want you to join their pity party. Don’t do it! Don’t feed their turmoil by adding your own stories of woe by saying such things as “That’s nothing. Let me tell you about the time I …”

Basically, you must refuse to be a victim. You do some things to make the circumstances better.

That’s what Bill and Gretchen decided to do. While half of the campers in the trailer park were complaining about the other campers playing loud music at night, they refused to be co-martyrs. They decided to take action. Bill and Gretchen mounted two large loudspeakers on the roof of their camper.

As the other noisy, boisterous campers were getting into full swing, Bill and Gretchen retreated for the evening. After a while, a low moan, becoming more and more audible, came from their speakers. The sound turned to an unmistakable wolf-like howling. And that was soon joined by a series of rising and falling harmonies.

After reaching peak volume, the loud chorus faded quickly into utter silence. The campground was deathly quiet for what seemed like ages. Then Bill and Gretchen announced over their loudspeakers, “Relax, folks. It’s just a recording. Good night, everyone.”

Dr. Zimmerman’s Tuesday Tip, Issue 878 – 3 Types of Difficult People and How to Deal with Them