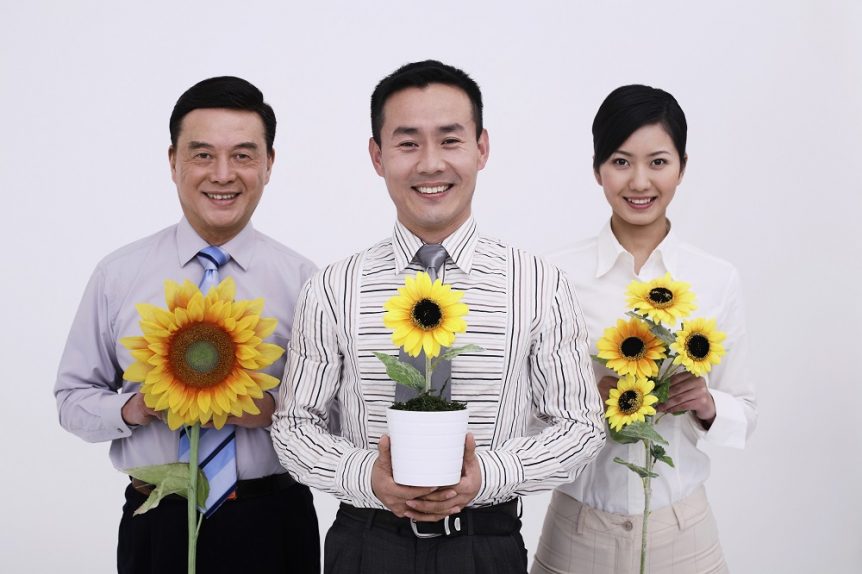 Who decides whether or not you’re going to have a good day?  Or a bad day?

Your partner, your ex-spouse, kid, boss, customer, the IRS, who’s in the White House, a nasty driver in traffic, or somebody else I haven’t mentioned?

The answer is none of those people.  You decide whether or not you’re going to have a good or bad day.

I want you to know how to turn your life around in the right way.   Not the way one person I know.  He turned his life around alright.  He used to be depressed and miserable. Now he’s miserable and depressed.

There is a right way to get the most out of life and work, even during the tough times.  That’s why I’m offering my live webinar this Thursday, June 7, 2018, from 2 to 3 pm Eastern Time on RESILIENCY 2.0: The 7 Best Ways For Turning Your Tough Times Into Triumphant Times.

So what does it take to have a good day every day?  These three steps for starters.

Unfortunately, the losers in life think happiness comes from the outside. They think their happiness is dependent upon certain things “happening” in their lives … such as a raise in pay or the acquisition of a customer. But if other things “happen” … such as a drop in the stock market or a conflict with their spouse … they’re unhappy.

That, my friends, is a lousy way to live.

Well, the good news is … there is such a “pill” on the market right now. And you don’t have to go to a doctor, get a prescription, or worry about any side effects.

The pill is to be found in what Rob Gilbert calls “the three most powerful words in the English language.” All you have to do is “ACT AS IF.” Act the way you want to become and you’ll become the way you act.

And Gilbert knows what he’s talking about. This isn’t some new, fancy, passing-fad psychology. William Shakespeare wrote about this magic pill 500 years ago. He said, “ASSUME a virtue if you have it not.”

Then modern-day psychology affirmed the validity of these three words. In the 20th century, psychologist William James advised, “If you want a quality, ACT AS IF you already have it.”

Even the world-famous personal development specialist Dale Carnegie wrote about these words. He wrote, “ACT AS IF you were already happy and that will tend to make you happy.”

So you want a good day? Then all you have to do is ACT like it’s a good day and you’ll tend to have one.

As a professor, Gilbert introduced his students to these three powerful words by way of an assignment. Every student was to ACT AS IF he/she was the world’s greatest student in their class of choice. They were to do such things as sit in the front row, sit in the middle, sit up straight, ask questions, answer questions, and laugh at the professor’s dumb jokes. Then they were to write a report on what happened.

He said the typical report went something like this: “My very next class was chemistry. I hate chemistry. I hate the professor. I was hungry, tired, and bored. But because you made me, I sat in the front row, sat up straight, asked questions, answered questions, and laughed at the teacher’s dumb jokes. And even though I was totally bored, every once in a while an amazing thing happened. Every once in a while … I lapsed into states of attention.”

After completing the assignment, the students agreed on one thing … if you act interested, eventually you’ll become interested. And as I said before, if you act like it’s a good day, you’ll more than likely have a good day … or at least a better day than you would have gotten by dwelling on the negative.

It’s one of the many skills I teach at my Journey-to-the-Extraordinary program. And when you master the technique, it even helps other people have a good day. That’s what Jeanene Townswick discovered.

She wrote, “Hi Dr. Alan: I’ve been practicing the ‘Act-as-if’ principle at home and the results have been amazing. In fact, one day my husband said to me, ‘I don’t know why, but I’m feeling happy all the time. Maybe you’re rubbing off on me.’ It was the greatest thing he could have said to me.”

Jeanene continued, “Your Journey changed my life and my career. I’m no longer just going through life and missing it … as so many people do. Ever since the Journey, I’m LIVING it.”

(Inside scoop:  My next offsite public Journey will be in the Chicago area on October 25-26, 2018.  Even though the official registration is not open, I’ve already got people who have asked me to save them a seat, because seating is very limited.  If you want me to reserve a seat for you, let me know.)

Most people don’t bother to do this. They just go through life on auto-pilot, hoping for a good day, but never planning for it. They’re hoping that accidental happiness will somehow land upon them.

Business philosopher Jim Rohn talks about these kinds of people. He says, “I find it fascinating that most people plan their vacations with better care than they plan their lives… If you don’t design your own life plan, chances are you’ll fall into someone else’s plan. And guess what they may have planned for you? Not much.”

Winners know that good days don’t just happen. They PLAN for them. They make them happen. They do what author Brian Tracy advises, and that is, to: “Take time each day to sit back, think, and reflect on your priorities so that you are using every minute well.”

If you want a good day, every day, you’ve got to DECIDE to have one, ACT AS IF you’re having one, and PLAN for it.

Dr. Zimmerman’s Tuesday Tip, Issue 938 – 3-Step Process To Make Sure Every Day IS A Good Day