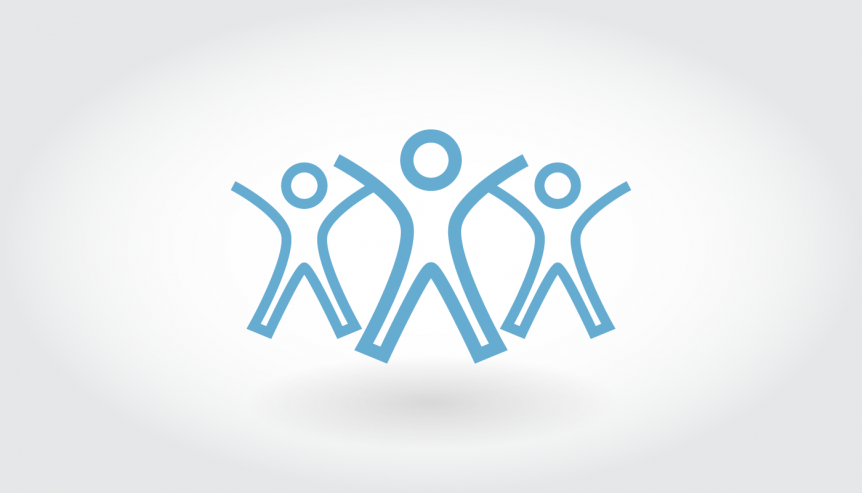 What does it take to be successful in today’s business world?  Today’s team?  Or even today’s family?

Of course, there are a lot of GOOD answers to those questions, but the BEST answer might be summarized in a single word.  That word could be teamwork, or cooperation, or engagement.  They all mean essentially the same thing.

The Nierenberg Group confirmed that in their national survey of sales professionals.  When asked which five skills had the biggest impact on their success, they listed the following:

By placing interpersonal communication skills at the top, they were saying — in effect — that the single most important ingredient in success is the ability to “connect” with your customers, coworkers, friends, and family members.

Unfortunately, people are seldom taught how to do that.  So it’s no wonder that lots of teams don’t work as well as they could and lots of families don’t make it at all.

The truth is … there is a set of interpersonal skills that elicits the full and willing cooperation of others … at work, at home, and everywhere else.  That’s why I spend the entire second day of my Journey-to-the-Extraordinary experience focused on those skills.

Here are three things you can do right now to get people more engaged and behave more cooperatively.

1. Quit joking about your failure to engage others.

One woman was attending a séance in hopes of getting in touch with her late husband who, during his life, had been a waiter in a big swanky restaurant.  The candles were lit and the room was silent.  The medium went into a trance and soon the table began to make knocking sounds.

Of course, we can laugh at those jokes.  They are funny.

Engagement is serious business.  In fact, the amount of progress you make in your personal and professional lives will be determined … to a large extent … by the amount of cooperation you get from others.

So quit joking about your lack of success in getting others to work with you and start learning how to make it happen.

It can be a huge mistake to pre-judge someone else.  You may be turning away the very thing you want the most.

Such was the case in 1884.  A young American man died while on a trip to Europe.  His grieving parents returned with his body.

After the funeral, the parents discussed what kind of memorial they could give their son.  They didn’t want a tombstone or ornate grave but a living memorial that would help other young people like their son.

After considering several alternatives, they decided to do something in the field of education.  It would be a memorial that would go on year after year helping to educate young people.

The parents arranged an appointment with Charles Eliot, the president of Harvard University.  He received the rather ordinary, unpretentious couple in his office, asking what he could do for them.

They told him about the death of their son and apologized for taking up his valuable time.  They explained that they wanted to establish a memorial to his memory–  something that would help others like their son to get an education.

President Eliot looked at the plain couple and said, “Perhaps you have in mind a little scholarship.”

“No,” said the woman.  “We were thinking of something more substantial than that — perhaps a new building or some …”

“I must explain to you,” said Eliot, who continued to presume they were nothing more than a poor blue-collared couple, “that what you suggest costs a great deal of money.”

There was a pause, and then the lady rose slowly and said, “Mr. Eliot, what has this entire university cost?”

Eliot shrugged and muttered a figure that amounted to several million dollars.

A silence followed and Mrs. Stanford looked grave.  Finally Mr. Stanford said with a smile, “Well, Jane, we could manage that, couldn’t we?” Mrs. Stanford nodded her assent.

The following year, President Eliot of Harvard learned that the plain couple had contributed $26 million for a memorial to their son.  The memorial was to be named Stanford University, in honor of their son Leland Stanford, Jr.  Chances are Eliot’s pre-judgment cost him dearly. Some of that money could have come to Harvard.

Let me ask you.  Have you paid the price of prejudgment?  Have you closed off the cooperation you want and need because you thought the wrong thoughts and behaved in the wrong way?

You cannot get someone’s cooperation unless you keep an open mind, listen, and ask.  And even if you’ve asked a hundred times before, people change and their responses change.  So don’t pre-judge their response.

Just keep on asking for the cooperation you want.  Follow Colonel Sanders’ example.  When he was trying to build his fried chicken empire, he had to ask 1,011 people to go into business with him before he got a single “yes.” But today, there’s at least one KFC in every single town in America of 10,000 or more people.

3. Do not make it difficult for people to cooperate with you.

That sounds crazy, but it’s true.  I’m sure you’ve come across a salesperson who keeps on talking, despite the fact you’ve already told him that you’re ready to buy.  And the more he talks, the less interested you become in buying.

Or it’s the child who says, “Okay, I’ll do it,” but the father keeps on lecturing about the child’s previous lack of follow-through.  And it’s the woman who asks her husband for help in getting a task done, but he never does it well enough to suit her.  So he figures, “why bother?”

In each case, the once ready and willing individual — the buyer, the child, and the spouse — withdraws his “willing” cooperation.  All he has left is resentful compliance.

What about you?  Do you make it easy for people to go along with you?  Do you let people buy when they want to buy, or do you make them wait until you’re done selling?  Do you have to remind others of all the other times they failed you?  And do you let your spouse feel good about helping you, or do you have to criticize every step he/she makes along the way?

One person sent me an example as to how some businesses make it difficult for their customers to cooperate.  Perhaps you’ve seen it.

And no, don’t write me.  I’m not slamming the entire airline industry.  I’ve spent my entire professional life flying, and for the most part, I’ve received very good service.  But this example does point out some silliness that gets in the way of customer cooperation.

Customer:  What’s the difference in the paint?  Clerk: It’s all the same paint.

Customer:  How do I get the $12 paint?  Clerk:  You buy the paint now, but you cannot paint for three weeks.  And you must paint over a Saturday night.

Customer:  The price went up as we were talking?  Clerk: Yes, sir.  We change the prices and rules hundreds of times a day.  So I suggest you purchase your paint as soon as possible.  How many gallons do you want?

Customer:  Five gallons.  Make that six, so I’ll have enough.   Clerk:  Well, sir, if you buy paint and don’t use it, there are penalties and the possible confiscation of paint you already have.

Customer:  Forget it!  I’ll buy what I need somewhere else.  Clerk: I don’t think so, sir.  You can buy paint for your bathroom and bedrooms from someone else, but you can only buy paint for your connecting hallways from us.  That’ll be $300 a gallon.

Customer:  That’s crazy.  Clerk: Thanks for painting with us, sir.

You get the point.  Make it easy for people to go along with you.  Take away as much the other person’s tension and frustration as possible.

You might even take on the cooperation challenge this week.  Ask three people at work and three people at home if you do anything else that might turn off their cooperation.  And ask them what you could do to make it easier for them to go along with you.  It will be well worth your time.

Final Thought:  If you think cooperation is tough, try doing everything all by yourself.