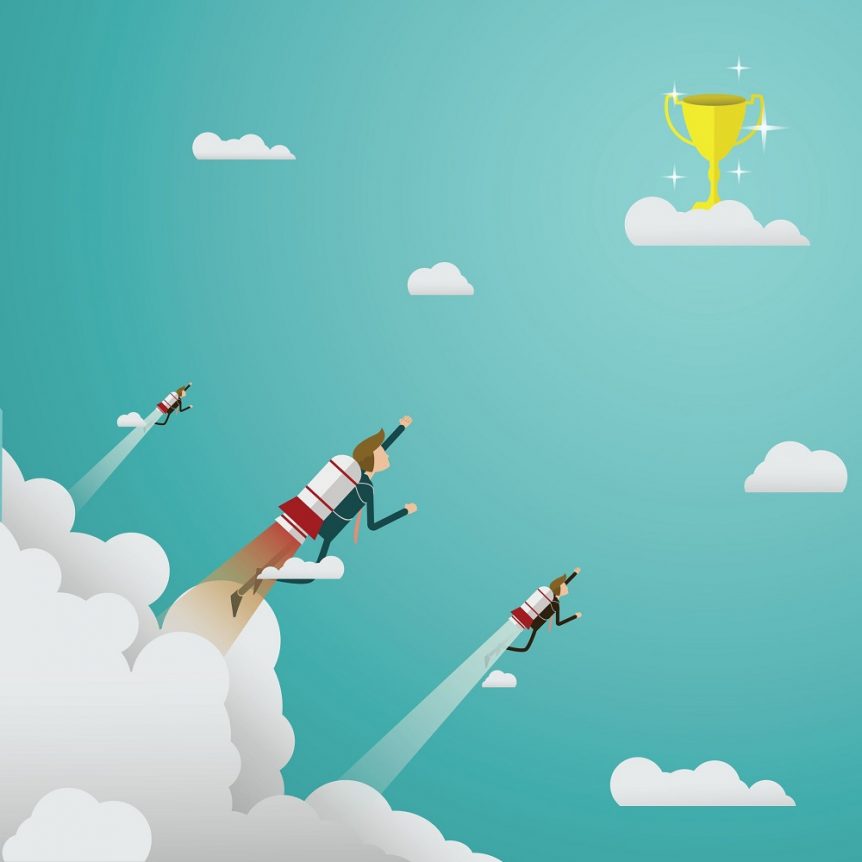 If you were asked to describe a winner, what would you say?

During the last few months, while speaking for such organizations as IBM, 3M, Merck, State Farm, and the US Army, I’ve been asking my audiences that question.  I’ve been asking them to give me the first ten words or phrases that come to mind.

What amazes me is the fact that none of these qualities has anything to do with a person’s genetics or natural inborn talents.  They all tie in to attitude in some way or other.

Because that tells me … and it should tell you … that anyone can be a winner.  That winning has a lot more to do with your self-chosen attitude than your God-given aptitude.

So what does it take to become a winner and remain a winner?  I would suggest you start with these six strategies.

Author Bob Proctor says, “The line which separates winning from losing is as fine as a razor’s edge.”

People mistakenly think winners are enormously better than everyone else.  When the truth is winners are just a little bit better.

It’s kind of like the Kentucky Derby.  In this year’s race, Justify was the winning horse, earning $1.24 million.  Good Magic was the horse that came in second place, earning $400,000.  In other words, Justify earned about three times as much as Good Magic.

That’s because Justify ran three times faster than Good Magic.  Right?  Of course not!  Justify only won by a mere fraction of a second or two.  A razor’s edge.

And it’s a truth I see repeated over and over again … in every profession of life.

I see it every time I’ve been at the Sentry Tournament of Champions, which is the yearly opening of golf’s PGA Tour season. The winning golfer is only a few strokes better than the losing golfers in the tournament.  A mere razor’s edge of difference.  But the winner’s take-home prize is several times higher than those who come in second, third, or fourth place.

In fact, that’s the very reason I created my Journey-to-the-Extraordinary program. And that’s exactly what people take away from the program.

Lynn Cornick from the world famous medical clinic in Rochester, Minnesota, said, “Dr. Zimmerman, it was indeed an honor and privilege to attend your two-day Journey program.  And everyone else is saying the same thing … about receiving so much and growing tremendously.  Being a black belt in Aikido, I have learned a great deal about attitude and mental discipline, but your program brought me to the next level.  God bless you and yours, and always remember you have blessed many.”

And Pam Pagelkopf, who came from the same medical clinic to the same program, added, “I can’t tell you how much I appreciated the opportunity to attend your Journey-To-The-Extraordinary’ program.  I took it all to heart and am using the skills in my daily life.  To say the least, we were all so pleased to have been in your program and to have the benefit of your enthusiasm and motivational skills.”

(F.Y.I.  The last public offering of my Journey program in 2018 will be October 25-26 in the Chicago area.  The Super Early-Early-Bird Registration is available now at www.attendthejourney.com.)

In Proctor’s words, “One person ‘just about’ starts a project, the other person starts it. One individual ‘almost’ completes a task, the other does complete it. One person sees an opportunity, the other acts on it. One student ‘nearly’ passes the exam, the other does pass it… and although the difference in their marks may be only one percentage point out of a hundred, it’s that one point that makes all the difference.”

I know that’s been true in my life and career, hundreds and thousands of times.  So here are a few things you can do right now to put the razor’s edge to work for you.

► 2. Refuse to settle for the basics.

For example, you may have mastered the basics of reading by the fifth or sixth grade. But have you done anything since then to improve your reading skills?

And you may have mastered the basics of arithmetic, but have you gone beyond that to master the skills required for saving, investing, and budgeting for your future?

Get off your assets and go for something bigger and better.

Once people understand the basics of something, they usually stop their learning in that area. Only a small percentage of people ever go on to become the acknowledged experts in a particular area.

And it’s the experts who typically receive the most recognition, the largest incomes, and the greatest satisfaction from their jobs.

And it’s not that difficult to become an expert.  All you have to do is study one hour a day in your chosen field, and in five years you will be an expert in that field. You will stand head and shoulders above almost everyone else in your field.

Of course, I can hear some people already whining, “I’m too busy for that.  I can’t possibly spend an hour a day studying anything.”

Nonsense.  You could do something as simple as turn your car into your classroom.  Turn your radio off and your CD or MP3 player on.

If you’re like me, you drive thousands of miles to work or errands each year. In fact, if you drive as many as 25,000 miles per year, you’re spending the equivalent of thirteen forty-hour weeks sitting behind the wheel of your car. So you’ve got the time to listen to educational, motivational recordings. And whether or not you consciously focus on what you’re hearing, it’s virtually impossible to keep on exposing your mind to good, clean, powerful, uplifting information and not be positively influenced and educated by it.

Dr. Zimmerman’s Tuesday Tip, Issue 939 – 3 Razor-Edge Strategies That Separate the Winners From Everyone Else