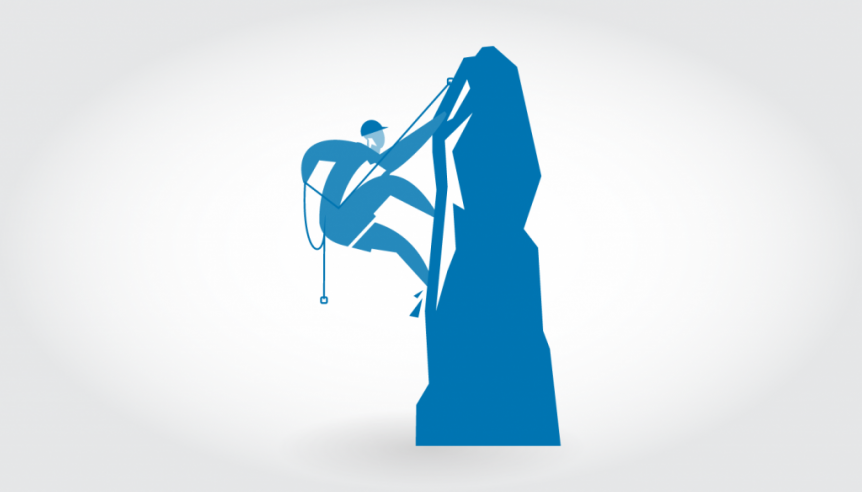 She, herself, was one of the unlikely people who had succeeded in life. She was one of nine children born into a poverty-stricken family that was verbally, physically, and sexually abusive. She said that she was now the vice president of a corporation, made a substantial income, and was happily married. By contrast, all her siblings had gone through numerous jobs, marriages, and courtrooms and none of them were even close to being successful at anything.

The class exchanged several ideas as to why some succeed and others fail. They talked about why some people perform to the best of their ability while others settle for average or awful. But if I had to limit my answer to just one thing, I would say   …

The number one reason people win or lose is their use or non-use of DETERMINATION.

Walt Disney showed us that. As a young boy Walt was a dreamer. He loved to dwell in the world of fantasy, entertainment, and cartoon. And so he dreamed. But his success as a cartoonist didn’t come instantly. It took determination.

He approached the editor of the Kansas City newspaper to show him his drawings. The editor curtly replied, “These won’t do. If I were you, I’d give up this work. From these sketches, it’s obvious your talent lies elsewhere.”

But Walt was determined. His desire to be a cartoonist was strong. He believed he could do it in spite of the editor’s negative appraisal. So Walt went to other newspapers, receiving rejection after rejection. Still he persevered. He kept knocking on doors until he finally got a job drawing publicity material for churches.

Then he began searching for a studio. All he could find was an old mouse-infested garage, but it was in that studio-garage that Walt continued to draw and write. And it was in that garage and from that determined beginning that Walt — and one of the mice (Mickey Mouse) — eventually became world-famous.

So if determination is the #1 reason win or lose, then you need to …

Assess your present level of determination.

Take a good look at yourself.  Do you have what it takes?  What is in greater supply in your life … excuses as to why you’re not achieving as much as you could, or mega doses of determination to get what you want?

Do you tell yourself that you’ll be happier when you get a bigger raise or a better house? Do you think your marriage will improve when your spouse learns how to communicate? Do you think you’ll have less stress when the economy improves? Do you wait for things to change before you do? Those are all signs that you rely on excuses way too much.  You’re in trouble.

Or are you filled with determination? Are you continuously fired-up? Are you achieving all that you are capable of achieving?

Let’s look at each element.

1. Determination starts with a goal.

If you want to develop your determination, set a good, solid, important GOAL for yourself. That’s what Holda Crooks did back in the 1980’s. She wanted to stand on top of the tallest mountain in North America. She wanted to see the beauty of the world from that perspective.

Age slowed her down a bit, but her goal was so personally important that it set her determination in motion. When she was featured on a television news program, achieving her goal at age 90, she was asked about her age. The news anchor asked, “When do you think you are going to grow old?” Holda answered, “I haven’t really considered that very much.” Her goals and her determination made her age irrelevant.

Likewise, with your goal in place…

2. Add commitment to the mix.

It’s quite clear that a person who believes in his/her goal and is committed to achieving it has more energy and more success. In fact, once the commitment is made, almost-magical powers come to your aid.

The Scottish mountaineer, William Hutchison Murray, wrote about that in his book, The Scottish Himalayan Expedition. He wrote:

“Until one is committed there is hesitancy…The moment one definitely commits oneself, then providence moves too. All sorts of things occur to help one that would never otherwise have occurred.”

It’s simply another way of saying you’ve got to keep your eye on the goal.

One of three boys learned that. As they were playing in the deep snow, a neighbor asked them if they wanted to have a race. He said he would give a prize to the winner.

It sounded good to the boys, so they gathered around the man to learn more. He told them the winner would not be the one who ran the fastest but the one who ran the straightest line. He said he would go to the other end of the field, give a signal, and have them race to him.

The boys took off. The first one looked at his feet as he ran to make sure they were pointing straight ahead. The second boy wondered how straight the boys on either side of him were running and tried to line himself up with them. The third boy just kept his eyes fixed on the man at the end of the field. He kept his eyes fixed on the goal. And, of course, he won the race. His line was by far the straightest.

The two losers lost their focus. They got distracted from the goal. In fact, they made the two most common mistakes people make when trying to achieve their goals.

You can have DETERMINATION. You can be as successful as you want — as long as you avoid the excuses — and apply the three keys I’ve outlined today.

Final Thought: Excuses are like noses. We’ve all got one and they all smell.