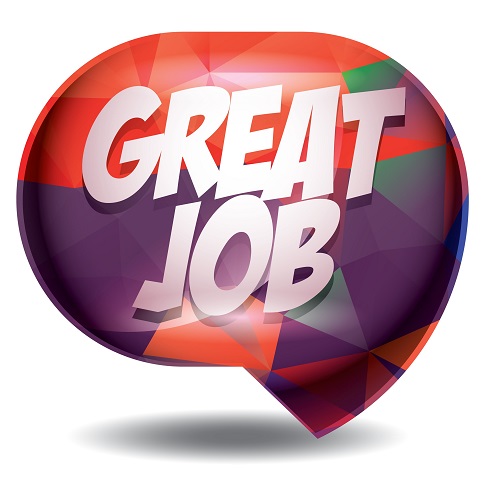 Serving as a volunteer with the Los Angeles Dream Center and for the thousands of homeless people they serve on the streets of Los Angeles, I learned a mind-blowing truth.  Everybody needs encouragement….from the CEO, to the hourly employee, to that difficult in-law, to the down-and-outers.  Everybody!

In fact, Tommy Barnett, the co-founder of the Dream Center, even goes so far as to say, “Encouragement is more potent than any drug on the market. It imparts something no chemical company can: real, genuine hope.”

However, you need to…

► 1. Recognize the world is filled with discouragers.

Of course, this isn’t a modern phenomenon that can be blamed on Trump, on the Democrats, on the Republicans, on the media, or anybody else in particular.

Throughout history, dream-killers have tried to shout down other people and their ideas. When Edwin Drake drilled for oil in 1859, the onlookers said, “Drill for oil? You mean drill into the ground to try and find oil? You’re crazy?”

When the Boston Post heard back in 1865 that some inventors were working on a device that would transmit voices over great distances using wires, it wrote, “Well-informed people know it is impossible to transmit the voice over wires and that were it possible to do so, the thing would be of no practical value.”

Lord Kelvin, one of the early “experts” on thermodynamics, said “Heavier-than-air flying machines are impossible.” And the “New York Times” wrote in 1936, “A rocket will never be able to leave the earth’s atmosphere.”

Darryl Zanuck, the producer at Twentieth-Century Fox, said in 1946, “Television won’t last because people will soon get tired of staring at a plywood box every night.”

Elvis Presley was even told by a successful performer at the Grand Ole Opry, “You ain’t going nowhere, son. You ought to go back to driving a truck.”

The danger comes when you listen and believe those discouraging dream-killers.

So let me give you a few tips so you don’t get discouraged and keep on winning at whatever is important to you.

► 2.  Remember that failing does not make you a failure.

Masaru Ibuka and Akio Morita knew that. They had both failed in some way before they became business partners. Ibuka failed his exam for lifetime employment at Toshiba. Morita made an automatic rice cooker that burned the rice; so he only sold a hundred of them.

But then they teamed up to build an inexpensive tape recorder, which they sold to Japanese schools. It was the beginning of the Sony Corporation.

Having a failure does not make you a failure UNLESS you start to think of yourself that way. If you start to think you’re a messed-up, screwed-up failure, that’s where you’ll stay. As martial artist, actor and author Bruce Lee noted, “Defeat is a state of mind. No one is ever defeated until defeat has been accepted as reality.”

“That’s why encouragement is so important.” says Tommy Barnett. “It holds open the possibility that the future may be more exciting, more mind-boggling than we think. It refuses to say no to an idea, even if it seems foolish. Perhaps that crazy idea is just ahead of its time.”

► 3.  Focus on progress, not perfection.

As obvious as it sounds, failure is simply a part of the human experience.  Everybody fails at something.

So there’s no need to get all bent out of shape when you fail.  Oh sure, it may be disappointing or even embarrassing when you fail, but it’s not a disgrace that should define your worth in any way.

You don’t have to be perfect and you never will be perfect.  And thank God for that.  If you were perfect, you would be nauseating.  No one would want to be around you.

Outrageously happy and successful people know the secret lies in progress … in getting better … in moving forward.  It does not lie in being perfect.

The author Mark Crow raises the perennial question when he asks, “How many times have I heard that the grass is always greener on the other side of the fence?  And how true it does seem, for I often find myself viewing my neighbor’s ‘grass’ with envy.  But lately I have found myself wondering if I spent a little less time watching my neighbor’s ‘grass’ and a little more time fertilizing my own, perhaps it would grow to be just as green.”

He’s right.  You can have greener grass … you can have a healthier lawn … if you give it better nutrients … and focus more on progress than perfection.

That’s what Allen Wyatt, the Center Director for the Social Security Administration, learned when he attended my Journey-to-the-Extraordinary program.  He told me, “Your goal-setting process worked beautifully for me in every part of my life.  But let me give you one example from my home life.”

“Ever since the first day of the Journey experience, I have become a much more patient father. I used to yell right off the bat, without talking or discussing anything first. Now I find it a lot easier to talk and work out problems with myself and my children without blowing up. It is bringing us closer every day. Thank you!!  This was GREAT training.”

Instead of focusing on his failures and getting discouraged, Allen learned how to make significant progress.  He was highly encouraged.