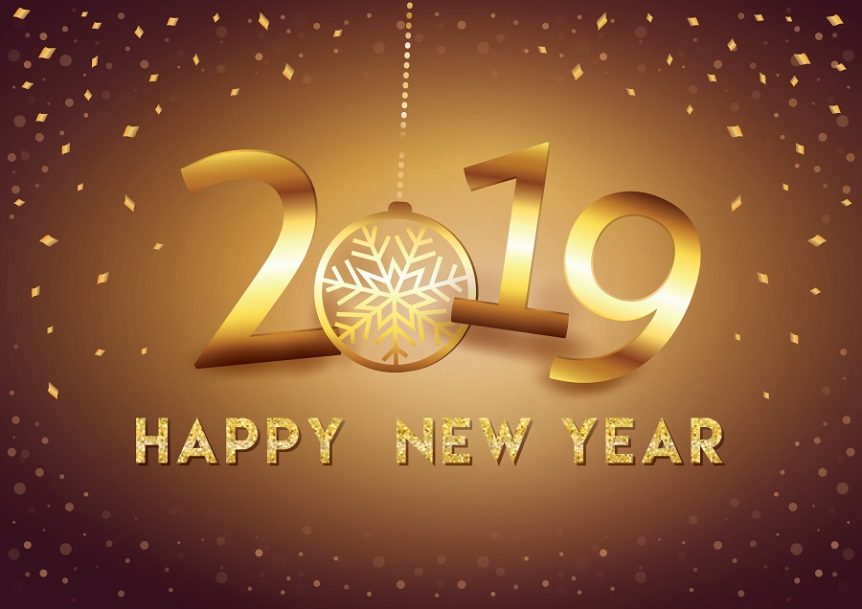 You have probably heard about The 10 Commandments. You may have even memorized them when you were little … because you were taught that was the way you should behave and communicate with other people, even God Himself.

A couple of weeks ago, I gave you the first two of my 10 Commandments of Awesome Communication: 1) Increase the quantity of your communication, and 2) Focus more on how you could improve your communication and less on what is wrong with the other person.

To get your 2019 off to a great start, let me suggest that you also adopt the following New Year’s Resolutions … or more of my communication commandments. They will pay off in better relationships, greater engagement, and more teamwork … on and off the job.

When you talk about “we” and “us,” you’re encouraging cooperation and reinforcing inclusion. You’re saying, in effect, “We’re connected. We’re in this together.”

Just the opposite happens if you have too many “I’s, you’s, and they’s” in your conversation. Your communication focuses on your differences. It focuses on areas of disagreement, dissent, division, and disapproval.

And the same criticism can be and should be leveled at Congress. As Iaccoca went on to ask, “Ever notice that the members of Congress call those who agree with them ‘constituents’ and all those who disagree with them ‘special interests’?” It’s outrageous, destructive, and DISRESPECTFUL.

Start using more “we” and “us” to communicate more effectively with other people.

Before you get all hot and bothered and tell me certain people don’t deserve your respect, let me explain my terms.

Respect does not mean that you necessarily like the other person. Or agree with him. Or approve of her and her behavior.

And respect is not something the other person has to earn.

Respect is all about the way you treat another person. It’s all about following the Golden Rule, which in essence, says, “Respect is simply doing unto others what you would like them to do unto you.”

Of course, some of you might say that’s nice in theory. But in practical terms, HOW can you do that? Especially when you find some people to be rather difficult or distasteful.

Very simple. Just take a moment to think before you act. Ask yourself, “Would I want other people to treat me that way?” If your answer is “no,” then don’t do it … because in all likelihood your contemplated behavior would be disrespectful.

i. Treat your wife with strength and gentleness.

ii. Give ample praise and reassurance.

iii. Define the areas of responsibility.

vi. Recognize her need for togetherness.

vii. Give her a sense of security.

viii. Recognize the validity of her moods.

ix. Cooperate with her in every effort to improve your marriage.

x. Discover her particular, individual needs and try to meet them.

i. Learn the real meaning of love.

ii. Give up your dreams of a “perfect marriage” and work toward a “good marriage.”

iii. Discover your husband’s personal, unique needs and try to meet them.

iv. Abandon all dependency upon your parents and all criticism of his relatives.

v. Give praise and appreciation instead of seeking it.

vii. Greet your husband with affection instead of complaints or demands.

viii. Abandon all hopes of changing your husband through criticism or attack.

From experience, I can tell you that the more of these commandments you follow, the more respect and connective communication you will experience.

► 5. Slow down your back-and-forth exchange.

The problem is … it never works. Instead of creating awesome, connective communication, it disconnects you from the other person.

To get over this bad habit, to slow down your back-and-forth exchange, there are two techniques you can use.

The first one is author David Levin’s “hand-off technique.” It comes from the Native American tradition of using a talking stick in council meetings. The idea is … you can only speak when you have the talking stick and no one else can speak until the stick is passed to them.

Specifically, when someone is talking to you, instead of jumping in with your response as soon as the other person finishes, you must first acknowledge the fact that you heard what he/she had to say. It could be as simple as saying, “Interesting point … I know what you mean … or … If I understand you correctly ….” You must comment on what he said before you continue with your response.

The second technique is Goodyear Director Bob Parsons’ “3-gulp rule.” When he hears an important point, he does not give an immediate response, outside of a nonverbal acknowledgement such as an “hmm” or a nod of the head. He then ponders what he heard and how he’s going to respond as he takes three gulps of water. It gives him time to think about his response as it tells the other person he’s going to get a thoughtful response rather than a flippant, off- the-cuff remark. The technique works beautifully.

When you follow Levin’s or Parsons’ techniques, you actually hear what the other person is saying. But you’re also sending the message that you really heard him/her. You’re sending a connecting message of respect, care and understanding.

I wish you a Happy New Year and I know it will be a better New Year than last when you add these three communication commandments to your repertoire of skills.