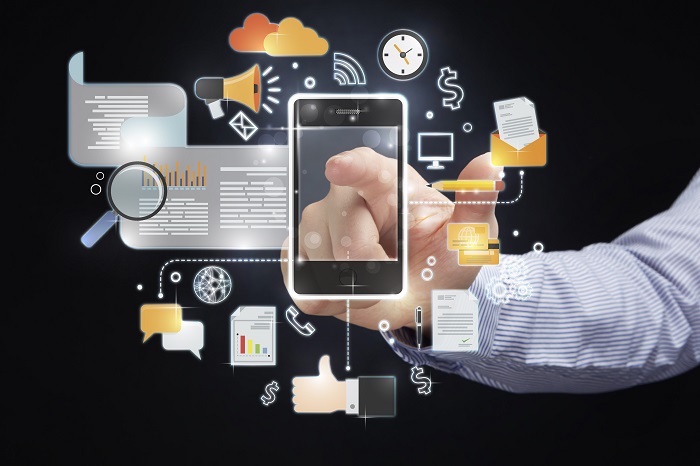 We are living in a time of overwhelming amounts of communication … from our cell phones, to a variety of social media platforms, and thousands of radio and TV channels.

However, the quantity of communication in our world and in our relationships does not necessarily mean that we are experiencing quality communication. In fact, just the opposite is true. And you can see instances of ineffective communication everywhere you look.

For example, the police in Oakland, California spent two hours attempting to subdue a gunman who had barricaded himself inside his home. After firing ten tear gas canisters, officers discovered that the man was standing beside them in the police line, shouting, “Please, come out and give yourself up.”

And in Modesto, California, Steven Richard King was arrested for trying to hold up a Bank of America branch without a weapon. King used a thumb and a finger to simulate a gun. Unfortunately, he failed to keep his hand in his pocket.

So what can you do to make sure your communication is quality communication? So it has super-glue power to pull you and the people in your world closer together?

► 1. Increase the quantity of your communication so quality can slip in.

That was one of my secrets as a university professor.

Not to brag, but I was selected as the Outstanding Faculty Member by two different universities.

I have been designated as a Distinguished Faculty Member by the Institute for Management Studies … an honor they have bestowed on only six people in their 40-year history with more than 5000 instructors.

I didn’t win those awards because I was the smartest professor or speaker around. I didn’t receive those honors because I published the most books and articles.

No, I believe it was because of the impact I had on my students at the university and my clients in the business world. I put time aside some quantity of communication so some quality communication would emerge.

For example, time and again, I would invite 12 to 15 students over to my house and I would make sure to include those who seemed especially disinterested in class or even hostile towards me. Of course, they would ask, “What are we going to do?”

I would say I didn’t know, but we would have some pizza, sodas, and just talk. Before you knew it, it was 2:30 in the morning and none of them were asking … as they did in class … “What time is this period over?” or “Will that be on the exam?”

I learned a simple communication principle during all those sessions. The closer I got to people, the greater impact I made on their lives … because I took TIME to be with them, to talk and listen, to intensify our interpersonal relationship.

Quite simply, it’s difficult to have a quality relationship with quality communication if you’re not willing to invest some TIME in the communication process.

One Marine knew that. He was willing to invest the time necessary.

It all started with a nurse who led the tired, anxious serviceman to the bedside of an old man. She said, “Your son is here,” repeating her words several times before the patient’s eyes opened.

Heavily sedated because of the pain of his heart attack, he dimly saw the young uniformed Marine standing outside the oxygen tent. He reached out his hand. The Marine wrapped his toughened fingers around the old man’s limp ones, squeezing a message of love and encouragement. The nurse brought a chair so that the Marine could sit beside the bed.

All through the night, the young Marine sat there in the poorly lit ward, holding the old man’s hand and offering him words of love and strength. And occasionally, the nurse suggested that the Marine move away and rest awhile. He refused.

Whenever the nurse came into the ward, the Marine was oblivious of her and of the night noises in the hospital … the clanking of the oxygen tank, the laughter of the night staff members as they exchanged greetings, or the cries and moans of the other patients. Now and then she heard him say a few gentle words. The dying man said nothing, only held tightly to his son all through the night.

Along towards dawn, the old man died. The Marine released the now lifeless hand he had been holding and went to tell the nurse. While she did what she had to do, he waited. Finally, she returned. She started to offer words of sympathy, but the Marine interrupted her.

“Who was that man?” he asked. The nurse was startled, “He was your father,” she answered. “No, he wasn’t,” the Marine replied. “I never saw him before in my life.”

“Then why didn’t you say something when I took you to him?”

“I knew right away there had been a mistake, but I also knew he needed his son, and his son just wasn’t here. When I realized that he was too sick to tell whether or not I was his son, knowing how much he needed me, I stayed. I came here tonight to find a Mr. William Grey. His son was killed in Iraq today, and I was sent to inform him. What was this gentleman’s name?”

The nurse, with tears in her eyes, answered, “Mr. William Grey.”

There’s a lesson here for all of us. To be a better communicator, there are no shortcuts. It will take TIME. You have to invest some quantity of time so the quality communication has a chance to develop. 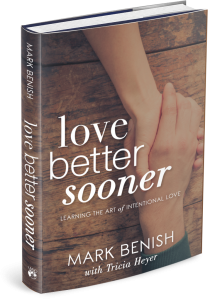 Special Announcement: In my 20 years of writing my Tuesday Tip articles, I have quoted hundreds of books and various authors. But I have never told you to buy someone else’s book. Today I am making an exception.

I recently read a book on what it takes to dramatically improve the communication in your marriage or with your significant other. Mark Benish’s book on Love Better Sooner: Learning the Art of Intentional Love is the most genuine, transparent, gut honest, practical how-to book on relational communication that I’ve ever come across.

I would strongly encourage you to get a copy and apply Mark’s techniques to your relationship. It may very well be the best investment you ever make.

Once you’ve applied my first tip … of making room for quality communication to emerge … go on to my next technique.

► 2. Ask yourself some Brave Questions.

Poor communicators tend to ask questions that focus on what is wrong with the other person. They ask such things as: “Why can’t he be a team player? … When is she going to get with the program? … And why can’t he just do it without all the griping and groaning?”

By contrast, effective communicators ask themselves some Brave Questions. Instead of focusing on the other person’s faults, they ask questions that make them think about what they can do about it. They ask such questions as, “How can I be more patient? … How can I listen better? … How can I show more appreciation for my people? … How can I be more engaged in her development? … And what does this person need the most from me … right now?”

When you ask yourself Brave Questions, you stop finding fault in the other person and start focusing on what you can do to improve your communication. And the results will be dramatically better.

Merry Christmas to all of you.

Dr. Zimmerman’s Tuesday Tip, Issue 966 – How to Infuse Your Communication with Super-Glue Power