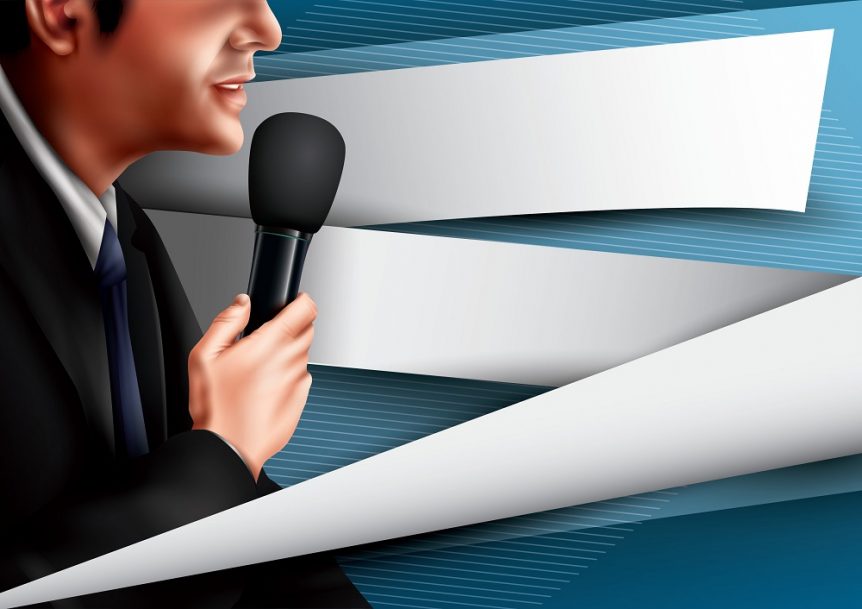 The manager dutifully replied: “We have 35 in our factory, 10 in the office and 5 in the hospital — none broken down by sex.  If you must know, our problem down here is with alcohol.”

In fact, communication incompetence is one of the leading causes of business failure and relationship failure.

But it doesn’t have to be that way.  You can learn to be an amazingly effective communicator.  Here are three ways you can start your journey to better communication.

► 1. Remember the privilege of the platform.

Every time you speak, you are using up someone else’s time. And considering the precious nature of time, it’s quite an honor when people tune into you.

One of my colleagues learned that firsthand when he was seated next to Heston on a plane a few years ago. As they talked, Heston mentioned he was coming from a conference where he addressed 112 people.

Of course, my colleague thought how disappointing that must have been for Heston … being a world-famous actor … when only a few people came to his presentation. Nonetheless, my colleague knew Hesston was also a world-class communicator, so he asked him what was the secret to his powerful communication ability.

Heston replied, “I have never gotten over the miracle that someone will come to listen to me speak.”

He held the communication process in such high regard that he made sure he never abused the process.

And hopefully the same thing could be said about you when you talk.  You do more than blabber on.  You remember it is a privilege to speak … a privilege you cannot take for granted … and a privilege you must handle with respect.

► 2. Make sure you have something worthwhile to say before you say it.

I’m sure you know people who just talk on, and on, and on. I don’t know what’s driving their behavior. Maybe they love the sound of their voice. Or they need to be the center of attention. But I do know they’re driving other people nuts.

Don’t be one of those folks that other people love to avoid.

Before you speak, ask yourself a few questions: “Are you talking too much? … Do others want to hear what you have to say? … and … Are your comments worth saying?”

That’s great advice for all of us.  And it was something that Ralph soon learned.

Ralph had been driving down a rural highway for several hours when he stopped in a small town to buy gas. He spotted several older men seated outside the garage of the gas station.

“Hey, there,” Ralph said, eager for a bit of conversation before he got back on the road. The men glanced at Ralph and nodded.

“Sure is hot today,” Ralph said. The men nodded again.

“On my way to Fairfield. Haven’t driven through these parts in quite some time.” The men looked at Ralph. “You fellas sure are quiet,” Ralph said, “Is there some kind of law against speaking in this town?”

“No laws like that here,” one of the men explained. “But we have an understanding. We don’t speak unless we can improve upon the silence.”

So make sure your comments at work, at home, and everywhere else are worth saying.

Ineffective communicators tend to speak for others, which is demeaning.  Instead of saying “I feel good about that idea,” they may say, “We all agree with that approach.”

They assume they already know what somebody else is thinking or feeling.  And that’s dismissive, not respectful.

Sheriff Terry Mullins from Springfield, Colorado wrote about an elderly man in a nearby hospital who was upset with the way one of the nurses communicated. She meant no harm but talked to him like a child. She would say things like, “How are we today? … Are we ready for a bath? … and … Are we hungry?”

The old man snatched it out of her hand, pulled the top off, and drank it down. He said, with a burp, “I’ll run it through again and see if it’ll clear up.” The nurse fainted.

Use more “I” statements and you’ll find people tune in more attentively to what YOU have to say.

Dr. Zimmerman’s Tuesday Tip, Issue 953 – 3 Ways to Communicate So Others Will Listen to You