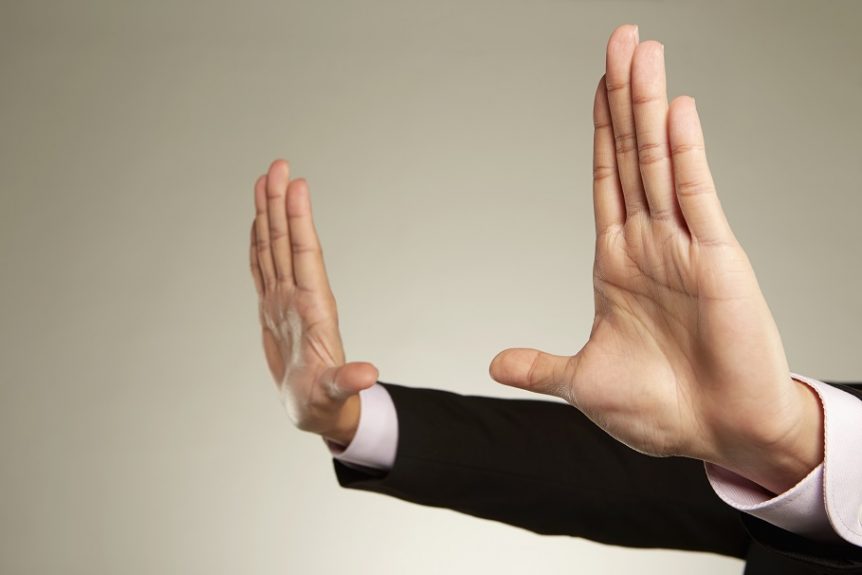 We may be living in an ever-growing virtual world, but people are still people. They have needs that cannot and should not be ignored, no matter how much social distancing we practice now and in the future.

In fact, if you ignore people’s social and emotional needs at work or at home, you do so at your own peril. You are risking the morale and teamwork inside your organization and you are risking the loss of the very relationships that are keeping you alive, at least economically.

To prevent all of that from happening, I recommend the following.

The pronouns used in the workplace speak volumes about the commitment and morale in your organization.

If you hear employees talking a great deal about “they” and “them,” you’ve got a morale problem. But if you hear mostly “we” and “us,” that’s a good sign that your coworkers are proud to be part of the organization.

For years, I’ve talked about this in my programs. And in many cases, my audience members are surprised that that is even a part of their job.

Indeed it is. Patrick Mileham and Keith Spacie in Transforming Corporate Leadership said “Knowing people as three-dimensional individuals is an important leadership quality.” They went on to say that “The embarrassed lack of knowledge shown by some leaders … matched up with poor team performance.”

So here’s a little test you can use to see if you’re a real leader or a real team member … or more of a spectator. Think of four different people in your work group and see if you can answer these simple questions about each of them.

a. What does this person do in his or her spare time?

b. What are this person’s family circumstances?

c. At what stage are this person’s children?

d. When is this person’s birthday?

How well did you score on this test?

If you don’t know your people as well as you should, I suggest you get a copy of my book on Brave Questions: Building Better Relationships and Stronger Teamwork by Asking All the Right Questions.

Your “defining moment” is the moment you decided to excel. It’s the moment that helped define who you are now and what you’re trying to do. If you learn this about each person in your family, amongst your network of friends, and with your teammates, you will get a huge and immediate boost in the trust, depth, and quality of your relationships.

Using this technique of sharing defining moments, one leader told his staff about the time his squad in Vietnam was ambushed. He alone survived. Hiding in the grass, he watched the small Viet Cong unit file off into the jungle. One by one the Viet Cong soldiers filed past without seeing him.

But the last one turned and looked right at him. For a terrible moment, they stared at each other. “All he had to do was pull the trigger and I was dead,” the executive said. “But then he did something that astonished me. He turned away and kept walking. He gave me my life.”

“Because of that moment,” the leader went on to tell his team, “all the years since, every day I give as much as I can to people.”

By sharing his “defining moment,” he inspired his associates to give as much as they could to their coworkers and customers.

The question is — are you doing that kind of sharing in your organization? Sharing the moment that changed your lives? It has an uncanny, motivational, morale-building quality about it.

It’s one of the 12 keys I will touch on at my re-scheduled Journey-to-the-Extraordinary program being held November 12-13, 2020 in St. Louis. There are only a handful of seats left. If you one to claim one of them, go to www.attendthejourney.com.

I remember another leader who turned around the entire atmosphere of her organization using this “defining moment” technique. She was facing an angry and distrustful audience because of a number of arbitrary decisions made by the previous CEO.

So instead of giving a talk on her detailed predictions about the company’s future, she told the group about her defining moment in a softball game years ago. She had been a champion sprinter in high school, but she had broken her leg skiing, and it had never healed properly. A year later, when playing in that softball game, she hit a single to right field — and was thrown out at first base!

“Until that moment,” the new CEO told the audience, “I had not let myself realize that I was washed up. But when I was thrown out, it hit me that the person I had been — a track star — no longer existed. I had to find a new me.”

By sharing her defining moment, the CEO re-established the trust she would need to lead her team forward.

Perhaps it’s time for you and your team to share some of your defining moments – to stay connected despite our new virtual and social-distance realities.