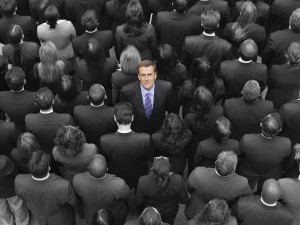 Of all the soft skills … people skills … and leadership skills I teach … no skill is more important than the depth of your concern. When you care about the problems of others, they tend to care about your priorities as well.

I remember one young lawyer who worked with one of the greatest lawyers in the Midwest, a man who had won nearly every case with multi-million dollar settlements.

The young man couldn’t figure out the reason for his boss’ success, so he often questioned his mentor.  “You must tell me your secret.”

Finally, the elder mentor told his young lawyer, “Take a drive with me.”

They went to a grocery store. The old lawyer filled the back of his car with groceries and then drove into the country. It had snowed. It was freezing, and the roads were treacherous. They finally drove up to a very modest, inexpensive farm house and brought in the groceries.

When they went inside the house, the young lawyer saw a little boy sitting on the sofa. He noticed the boy had no legs and learned it was the result of an auto accident. The old lawyer said, “Just thought I would bring you a few groceries. I know how difficult it is for you to get out in this kind of weather.”

As they were driving back to the city, the old lawyer looked at the young lawyer and said, “It is quite simple. MY CLIENTS REALLY DO MATTER TO ME. I believe in their cases. I believe they deserve the highest settlement that can be given. When I stand before a jury, somehow they feel that way too.”